As highlighted by Kotaku, Huffman had claimed that a Call of Duty character called Prophet, who appears in the Black Ops series, was based on his G.I. Bro persona.

The wrestler used a G.I. Bro poster (shown below) featuring his likeness to illustrate his case, and suggested it had inspired and informed the appearance of Prophet.

Activision, however, pointed out that the original G.I. Bro image was actually based on another wrestler, Dwayne 'The Rock' Johnson, from the neck down. The company also argued that Huffman's entire argument hinged on his "facial expression or attitude" being unique, before noting that neither of those things are copyrightable.

"One cannot obtain a copyright in an attitude," said the company. "Plaintiff does not own the idea of an angry man with a scowling look. Plaintiff's claim to a copyright over 'facial expression' or 'attitude' is not permissible and should be rejected."

The jury overseeing the case ultimately agreed with Activision, and in a verdict form uploaded online responded with a simple 'no' when asked whether the Call of Duty developer infringed on Huffman's copyright in the G.I. Bro Poster. 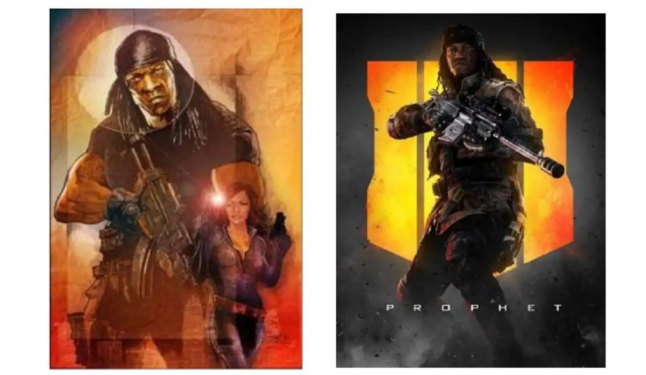