The PlayStation 4 has sold through over 91.6 million units worldwide, according to the latest figures from Sony.

The Japanese company broke the news in a press release, where it revealed the console sold through over 5.6 million units during the 2018 holiday season, helping push it past the 90 million mark.

More than 50.7 million PS4 games were sold around the world during the holidays, taking lifetime physical and digital PS4 software sales to 876 million units.

You can see how the PlayStation 4 has performed since launching back in 2013 by checking out the graph below. 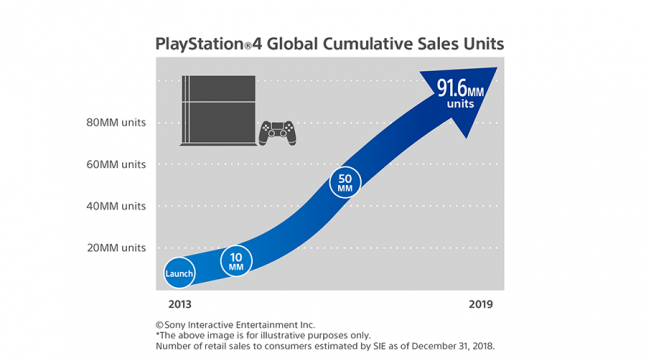