When I was an undergrad I leapt at the opportunity to take a unique class being offered by the Gender Studies Department, the attractively titled “Sex Wars: Feminist Perspectives on Pornography” seminar, which looked at the eponymous ideological battle that nearly tore feminism apart thirty years ago.

There is simply no cure that isn’t worse than the disease, and Valve is condemning itself to learn this age-old truism the hard way.

I may find certain HunieDev games to be a bit eyeroll-inducing as a critic (and, indeed, the fact that they’ve dubbed Valve’s actions a “#waifuholocaust” doesn’t help matters), but I see no reason to banish them from the platform.

There are a range of ethical issues to consider, of course. The aforementioned House Party raises a few. Games that depict sex between people under the age of 18 raise obvious and severe concerns. But blanket bans on “sexual content” do nothing to address these issues without suffocating games that have a right to exist--and, I’d argue, a right to have a fair shot at accessing one of the world’s largest digital distribution platforms.

A Re-Review to a Kill

At the moment, Valve is now telling several affected developers that their games will be subject to “re-review,” which seems to be a step in the right direction: a nuanced, case by case analysis of each game. But I’m still left wrinkling my nose at the fact Valve pulled the rug out from under developers who thought their games were safe--some of whom worked directly with Valve in months or years past to ensure their games could be sold on Steam. It feels capricious--as panics about sexual obscenity often are. And the heightened scrutiny being applied to games with “sexual content” stands out when Valve is, frankly, infamous for its automated, hands-off approach to their platform.

Steam has become a platform for vituperation and abuse that’s targeted countless developers, as well as clogged to the gills with garbage software when it became clear that Greenlight had no red counterpart--but the sight of a woman’s breast occasions the delicate touch of a “re-review”? 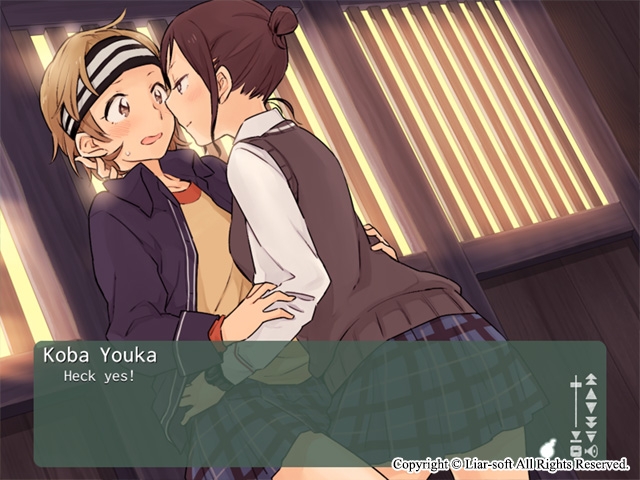 Indeed, as always, it is the woman’s body that remains the site of moral panic in extremis. The visual novel Kindred Spirits on the Roof was flagged in Valve’s censorship drive despite having very little sex in its lengthy romance tale: bare breasts, apparently, sired Valve’s paternalism. This game, too, is being “re-reviewed.”

One Steam review of Kindred Spirits makes clear that there’s a social cost to banning games like this:

Holly crap it's woth the money. Even though I'm kinda conservative (the VN is focused on lesbian relations), I must admit this VN got a lot to offer considering young love. I have kinda tried to challange my wievs on the world recently (homosexuality etc), and all thsese VNs really are a good stepping stone. Let me say this: The ending was fantastic.

[All errors in original]

Would this person’s epiphany have come without the game or its availability on Steam? Perhaps. But there seems to me to be no moral good achieved by making it harder to access, and Valve might have denied this person one of the most valuable experiences a video game can produce.

And for what? Because of a broken definition of “pornographic content”? To make the ruthless religious conservatives at the National Center on Sexual Exploitation happy?

Sex Panic at the Disco

There’s certainly a question raised about about anime-themed media’s unsettling proclivity for portraying teenage girls in a hypersexualized fashion. But I don’t think Kindred Spirits could be justly accused of this, and I also fail to see the harm in a teenager playing this kind of game; what could it depict that they’re not, frankly, already exploring in high school? Far better for young people to be exposed to art that reflects their experiences than for a code of silence to smother them in destructive ignorance.

It’s, by now, a cliche to say that there’s a double standard regarding “moral” complaints about sex versus those about violence. Yet violence certainly gets its due in the stocks. In the wake of yet another school shooting in the United States, Texas’ Republican Lieutenant Governor blamed abortion and violent video games for the plague of shootings in the only country where this regularly happens. Same as it ever was. But what distinguishes moral panics about violence versus those about sex is that the former are mostly driven from without and rarely impact the wide availability of gory games; those about the latter are often abetted from within and severely limit what is playable on our screens. 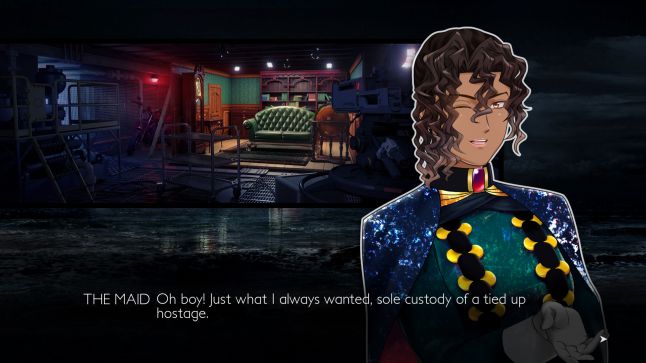 “I really worry that the damage has already been done and that this is going to have a lasting chilling effect,” Christine Love told me. Love, the developer who lent her name to Love Conquers All Games, fears that Valve’s latest push will only reinforce self-censoring tendencies on the part of devs. “[Valve has] already proven that you can't trust their word. I think the worst part here is that this disproportionately will have an effect on creators that can't censor their works. If it's safe to create games that only superficially engage with sexual themes, but could easily have that removed, and unsafe to create games where sexuality is such an inextricable part of the game that it would be impossible to simply patch out, then that's going to have a perverse effect where it encourages games to skew even more towards just surface level sexy content.”

Too Big to Ban

There’s a further hypocrisy to note, as well. Many blockbuster roleplaying games like Mass Effect or The Witcher’s later installments feature very explicit sex scenes. No dangly bits, of course, but a good deal else besides is shown and, indeed, framed as a reward. Would Steam and Origin be forced to take them down or censor these (relatively tame) scenes? There have been no reports of these games being threatened by Valve’s new guidelines, and yet Kindred Spirits has been. It can’t be good for the development of this industry if AAA games are “too big to ban” while indies bear the burden of these capricious guidelines.

If Dragon Age: Inquisition can fuck, so can any other game.

Finally, there’s a larger point to be made about the use of sex in a game, and it’s the same argument I recently made about violence. Banning it erodes the capacity of art to tell certain kinds of stories with anything approaching authenticity. The Town of Light, a narrative-driven game that explores a young woman’s experience in a World War Two-era Italian mental hospital, is a punch in the gut because it never flinches from the violence of a lobotomy or an orderly’s serial rapes. It’s brutal, it chokes tears from you, and this game couldn’t exist under a regulatory regime that expansively banned violence or “sexual content.”

It’s always too clever by half to ask “who decides?” when questioning such standards, which is why my arguments here about sex haven’t relied on that content-free question. It implies that valid decisions are impossible and judgement is irredeemably subjective; neither is true. Even a “logical” process will still take certain subjective values as givens and goals. Rather, adjudging what is and isn’t pornography, and using that vapid standard to make curation decisions, is always bound to fail in some critical way and never accomplishes its stated aims.

The answer to these quandaries, then, isn’t to suspend all judgement, but to change the rubric and shift it away from an overemphasis on sex, which is too often scapegoated or confounded with larger moral questions. Kill the Faggot wasn’t a reprehensible game because it was violent as such, just as House Party isn’t repugnant because it has sexual content per se.

Of course, it’d be nice if Steam wasn’t the only game in town. And this whole farrago illustrates why their veritable monopoly continues to be a slow-burning crisis for developers.