Opinion: Here's what 2019 will be like for the game biz

[In this opinion piece, SuperData Research founder Joost van Dreunen examines ten major trends for 2019, from a fresh wave of consolidations to a fragmentation of PC game marketplaces.]

It’s the time of year when I try to minimize loss of face as an analyst by making generic statements about the gaming industry’s future.

Ha. No chance. Both feet in.

2019 promises to be a great year in games. Innovation and competition will elevate the industry’s offerings and drive more inclusivity among  a broader range of audiences.

Collectively, gamers will serve as the canary in the coal mine as large tech firms look to introduce new technologies to mainstream consumer audiences. Companies like Amazon, Tencent, Google and Microsoft already own and operate massive data centers that virtually-run enterprise applications . As I previously covered, we will see continued investment in infrastructure and content acquisition in 2019 as these billion dollar companies seek to claim the consumer market.

This means that we’ll likely see some surprising partnerships for instance between Tencent and Google in China. Incumbents like Sony, Nintendo and legacy game publishers will have to decide on going at it alone (e.g. EA) or buddying up and surrendering a piece of revenue.

Players win as the PC games market breaks into pieces

It’s not a bad thing. But after more than a decade of a virtual monopoly held by Valve, new contenders have emerged. We already saw how Valve tried to get in front of Epic’s announcement that it was lowering its platform fees. And not long after, Discord popped up with an even better rate. 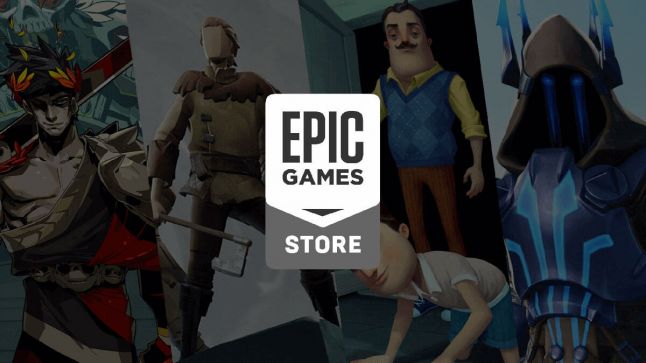 This is good for players and companies that make games. Consumers will get better prices and more choice, and the various digital  stores will compete over functionality and improved user experience. Creative firms can reduce their exposure to a single distributor. Previously, unless you were Activision or EA, you’d have no other option than to join the cluttered Steam store.

Walled gardens will be broken down enabling cross-platform play with anyone, anywhere

Despite digitalization, the bulk of interactive entertainment has remained within one of the various walled gardens. That is going to change. Like telecom networks that allow people to speak to each other irrespective of their phone provider, so, too, will online gaming break down silos. In 2019, cross-platform play will become ubiquitous. The end of 2018 has already shown the potential of this as Fortnite’s success resulted in each of the platforms agreeing to play nicely with one another.

Legacy publishers like Activision Blizzard have also tasted what cross-platform play can do for their franchises: Hearthstone has continued to dominate the collective card game category, because it works seamlessly across PC and mobile, and offers a smooth integration with live-streaming platforms like Twitch.

Cross-platform play should be at the top of every studio’s design agenda in 2019.

After seeing the initial success with subscriptions enjoyed by Twitch and Microsoft’s Game Pass, more companies will adopt this monetization model. Large platform holders like Sony and Apple are looking to grow their revenues by offering content subscriptions. Both of these companies have indicated they have  plans to increase services revenue as a direct response to reaching the limit of how much hardware they can sell. 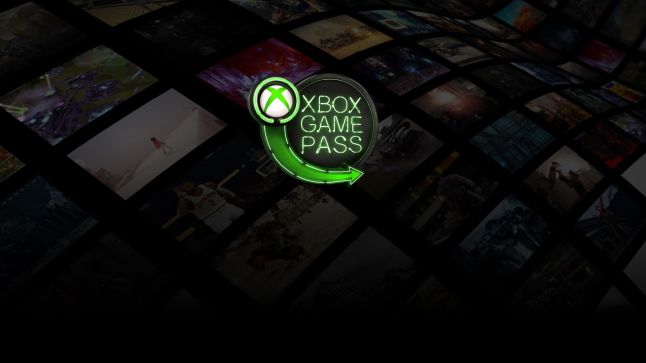 Game publishers have been experimenting with micro-transactions to great success. Tentpole franchises like FIFA, Hearthstone, and GTA V Online have made a mint from what they call ‘recurrent revenues.’ Beyond up-selling their audiences on a regular schedule with content updates, they will explore subscription models that will provide massive discounts and unique content to players in exchange for a more predictable revenue flows.

Now that gaming has emerged as a mainstream form of entertainment, the industry can expect more scrutiny.  In addition, there will be sharper focus on kids and technology in 2019. Data companies will be increasingly under the microscope.

Similar to the loot box scandal that resulted in various governments speaking out, we will see an effort focused on protecting children. This means that game companies will be held to a higher standard with regards to how they handle data on minors.Against the background of a festering trade war between eastern and western economies, data ownership, in particular around children, will emerge as a political topic and strategic business challenge. 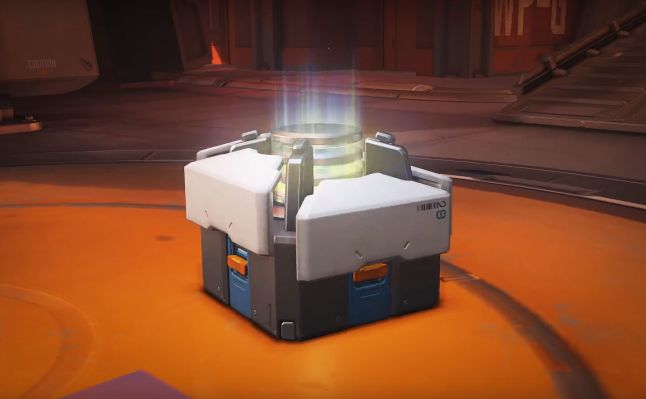 It also means that titles like Fortnite will be fingered as culprits in narratives around an erosion of culture and well-being (although this is largely driven by ultra-conservative and misinformed industry critics). The title’s appeal to younger audiences will make it a likely scapegoat as the usual choir sings its disdain for video games.

This year’s congressional hearing in the U.S. more than satisfied our need for examples of how disconnected government representatives are from technology used by literally everyone else. Different from previous generations, however, I expect the companies currently at the top of the food chain to know exactly how to respond. They will push titles that offer a safe, pleasant space for kids to play, uninterrupted by broader challenges found everywhere else.

Next year will, however, not be a continuation of exuberance as we’ve seen previously. Trends in related industries suggest that gaming, too, will move toward a more concentrated competitive landscape and closer government monitoring.

Further consolidation is imminent for the games industry

In response to the slowdown in consumer spending, some game companies will go out of business and others will gobble up the failing ones to strengthen their market positions. Nothing new here but it does leave room for speculation as to who will buy whom. I previously speculated that Amazon would buy GameStop and still think they might. Only it will happen when GameStop reaches its wits end, probably at the end of Q1 2019.

Across Europe there have been a series of smaller acquisitions throughout the year, some of which are now turning sour. Starbreeze had its offices raided (which I’m told sounded worse than it was). Even so, this year the ambitious portfolio approach of buying up smaller studios and leveraging their IP against efficient distribution networks became, perhaps, too popular.

Finally, I expect companies like Tencent to continue satisfying their appetites for foreign assets. If nothing else, this year has cemented Tencent’s need to diversify as they look to mitigate some of its recent stresses by lowering its exposure to games revenue and further investing in western companies and platforms. Over the past two years its success with this strategy has greatly lowered competition across PC and mobile, the two most innovative categories.

This does not mean that innovation itself is at risk. It just means that the stakes will be higher for any firm that does not make a billion or more in revenues.

The coming winter brings a slowdown in growth, and possibly in revenue and innovation

I’ve been writing about this for a while now. But don’t misunderstand: I want to be wrong about this. While I would like to predict that 2019 will bring even more growth and more money for everyone, the supporting evidence simply isn’t there.

For one, mobile gaming is showing saturation across different markets, including in China. It has evolved from insignificance to become the biggest games market worldwide and is now starting to slow.  We are also at the end of the current console cycle. This simply means that the platforms are going to discount their hardware and the bulk of consumers looking to spend are disproportionately price conscious. 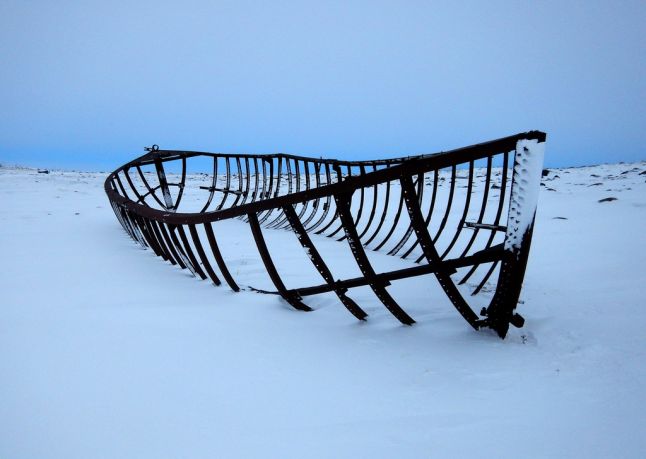 Overall economic indicators suggest that consumer spending, especially in the US, is headed to a slowdown. Following the tax breaks earlier in the year, overall spending surprised even the retailers. But that party is going to end soon. Finally, as gaming has become mainstream its underlying economics have shifted. In broad terms this means that where previously the games industry may have seemed “counter-cyclical” it is going to follow suit with whatever happens to consumer spending at large. In addition, investors have become more savvy and are starting to trade aggressively against game stocks. This means game companies are less inclined to take risks on content innovation (as in the case of EA).

The long-term silver lining here is that this imminent stagnation is the precursor of the industry’s overall transition. But before Spring comes Winter.

Live-streamers and influencers embark on a drama binge

Yes, newfound fame will get the better of them and stupid things will be said. This is still the very first generation that suddenly finds itself thrust into the mainstream spotlight—they don’t have the benefit of the intense vetting that other industries have subjected their rising stars to before sending them on the main stage. With many  still amateurs and competing against one another to win the favor of audiences and aggregators alike, the stakes are substantially higher.

In their hunger for attention aspiring streamers will sacrifice their authenticity and some will undoubtedly ruin their careers before it even starts. Mounting pressures from growing competition will drive this new generation of tastemakers to ‘keep it real’ and remain authentic. Twitch and YouTube will do what they can, I’m sure. But for many, this authenticity will be too much.

Electronic Arts takes a hit in 2019

Among the Big Three, Electronic Arts will have the toughest year. Despite its aggressive expansion effort illustrated by the acquisition of GameFly’s streaming division, EA is going to face the music with investors. This  is somewhat undeserved because financial investors insist on continual growth and generally can’t see past the next quarter. 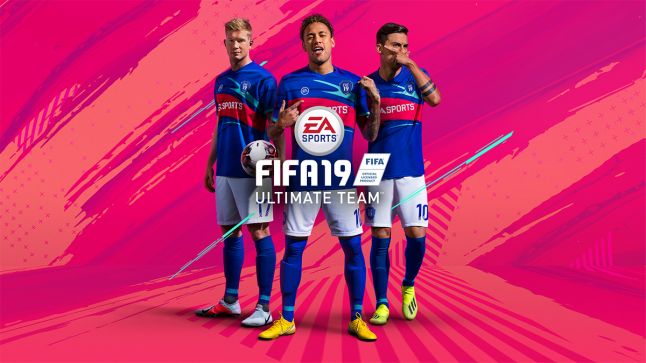 And, to be fair, EA has a few weaknesses: its revenue and, in particular, its margin area highly dependent on the continuing success of FIFA Ultimate Team. In addition, it has relatively little new IP in the pipe which makes it even more difficult for investors to care about the longer term future. Simply put, EA can’t free itself from Wall Street’s needs as several analysts have already started to lower their expectations for the year ahead.

GameStop sells but it’s not a party

I already predicted this last year and was almost right: GameStop has been trying to get acquired for the past six months. Its C-suite is a mess, resulting in a letter from one of its largest shareholders, Tiger Management, to get its sh!t together (aka perform a strategic review).

The company has been unable to find a buyer and now finds itself forced to essentially abandon the diversification strategy it initiated in 2014 by acquiring retail chain in parallel market segments. Just recently GameStop sold off Spring Mobile and is likely to use the money to pay off its debts and improve the likelihood of some private equity firm or a company like Amazon to buy it. No one expected it to be a great year for games retail, but it’s getting sadder.

In summary, we’ve had a great year and a tougher one ahead of us. Initial signals are hopeful but 2019 promises to be a doozy. I’m ready.

[This editorial was originally published as part of Joost van Dreunen's regular newsletter on innovation and interactive entertainment. You  can subscribe to the newsletter here.]