Omdia Analysis: Which countries make the most revenue from esports?

What countries are making the most revenue in the world of esports right now?
Dom Tait
Contributor
October 14, 2021
Image by Florian Olivo via Unsplash

Datapoint of the Week is a recurring Game Developer series made possible by our sibling company and global research leader Omdia.

What’s the largest market for esports revenue in the world? The question has had three different answers in the past five years, but which countries will drive the esports ecosystem to 2025?

China is the global leader in esports revenue, followed by the US and South Korea. Tencent drives China’s sprawling esports ecosystem and its strategy is global, with a “World Connected” initiative aimed at squaring the circle between esports and sports.

Though the five top countries took up 73% of global esports revenue in 2020, this will fall to 69% in 2025 as other countries begin to catch up buoyed by the ubiquity of fast internet. 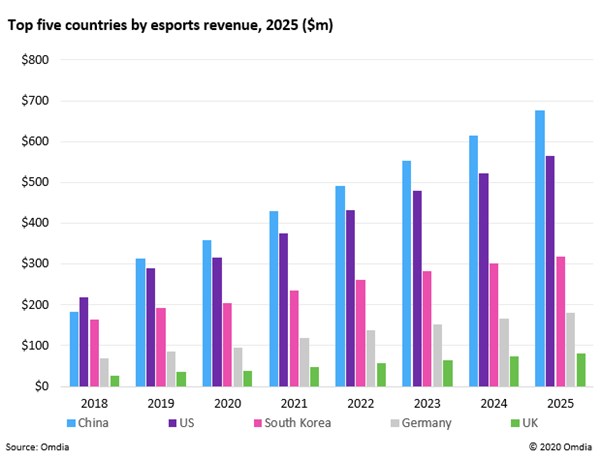 For more data on what countries are pulling in the most esports revenue, click here.

MobileConsolePC
Get daily news, dev blogs, and stories from Game Developer straight to your inbox
Subscribe