If you're curious to learn how Oculus squeezed a mountain of tech into its standalone Quest virtual reality headset, you'll want to check out these pictures.
Chris Kerr
News Editor
July 18, 2019

If you're curious to learn how Oculus squeezed a mountain of tech into its standalone Quest virtual reality headset, you're in luck. The folks over at Road to VR have been sent a series of high-resolution teardown pictures showing how the in-demand device was put together.

The photos were sent over by BadVR co-founder and CTO, Jad Meouchy, who said he'd been "waiting years for a device like this. So of course the moment it arrived, I tore it apart."

In pulling the Quest apart, Meouchy revealed that the battery is stored in the forehead section of the headset, and is actually relatively accessible. The front segment of the headset houses all of the other components, and dedicates a good chunk of space to a cooling fan designed to keep the Snapdragon 835 processor purring away.

You'll also notice the Quest has four cameras mounted around the edges of the mainboard, which are used to enable 6DOF (degrees-of-freedom) tracking. The full set of pictures are well worth a look if you're a keen tech-head, or just want to know what a VR headset looks like once you blow the bloody doors off. 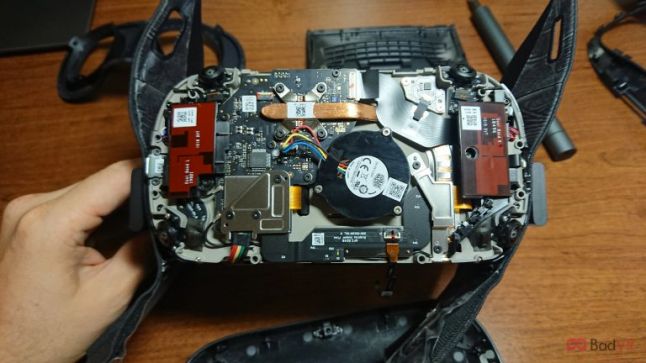