Nintendo is turning the land surrounding its Uji Ogura Plant into a new museum that will showcase and preserve many of its products.
Chris Kerr
News Editor
June 02, 2021

Nintendo is turning the land surrounding its Uji Ogura Plant (based near Kyoto) into a new museum that will showcase and preserve many of its products.

The console maker said the tentatively named 'Nintendo Gallery' project will allow it to share its development history and philosophy with the public. As well as showcasing Nintendo products, the gallery will also house a number of exhibits and experiences.

The renovation is expected to be completed within the 2023 fiscal year, which ends in March 2024. It will see the Uji Ogura Plant, previously used by the company to manufacture playing cards and Hanafuda cards, turned into something resembling a campus (shown below).

Nintendo explained it has been discussing the possibility of creating a gallery for some time, but was finally prompted to do so after The City of Uji approved a plan to re-develop the Ogura Station area near the Uji Ogura Plant. 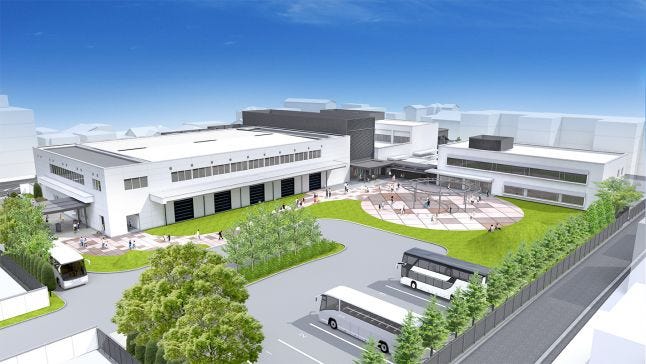