The latest figure was wheeled out during a recent corporate briefing, and means the service has added around 6 million users over the past year -- with Nintendo touting 26 million members back in September 2020.

Nintendo claims it continued to attract subscribers by enhancing and adding services, including Game Trial events and member-exclusive titles.

During its most recent fiscal report, Nintendo revealed the Switch has passed 92 million lifetime sales, but noted that hardware sales have declined by 34 percent year-on-year. 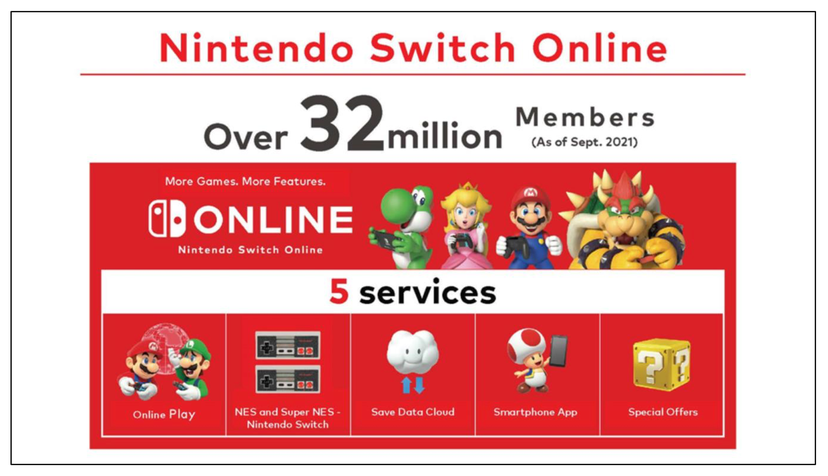