Despite the importance of the Chinese market is to the global games infrastructure, and how many publishers are trying to buy into the region before it’s too late, China itself still seems a little bit unknowable.

Western developers have long been localizing for the Japanese market, and the ground zero of the eSports revolution is fixed squarely on Seoul. But a mixture of censorship, restrictive government policy, and genuine differences in taste has kept the China’s games culture remote.

Since 2002, Niko Partners has studied and interpreted Chinese gaming trends, filling the gaps and answering the questions for anyone interested in bringing their product across the Pacific. I recently caught up with senior analyst and China director Zeng Xiaofeng, and asked him what he thought were some of the crucial things Western publishers need to understand when trying to break into the games market in China.

The first, and arguably the most imperative thing Xiaofeng detailed is the labyrinthine process of successfully (and legally) licensing a video game in China. Despite the country’s notable flirtations with the free market, all mobile games that enter the Chinese public forum must be pre-approved by the government, or more specifically, the State Administration of Press, Publication, Radio, Film, and Television.

Some of the restrictions are notably arcane. For instance, all the text in games released in China must be written entirely in Chinese. Also, in order for a company to receive their revenue, they need to secure a very specific license from the government. The only problem is that those licenses aren’t available to foreigners.

As of July 1st, the arduous process involves completing an application, sending it to provincial authorities for approval, who will then forward it along to the municipal office for another once-over, before being sent back down the chain for a final handover. “There is so much red tape that it filled a 100-page regulatory report we released,” says Xiaofeng.

China has dozens of different Android marketplaces, and it’s important to cover your bases

In the West, we pretty much download our apps through either the App Store, or the Google Play Store. Those two platforms are built into our phones, and it seems extremely unnecessary to seek out an externalized merchant. But that’s not the case for Chinese Android phones. The country has a massive third-party app store industry, and it can be really difficult to get your head around.

The sector makes sense when you think about it. Google has been blocked in China since 2014, so naturally, other tech companies native to the region flocked in to fill the gap. Xiaofeng tells me that if you’re going to launch a successful Android game in China, you’ll need an intrinsic knowledge of the myriad consumer choices.

To give you some sense of the app store industry’s depth, here are some of the major players. Baidu, which shares a name and ownership with the China’s largest search engine. Tencent, the company that purchased Riot Games, runs the massive social networking site WeChat. Then there's Wandoujia, a startup with over $120 million in VC funding. 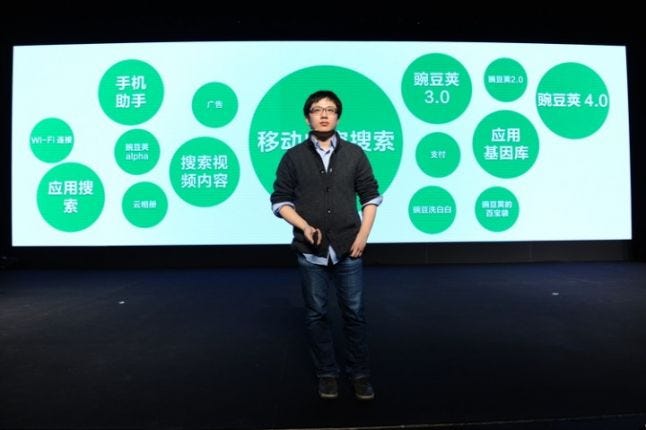 We've heard horror stories about people who hole up in Internet cafes to play MMOs for days on end. But Xiaofeng says that many internet cafes in small or mid-sized Chinese cities serve utilitarian purposes - they are literally the only way some people can play games.

Xiaofeng believes that the setups at the more elaborate cafes in cosmopolitan areas of China are a window into future market opportunities in the West. There, cafes are outfitted with the horizontal, 5v5 set-up you might be familiar with from live eSports broadcasts. “They are great for eSports viewing and participation, and for coaching as well,” says Xiaofeng. “In the US, they hardly exist at this time, but I feel that more will be built with the high-end eSports focus in mind.” 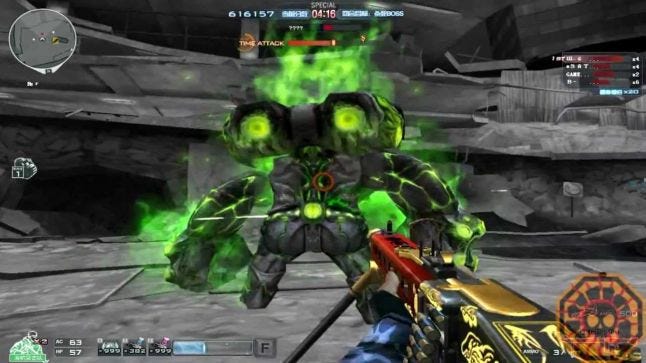 Chinese gamers have a more hardcore, power-gaming appetite than other consumers

The Japanese and Western gaming markets are pretty diverse. You’ve got epic, fully immersive single-player adventures like Final Fantasy and Horizon: Zero Dawn, annualized sports franchises like Madden and FIFA, and casual multiplayer endeavors that run the gamut from Call of Duty to Gang Beasts. That’s not exactly the case in China.

Xiaofeng tells me that gamers in the People’s Republic prefer long, grind-y persistent experiences. “Chinese players love to level up and be competitive,” says Xiaofeng. “To the point that they would rather turn off the graphics if it helps speed up gameplay in order to level up faster.”

In 2015 TechInAsia reported that the most popular PC games in China were the free-to-play Korean first-person shooter Crossfire, the massively-multiplayer isometric beat ‘em up Dungeon & Fighter, and (of course,) League of Legends. There's a real commitment to games. These are the exact same three games that were the most popular in China back in 2013.  Dungeon & Fighter and Crossfire were released in 2005 and 2007 respectively, and League of Legends has been available in China for eight years.

Xiaofeng also notes that Chinese gamers are turned off by realistic imagery, and instead prefer their content to be drawn with “anime-style graphics and cartoon-style avatars.” But despite this general preference, and all of the cultural affinities Ziaofeng highlights, it's telling that PlayerUnknown’s Battlegrounds is currently one of the top-streamed games on the Chinese streaming site Douyo. Game fans in China are not immune to global trends.