Michel Kripalani is the senior games industry manager for Autodesk, overseeing aspects of Autodesk 3ds Max, Autodesk Maya and Autodesk MotionBuilder from the perspective of a game developer.

As a veteran of the videogame industry, founding Presto Studios in 1991 and developing titles as diverse as the Journeyman Project series, Myst 3: Exile and Whacked!. Michel joined Autodesk in 2004 to help focus the product development team on the needs of game developers, and works closely with game developers and publishers from Nintendo to Epic.

Gamasutra caught up with Michel (and PR Specialist Shannon McPhee) at the recent Autodesk Backstage Pass press summit held in Montreal to discuss Autodesk’s acquisition of Alias (Toronto-based developer of Maya), the future of the games industry, and the future of Autodesk itself.

Gamasutra: Autodesk’s attitude to what they do seems to be that they “make stories real.” What’s your take on that?

Michel Kripalani: Well, I think that at the core gameplay is king, but beyond gameplay, all real good games have a story. There’s two ways of looking at a story in games; there are the games that are more narrative driven and have a story that you’re being told or, in a lot of cases, there are games where players create their own story. The process of playing World of Warcraft, for example.

So with the Autodesk tools we are enabling creators to make games, and ultimately all of those games really are story based whether its stories that are being told to you or stories that you’ll tell afterwards. 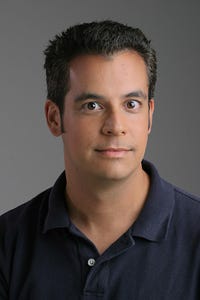 GS: Both the 3ds Max and Motion Builder teams are based in Quebec. Are there particular benefits for being based there?

MK: I think there are definite benefits, I think that at this stage you have to remember that there’s a huge history of 3D creation tools that comes out of Montreal and Quebec, reaching out as far as Toronto. There’s a wealth of intellectual knowledge, the talent pool, that’s available in that particular region of the world. It’s second to none for that type of work. There are things such as government incentives that have created this atmosphere that go back many years and have helped to create this atmosphere, but the fact that there are so many people centrally located there that makes the location really powerful.

GS: There’s a huge games community in Quebec; do you find yourself working particularly closely with the likes of Ubisoft Montreal?

MK: Absolutely. There are actually a lot of companies that are located nearby and we communicate with all of them quite regularly. They assist us with our feature plans, we try to be very good about speaking to customers to find out what it is that they need in our future releases. We get a huge benefit for having such high quality developers right in our back yard.

GS: Does this include the Alias location in Toronto?

MK: It does, there are many developers; not that there are any of the scale of Ubisoft…

Shannon McPhee: We do have Rockstar, and Silicon Knights...

MK: Of course, Koei from Japan. The message there is that there are very high quality developers there that are doing excellent work, but Ubisoft’s studio in Montreal is probably one of the largest in the world.

GS: Speaking of Alias, how has the merger been working out?

MK: It’s been very strong; we’re very excited about it. If you look at the games pipelines around the world, there’s been a mix of Maya and Max games pipelines used, and there’s been a big battle backwards and forwards about which one is better. Now that we have all the information we can see that it’s essentially quite balanced.

The number of people using Max for development and the number of people using Maya for development is actually quite balanced around the world, and so rather than allowing the fighting and kicking and screaming to go on back and forth between the two applications our focus now is interoperability. And what we’re going to do is using FBX [Autodesk’s new universal file standard] and our other technologies we’re making it easier for developers to push data back and forth between programs.

The great thing about this now is that studios can choose between one, the other or both integrated, whatever balance they like, and if they have an artist that they want to hire now it almost doesn’t matter what package they use; they can hire the artist on the strength of their art and experience, and integrate them fully into their pipeline.

So, the merger has worked out as even better for developers than it has for Autodesk! It’s going to give them a lot more options to just focus on the creative work and not have to worry about which one is going to be the perfect tool for them to use.

GS: So you don’t see the product lines merging, even in the longer term?

MK: No, it wouldn’t be technically reasonable to do that; the code bases are substantially different at the core and that would be a monumental task that just wouldn’t make sense. The Max business was very healthy before the acquisition, as was the Maya business, and there’s no reason to think that would we would need to have one continue over the other or to merge them together.

They work very differently at the core; for the artist to work with them as a tool the thought processes in either package is a little bit different. So we’re going to keep them separate, but we’re definitely going to push their integration.

GS: You consider them different enough to keep them both running?

MK: Oh absolutely. They both have their huge strong features based on the way they’ve been created architecturally from the ground up.

GS: Who do you see as competition for Max and Maya?

MK: We can’t comment very specifically on our competitors, but people are now using Max and Maya very much as the central hub of their game tool pipeline, and there are a lot of really great satellite packages that are available to do other things. Just to pick one example, something like ZBrush is a great organic modeling solution that can plug into either Max or Maya; you wouldn’t build an entire game pipeline around something like Zbrush, but as a satellite package that you just pull into the core foundations of Max or Maya it makes perfect sense.

That’s just one example. There are lots of tools that all plug into the foundation and what we’re trying to do is we’re trying to create the hub on which developers can purchase and use satellite packages or develop their own.

GS: With XNA and other developments in the indie scene, do you see Autodesk working to serve that kind of market?

MK: I can’t specifically discuss our future plans, but I can tell you that people who are diving into XNA, which I’m a huge supporter of, have a couple of options; one is to do something like the 30 day trial of 3ds Max, which is a really great way to get into it, or maybe the Maya Personal Learning Edition…

SM: The interesting thing about XNA is that our FBX format is the only format that Microsoft is honoring outside of their own.

MK: We have a strong relationship with Microsoft and together we’re really trying to help design FBX to be a really solid data interchange format. What that means is that it’ll be an available platform for other people to write software that can import or export FBX files, that could go into XNA, or whatever pipeline you’ve got.

This should all make games development easier, more efficient, and cheaper, at the end of the day. 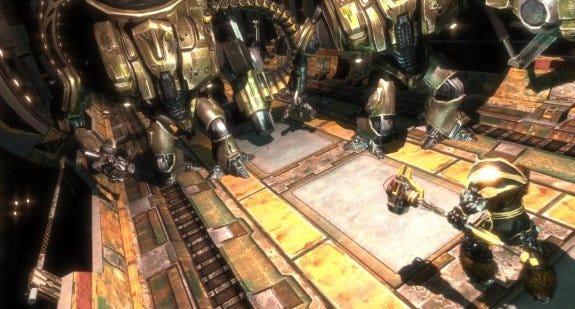 GS: With traditional developers; do you listen to their concerns and “wish-lists” when developing new features?

MK: We are always speaking with developers. There’s a great example of features and how they come about. Way back when in the Max 5 and 6 days, when we were starting to do early prototypes on normal mapping, our development team worked very close with Epic games at that time to develop the features that were required for normal mapping, and all of those features were rolled in and launched in, I think it was Max 7. And since then we’ve been iterating and iterating and now our tools are the best normal mapping tools in the business. Max has them, Maya has them, and normal mapping is a great example of the complex math that is required for next-gen pipelines.

So we try to identify these trends early. We develop the tools with the cutting edge developers of the time, and we roll them out into the mass-market.

GS: You seem to work very closely with Epic.

MK: Yes, we do; it’s one example, though, we don’t need to single them out too much! We work very closely with many developers in the industry. One of the things that I do in my role as the games industry manager is that I identify developers that are really pushing the edge that are interested in working with us, and I open a dialogue with them. We have regular communication sessions with them, and that helps to give us focus.

Specifically with Epic I’m familiar with their pipeline because we took them on tour in Asia last year; we do pretty large customer tours where for two weeks we take our really high profile clients on tour where we talk about all of these sorts of things.

MK: Absolutely. Again, it’s a tricky thing as we can’t really talk about our future product plans, but I do think that MotionBuilder is a really great example of a product that’s standing out from its traditional core product line. MotionBuilder is a great tool for really efficient animation, and it started as tool to assist in motion capture, but it does so much more than that, and we find that studios that implement it are really able to supercharge their animation pipeline.

That’s just one example on where we can stand out and we have lots of things where we can expand our overall suite of products.

Another thing I’ll mention is our HumanIK middleware solution that we have available; it’s more appropriate for games, and what we’ve done there is we’ve taken the key human body kinematics/inverse kinematics system from MotionBuilder and we’ve made that available to game developers and there are a number of games that have shipped this Christmas that have that technology as a core part of their running game code.

GS: What would you say the future holds for Autodesk?

MK: The outlook is great. As a company Autodesk is a very large, very stable software company; this quarter we had revenue of $457 million.

But the bottom line is that the games market is a huge market for us, we have a lot of focus on it, and I think the fact that Autodesk hired someone like me, as they did two and a half years ago, shows the importance that they stress on the market, and the acquisition of a company like alias shows their commitment both to film and to the games market.

The games market itself if you look at it worldwide is growing at – let me think – roughly 12, 12 and a half percent a year, and I think that tools are a huge component of that, as teams are getting bigger and people need more pipeline, and I think that quality tools, such as Autodesk’s, are going to be part of that.