After years of speculation, mixed-reality startup Magic Leap today released its first product: the "Creator" edition of the Magic Leap One headset, which is aimed at devs and costs at least $2,300.
Alex Wawro
Blogger
August 08, 2018

After years of speculation, mixed-reality startup Magic Leap today released its first product: the "Creator" edition of the Magic Leap One headset, which is aimed at developers and costs at least $2,300.

That's a hefty asking price, albeit one that affords devs access to a mixed-reality headset that's been the subject of years of speculation. The headset itself is technically called Lightwear; its connected via cable to a pocket-sized puck of a PC called the Lightpack, and corresponds wirelessly with a remote called the Control.

Gamasutra recently spent some time using the headset and talking to the folks that built it, and you can read all about it if you're looking for more details about how it works and what it means for game devs.

In addition to the $2,295 price tag, devs can spend $495 for the "Professional Development Package", which includes a Magic Leap Hub cable and membership in the company's RapidReplace program, which aims to provide hardware replacements within 24 hours.

The technical specs of the headset are excerpted below, and devs can find more technical info over on Magic Leap's dev-focused Creator portal. The headset itself can be ordered via the company's website, and is currently only shipping to folks in the United States. 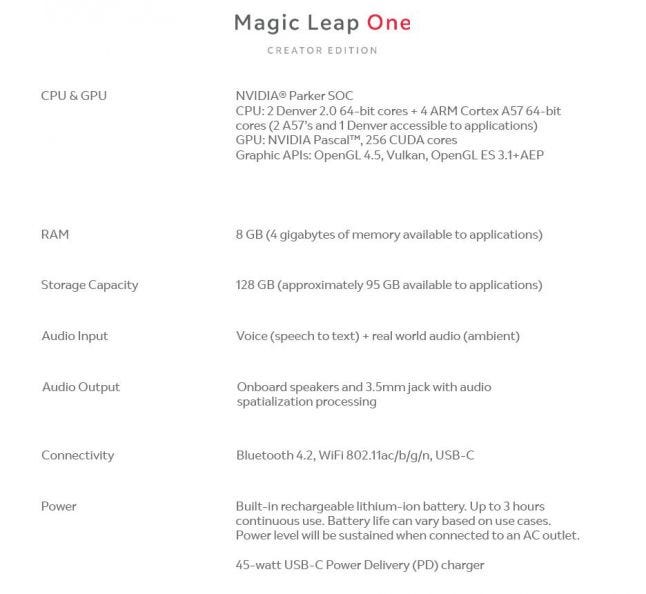