Lessons and statistics after third year as an indie developer

Taking a look at my third year as an indie: what things worked, what did not, lessons learned.
Vladimir Slav
Blogger
February 18, 2019

A year ago I’ve published an article about surviving two years as indie developer. On 26th of January 2019, my company became three years old. 2018 was a year of changes and new revelations, so I’ll try to outline them here. I hope these things will give you a perspective if you are only planning to go into indie / starting out. 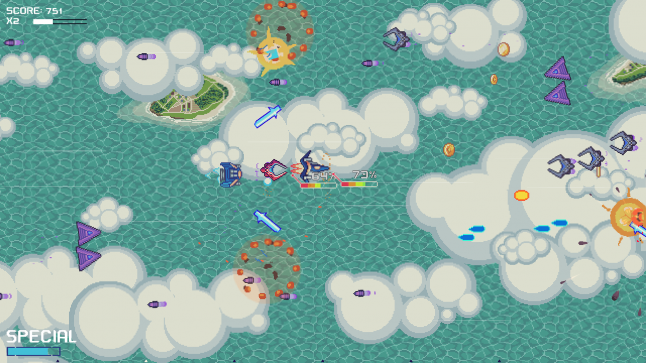 My background and current situation: 29 years old. Live in Riga, Latvia. After doing web development, I went to work as C++ dev for 4 years and then quit my job to start making games. First year was libgdx, then I moved to Unity. Apart from me, my studio right now have one other employee. In the end of 2017, we released a _relatively_ successful indie game Lazy Galaxy which combined incremental and RTS game mechanics.

I'm a bit conscious of writing these. If you are a seasoned indie developer - I think you might laugh at my advice/experiences. But if you are thinking about starting out professionally - I'm hoping this could save you some pain. Here goes.

Success of one game does not guarantee the success of the next one.
I guess this is obvious. Still, subpar launches will affect you in a way even if you rationally understand it. When I was launching Lazy Galaxy: Rebel Story, I was fairly confident that “same franchise, different genre, but I’m going to make it.” Yeah, it did not go great even though it’s my highest-quality game so far when it comes to production value.

Aim for niche. But not super-niche niche.
There are too many variables why Lazy Galaxy release worked and Lazy Galaxy: Rebel Story did not. I think the incremental game PC market is underpopulated. I think I added a good twist (RTS battles). For Rebel Story, I went for SHMUP genre (there wasn’t many popular shmups released in 2018 at that point so I felt I had a chance). The niche might have demand, but it’s way smaller than incrementals.

Do market research: if your gifs are getting 5-10 likes on twitter during screenshotsaturdays, it’s probably not the project you should be focusing on. Same goes for finding a publisher. If you want publisher and everyone keeps rejecting you - maybe (but not necessarily) you have a risky project on your hands. YMMV. 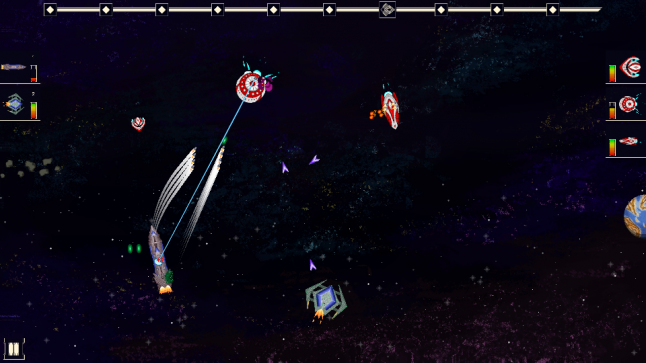 Project Scope.
Rebel Story took 4 months to make and 2 months to port on Consoles. So far it’s a loss, but it’s (hopefully!) going to be OK in 6 months if I combine the sales on all three platforms. It would not do OK if the project was longer and if it required more manpower. This is just how it is. For now I’m still sticking to 6 month projects. Lazy Galaxy was 10 months. But it was that way because it had traction at the release and I could see that I could keep up with the development without going bankrupt. As soon as sales stopped – I did one more month of updates (adding features on a game that left early access) and moved on. I’d love to heave a project of my life, but it was not it.

I think it’s sensible to not spend more than 6 months on a game if you don’t have enough sales / funding to warrant it. No, that does not mean that you need to abandon games. That means that you need to have a feature-complete game that could be made in six months. In addition to that, you need to have a plan how you would update / expand it if it went well. Be ready to embrace success, but budgeting for failure is also important, you don’t want to go broke if one of your projects failed :)

Early access launch is not necessarily “the main and only launch”
At least for small and mid-size indies. At least not anymore. I remember this being told a lot to me in 2016 and 2017. In my case, it was not true: on the month of launch, Lazy Galaxy got more sales than it did when it got to early access.

Which brings me to the next point.

The game release is a sequence of decisions.

Don’t stress it. I can’t pinpoint that one decision that would make the game flop or bring it to the top. I see devs (myself included) worry about release dates / steam tags / twitter presence / handling early access / “you name it” all the time. Right now, I think that if you mess up one of these points, things can still work out. There is luck factor involved. You can also do some things right and still fail. Doing things properly just gives you a higher chance to succeed. Lazy Galaxy was getting 15-20 likes on good #screenshotsaturdays. But it still did OK on launch. Lazy Galaxy had 14th of December release date (bear in mind that it was easier in 2017), but it still did OK. You might luck out, but why risk it if you know better?

In the second half of 2018, I managed to get a help of a mentor! Lottie Bevan from Weather Factory kindly agreed to have short monthly calls / email consultation whenever I needed something. I want to say that this really helps to add a perspective to whatever you are doing: even if you feel like you “have it figured out,” it really helps discussing it with someone and seeing whether you are wrong or not. It has been a tremendous help and I really appreciate it.

First, the (seemingly) depressing graph. Company income ( from both freelance and our own games ) vs expenses. 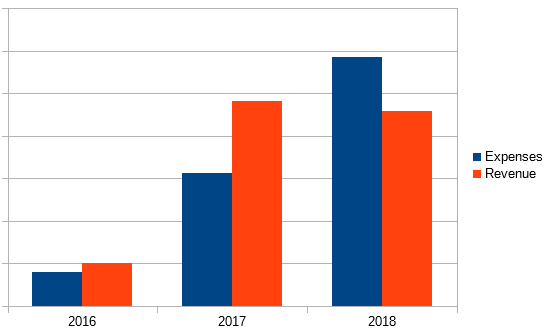 As you can see, the revenue of 2017 mostly went to cover expenses of 2018 :) I am still paying myself close to minimal salary, but it felt more stable this year (I had to skip a few months in 2017 and almost every month in 2016). There is a nitpick though.

Our own games earned company more money than freelance in 2018. Isn't it cool? Still not enough to sustain 2 people, but I'm pretty excited about what's to come in 2019. Seriously.

Bear in mind that I was working on my own games every year at least 50% of the time. 2016 was a terrible year (money-wise) all-around. My games were subpar to say the best. 2017 was OK because I could find side-jobs and get some game-related freelances which I consider a step forward. The release of the small arcade game, Frequent Flyer, helped.

At the end of 2017, I’ve launched early access of my game, Lazy Galaxy and released it in March 2018. This has proven to be my most-successful game so far. It is fair to say that it broke even and is bringing a smallish profit now (my sales dropped by ~70% after October changes though, but maybe it’s not directly related? the game was rather old at that point).

Lazy Galaxy: Rebel Story did not do well on Steam, but consoles were much better. Both Nintendo Switch and Xbox outsold Rebel Story on Steam. Even though it’s not such a huge success story like late indies of 2017, the game did considerably better on consoles.

I have no idea how consoles pick which developers they want to allow / deny. Even if I had – it would probably be under NDA. I think credibility / released games matter: some people I know could not get in even with better-looking games (compared to Rebel Story) because this was their first game.

In any case: if you can - diversify. If you can't get to consoles, try to design your games to support phones. It helps. Maybe not so much with phones, but it gives you extra exposure and mobile games are much easier to show at social events.

I got a scholarship for GDC (covering attendance ticket and living in SF) and so even though the plane tickets are not cheap, I’ll be able to go this year! I’m both excited and scared, but I am definitely looking forward to it. If you are going too – drop me a message / email and I’ll be happy to meet up, talk about indie development and chill :) I haven’t been to US before so I’m anticipating some great new experiences.

What I can conclude from 3 years:

I am fairly sure that not everyone who goes indie will make it. Maybe I'll be one of those who won't. Who knows. Days are often filled with worries about future, but they are equally filled with exciting moments of anticipation and seeing your work done. One thing that I'm sure of: things get better with time. If you are willing to face your mistakes and learn from them: you'll eventually get better. It does not guarantee that you'll make a hit, but it gives stability over time. Our games suck less, even if they are not up to world standards yet. I'm hoping to devote my 2019 to making games and I'm looking forward to what we'll have to show for it in 2020. Peace and may you have a good 2019!