If beauty really is in the eye of the beholder, then landing on the right art direction for a game that could be played by thousands or even millions of people must be something of a nightmare.
Chris Kerr
News Editor
August 05, 2020

If beauty really is in the eye of the beholder, then landing on the right art direction for a game that could be played by thousands or even millions of people must be something of a nightmare.

At GDC Summer, King London art director Riana McKeith explained how she rose to that challenge when working on a now-canceled title called What Next, Chief? for the mobile studio.

Steering the art direction on a new mobile project at King, which boasted 249 million monthly active users earlier this year, means you have to design for an incredibly diverse global audience. Accordng to McKeith, that means artists must decide on a creative methodology before putting pen to paper, and in her view there are three fundamental approaches: auteur, intuition, and data.

Those who choose the auteur approach will rely on their own creative vision, which allows potentially innovative results to be produced quickly. The drawback here, is that it's completely reliant on how great an individual is at making artistic decisions, and there's no way of knowing if those highly personal choices will strike a chord with the masses.

The intuitive approach revolves around making a game specifically for your audience. You must establish who you're trying to make the game for, and then use your own experience and empathy to understand what they want out of an experience. This approach can be innovative, but it can also be uncomfortable for artists that aren't used to sacrificing their own personal taste.

Finally, the data driven approach is one that's becoming increasingly popular in the mobile space. McKeith explains this "extreme" methodology relies on running every single creative choice past players, which delivers reams of feedback that can inform decision making, but also has the caveat of slowing down the process. It also might not lead to a "holistic vision" due to the sheer number of independent variables in play, and could eventually lead artists to create something that's reactive rather than progressive.

So, which approach should you pick? Talking specifically about her experience at King, McKeith said the company likes to combine the intuitive and data methodologies by bringing together the best of both worlds. The auteur approach is discarded completely, as it can't account for the sheer diversity of King's massive audience.

"Fundamentally, the way King likes to look at this is by combining the best practices and creativity of the intuitive approach with that little added certainty that data can bring you," she explains. "In the end, this comes down to the idea of trying to reduce some of the uncertainty in what is naturally a very uncertain process. You can never reduce it to zero, but in reducing it down to a more manageable level you can be confident in the decisions you're making." 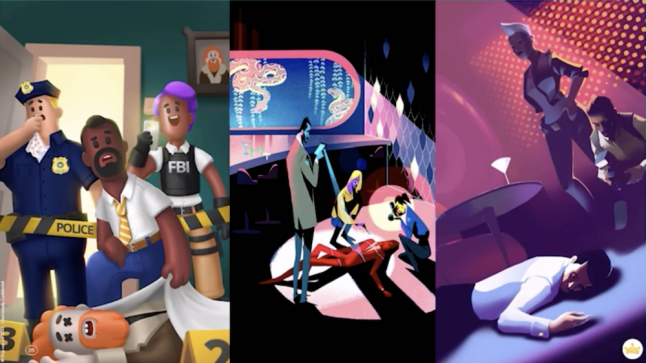 After that, there are more key questions that need answering. For instance, who is your audience? Figuring that out can be difficult, and it's often tempting to chase specific demographics based on metrics like age or location. McKeith, however, claims that designing art for those reductive demographics would be a mistake, as there's no way of empathizing with someone purely on where they live, or how old they are.

"Demographics are false friends," she continues. "They can feel very comfortable and familiar to use. I'm sure if I asked you to think about a 35 year old man, you could do so and come up with a really good picture of what they'd like and what they would play. But that's going to be based on all of your personal experiences of 35 year old men.

"It won't necessarily help you understand what all 35 year old men like, so at best demographics are quite unhelpful, and at worst -- especially at this stage as an art director -- they can lead you to using those societal biases and stereotypes to make your art decisions, and that can be really problematic."

Instead, McKeith prefers to use a model that considers a person's motivations, interests, and lifestyle, rather that simply looking at the arbitrary numbers and statistics that define them. Data and research from other industries -- such as the movie and literature markets -- can be of use here.

During that early stage of development, it's also critical to consider what sort of emotions you want your artwork to elicit. With What Now, Chief? her team created a variety of images (pictured above) to explore what the game might look like. At this stage, it might be tempting to run those images past prospective players and let the data guide you. McKeith believes that would be a mistake.

She runs a 'tone workshop' that brings together everybody working on the game for a discussion that gets to the heart of what they're trying to create. The image embedded above depicts different art styles within the crime genre, but each one stirs completely different emotions. So, it's never as straightforward as simply saying 'let's create a crime title' and pushing forward, because there are so many directions to choose from within that bubble.

Ultimately, she explains, you're trying to understand how that tonal choice will sit with players, affecting things like emotional impact and accessibility. That discussion helped them choose a tone for What Next, Chief?, ensuring the title would have a serious undercurrent but plenty of levity thanks to a dusting of dark humor. It would be suspenseful, but not upsetting.

"Doing that as a team can help you avoid a tone mismatch, and that's where the artwork you've created is fundamentally at odds with the player experience when they download and play the game. This creates a real sense of dissonance for the audience because they didn't get what they expected," she adds.

"In a free-to-play mobile game, that basically means your game could be unsustainable. There's nothing worse than spending months creating a game to find out the people who've downloaded it don't like the experience you've created."