Inafune: The Hope of the Japanese Industry?

The outspoken creator and former Capcom R&D head offers more of his take on what's wrong with the Japanese industry, explains why he felt the need to found three separate companies, and discusses the future he hopes to help forge.
Christian Nutt
Blogger
March 23, 2012

2011: "... people just aren't hungry enough any longer... there needs to be something that gets that feeling back."

2012: "Time is running out and we should have realized this when I made that bold statement a few years ago."

Keiji Inafune has settled into his role as the doomsayer of the Japanese industry. Since quitting his role as the head of Capcom's R&D in 2010, he's struck out on his own, forming three companies in 2011 alone.

Comcept is devoted to developing new IP; Intercept is more of a traditional game developer, and DiNG -- which is so new that it hasn't yet been reported in the Western press -- is to focus on the goldmine that is social and mobile games. It booted up in mid-December.

But what does Inafune really plan to do? Does he feel comfortable with his role as the main critic of the Japanee industry from within? Can he really run three companies at once? Gamasutra sat down with Inafune at this month's Game Developers Conference to try and get some answers to these questions.

We also wanted to find out what's up with his announced 3DS game King of Pirates (turns out he can't talk about it much at the moment -- beside that "it's starting to shape up to be a really awesome game" -- but he did confirm it has a publishing deal).

In the end, Inafune has to prove himself all over again now that he's cut ties with Capcom. Can he do it? His words suggest, at the least, that he is determined to do so.

Has starting your own company been easier, harder, or about the same as you expected?

Why is it broken up into two companies? I've read things you've said about it, but can you really explain to me why you have two companies? 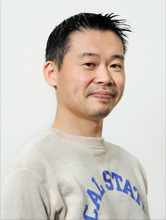 KI: [laughs] So, I feel that you don't need to just have one company. You can have many companies, and they can kind of put all their troops onto whatever their focus is.

I've got Intercept, of course, which focuses more on the game production side. And I recently created a third company [DiNG] that focuses more on mobile and social. And I've got Comcept.

There are a lot of different things that I want to do, and I don't feel just focusing all of that energy in one company is going to be enough. I need to put that in different directions, in different companies.

Can you actually manage all three of them effectively as one person?

KI: When I was the head of R&D at Capcom, I was in charge of 900 people. Now with these three companies, all of the staff added up, it's around 30 people, so yes. Easy task.

[laughs] Yeah, but it's tackling very different things. It's not so much the number of people; it's the things you're tackling, particularly moving in new spaces. I know you're working on social and mobile, at the same time you're working on traditional console games. It's a lot to handle.

KI: So, yeah. I only appear that way -- that I'm doing a lot of new things that I've never done before, and that I'm branching out in so many directions that it could be hard to imagine. But that's totally not the case. When I worked at Capcom, I was in charge of arcade, mobile, I was in charge of kids' games and regular console games. What I'm doing hasn't really changed. You know, I was spread just as thin at Capcom, but still I was able to do it very easily. So, it's not too different from what I did at Capcom, what I'm doing right now.

Is it enabling you to do things that you couldn't do at Capcom?

KI: One of the things that I can do now that I couldn't do at Capcom is I can just jump into some new creative venture that I never could. Like at Capcom, even if I had a really good idea, I had to sit there and pass it by a bunch of approval processes and get the okay from people to move forward. So, it would take six months. Here, I can have some great idea, and the very next day just say, "We're going to do that," and we start doing it. So, just being able to move very quickly behind some of the creative ideas I have is something that is nice to have at the company.

KI: Ultimately, it would be nice to grow the company to be larger than Capcom, but even if I did that, I want to make sure that we'd have some of the key values that we've developed through these small companies, and that is being able to have a speedy decision-making process, along with sharing information effectively between the different companies.

What inspired you to come up with these concepts of how you want to run a company? Is there anything you looked at in other industries or other countries? What is different here than the traditional Japanese game industry?

KI: So, one of the things that makes my business model and my company very unique compared to other traditional Japanese developers and publishers is that Comcept in itself kind of focuses on what we feel is a good concept for a game, and something that's very creative, and something we want to build a brand around, build a game around.

A lot of companies, if you look at them today, they'll be like, "Oh, Okay. How do we monetize? Where's the money to be made? What are we giving the consumers that they want?" They don't really have a creative vision for what to build a game around.

That's one of the things we have that feels very unique. We have this creative concept, and that's what we're going to build our IP around. We're not going to focus it necessarily on the money. That's still going to be an important feature. We're not going to focus it necessarily on what exactly the people want. This is going to be our vision and what we're going to stick to it. And sort of having a company that does that these days is actually quite rare. 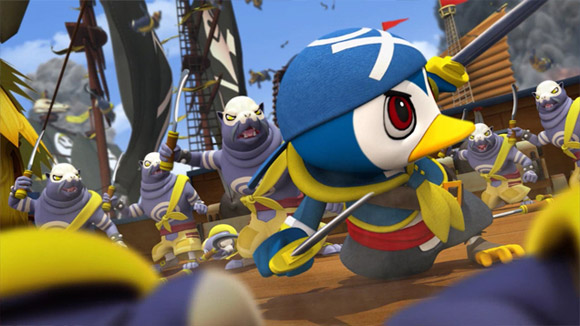 KI: The big difference is those companies don't have Keiji Inafune working for them. I'm not running the company. I'll go into a little explanation on that. That is, Comcept, Intercept, all the companies, they work under my umbrella. They understand who I am. They understand the concepts that I've got, right?

So, if you look at other companies, they may have a president, they may have producers and directors, but these guys sometimes don't really understand. In the end, you can't say whose game it was that they made. They're not really unified as a company under a single person's vision.

And these companies are all unified under my vision. Therefore, we're able to be very focused and understand that this is the concept. All the people that work for me understand how to follow and how to iterate and execute on that concept. So, we're just a unified team moving forward versus some people being political, some people pretending to be a producer and not really having a true skill to do it, and not really having a vision, or whatever. We are a unified single unit.

KI: You need to have the right foundation in the company before you can really get to that level. Right now, all of these concepts, basically, they come from me. Right now, the key point is to try and get the staff to be able to execute on my vision.

Once I get enough people that can execute on my vision, then of course, when they come up with concepts that make sense, I'll know that they'll have learned all they need to learn to be able to create their own vision and execute on that.

Right now, it's more of the training and learning process, and executing process. But of course long term, every good teacher, every good father, wants his students to be able to branch out on their own. That of course will be the long-term vision.

I think the Japanese industry has had a problem with that, in the sense that younger people are not rising up and becoming well known. There seems to be a ceiling. If you listen to something that Miyamoto recently said, he's trying to make people at Nintendo think about what's going to happen when he's not around, because right now they don't think that way.

KI: The biggest problem is they're never giving chances to the young guys. So, they're thinking, "It's just faster if I do it myself. If I do it myself, there's not the risk of it being a failure." They just don't really have the bravery to give the younger generation a chance. That is the biggest problem that I think is occurring within the Japanese industry right now.

If you look at the Japanese game industry in general, if you want to become a director, if you become a director by the time you're in your early 30s or mid-30s, that's pretty good in a major publisher or a major developer. But at Comcept, we actually have two directors that are in their late 20s. So ultimately, we're giving people their chances at an earlier time. They would never have gotten these chances if they were at Capcom or some other big publisher.

So, we truly believe about giving people chances, helping to teach them and helping to train them at an early age, rather than just being like "Oh, it's a hassle to do that." It's not convenient.

Is that what you think is the biggest problem facing the Japanese industry right now, or is that just one of the big problems?

KI: It's one of the problems. In Japan, there are a number of small problems like this that have added up to a big problem. That's just one. Obviously, there are problems with the companies, problems that we don't have enough creators, problems with younger developers not being given a chance.

You've kind of become the spokesperson for "the Japanese industry sucks" right now. Are you comfortable with that?

Is there anything that gives you hope, that you've seen changing?

KI: So, ultimately, if I work my butt off, if I show them there's a different way, then I think naturally, they will come. If you build it, they will come. If you show them there's a different way to think about game development, they will naturally support you, and more and more people will change their way of thinking. So, yes, somebody has got to stand up and try to make a movement, got to make it work, and then people will start to change their way of thinking. That's usually how that happens in life.