If the rumor about the NX is true, what does that mean for Nintendo?

Is the NX really going to be a mobile/console hybrid with an NVIDIA Tegra and detachable controllers? Gamasutra staffers weigh in on the latest rumor that's set gamerdom aflame.
Phill Cameron
Blogger
July 29, 2016

Eurogamer set the internet aflame when it reported that anonymous sources had given insight into what Nintendo's next console, codenamed the NX, might look like.

It will reportedly be a console-mobile hybrid, a tablet-like device with an NVIDIA Tegra mobile processor under the hood. It plugs into your TV by a docking station, and has a pair of portable controllers that disconnect to make local multiplayer happen. Also, it will use cartridges.

Gamasutra staffers gathered together to discuss this theoretical hardware. If this is what the NX actually is, what does it mean for Nintendo?

ALEX WAWRO (@awawro), news editor:  Yeah, this could all be total hooey, but it seems to jibe with a lot of the reports trickling out from anonymous sources this year about what NX will look like.

I think it's interesting that this latest report suggests NX is basically a flip of the script from Wii U -- instead of a home console with a detachable, portable (within about 25 feet) gamepad, we have a vague description of a portable console that can be attached to a base station for use on a TV. Plus, The Wall Street Journal reports that "a person familiar with the matter" says the hybrid handheld-home console will also be compatible with Nintendo's smartphone offerings, which could mean anything from basic data-sharing to full-on cross-platform play.

I guess my biggest concern, for Nintendo and any devs looking to release games on this platform, is what NX can do to build a significant playerbase when so many people already "game on the go" using their smartphones and tablets. One promising highlight of Eurogamer's report is that the device in question is described as having detachable controllers bolted to its sides -- maybe that's enough to set it apart? At the very least, it opens some intriguing possibilities for multiplayer portable game design.

Is this concept drawing of the NX that Eurogamer featured real?

BRYANT FRANCIS: For some reason when I read the Eurogamer report I became instantly more interested in this device. Mostly just for the sheer fact that it hasn’t been done before successfully! If they pull it off, I kind of hope it works for the sheer ‘unconventional’ value that the Wii had.

I do wonder how much this device would directly compete with mobile gaming’s takeover of the kid’s market that we discussed previously. On the one hand, conventional wisdom says there’s not much reason for parents to buy another device for their kids to play games on the go with when they can just use the family phone or iPad. But on the other hand, if there’s a stable base of games that you CAN’T play on mobile, (or better yet, can interact with your mobile device), maybe that’s a solution enough to wedge a new space in the portable games business.

The mobility of the NX does make me wonder about the fate of the 3DS. It’s a somewhat older game system now, that’s seen an upgrade to help power newer games, and maybe Nintendo sees something valuable in converting that playerbase into a console-owning playerbase?

From a design perspective, mostly I’m just interested in the possibility of playing Zelda: Breath of the Wild while flying from coast to coast. (Though I guess if I was ambitious I could still do that with a Wii U right now.)

Remember the Nintendo patent images from late lat year? They certainly touched off a lot of speculation and phoney mocked up images of what the NX might look like...

CHRIS BAKER (@chrisbaker1337), assignment editor: When we last had a discussion about the NX, I predicted that it would be:"a console/mobile hybrid, like a WiiU controller with full console functionality inside of it. It connects to your TV when you're home, and it's also a touchscreen mobile game device with a full set of joypad controls for when you're out and about. Pragmatically, I think they need to create some sort of device that offers unique Nintendo experiences, but also does most of the things that a comparably priced Android tablet would do."

I still think that this may be the least bad way forward for Nintendo. Ubiquitous cheap/free mobile games have changed the market so completely that it makes sense to refocus around the sort of devices that their audience now gravitates towards. (Hopefully, they're also working on the sort of bite-sized niche time gaming experiences that audiences now gravitate towards as well.)

A couple of prelim thoughts:

1) I think the primary competition really is going to be other tablet devices rather than other game platforms. And the ability to play Nintendo games on a mobile device could be a great differentiator! If this plays the most popular games that an Android or iOS device does, but also plays cool Mario games, I can see kids asking for the NX by name as a holiday gift. I don't get the sense that kids care whether they're playing Minecraft or Terraria on an iPad or a Galaxy or a Kindle Fire or an Nvidia Shield...but if there's a comparably priced device that also plays cool Nintendo games, I think kids will care. Oh wait, but I guess for the NX to be just as desirable to kids as those other mobile devices, it would require Nintendo to develop a far more open and robust app ecosystem, which...isn't going to happen. Hmmm. OK, forget I said this. Withdrawn.

2) I suspect that this is a 3DS replacement. The 3DS will be six years old when it hits. New versions will appear for several years, but will gradually become cheaper and smaller, and then be phased out, and then NX will become the new Nintendo handheld and console. Which makes sense! Almost 60 million 3DS units were sold. That's only about 40% as many units as the Nintendo DS sold...but the Wii U has only sold about 12% as many units as the Wii sold. If the NX only sells half as well as the 3DS, it will still have sold twice as well as the WiiU. And hey, if the market is shrinking, why not consolidate? The game device is the loss leader anyway, so circle your wagons around a single device!

3) The very people grumbling about how the NX will be so much less powerful than the Xbone or PS4 are the sort of passionate plugged-in fans who will probably buy this regardless, and the vast majority of the audience isn't going to care about tech specs. They'll care about price. 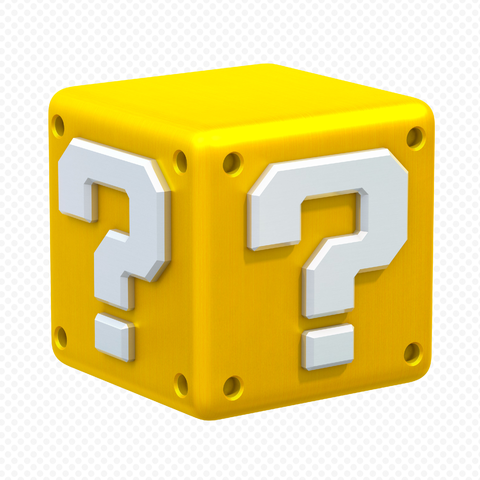 We're talking about console-style games on the go? Sweet! I love the Vita!

Oh wait, this is about the rumored NX hardware format. Let me opine about the NX's potential appeal to the mass market, which is the holy grail for Nintendo.

In theory, and if this report turns out to be accurate, I would REALLY like to have an NX. An NX with this form factor fits the way that I'm increasingly playing games (i.e. while on the couch with reruns of Seinfeld playing in the background), but also allows me to play more engrossing games on the TV if I'd like. So for me, as someone who owns every console and has a virtual reality rig and gets excited by any new Nintendo hardware rumor that comes across the internet because I'm just that hardcore, yes, NX is hugely exciting.

But I think that people are MASSIVELY underestimating how much mobile games and devices have eaten Nintendo's mass market lunch. My kids virtually cast away their DSes in favor of Kindle Fires (which you could get on sale for $35 on Black Friday and which have a ton of cheap-to-free games), because hey, Geometry Wars and Five Nights at Freddy's and Minecraft and Minecraft videos on YouTube are pretty damn great. Compare that to $50-$60 games and a $300 price tag for hardware (and yes, I'm totally speculating on price of NX games and hardware), and you'll see why ubiquitous, ever-cheapening, multi-purpose mobile devices with thousands of affordable, available games might continue to be the most practical option for "gaming on the go."

(And yes, I just referred to the game-consumption behavior of my kids specifically, but kids in general are a good barometer of mass market success for all kinds of products, right? Anyway...)

Also, I've seen a lot of commentary about how NX's hardware format could separate it from other offerings, and make it desirable in the market. Sure! I can see big success come from uniqueness of dedicated hardware. But I've not seen a lot of commentary about how important it is for Nintendo to overhaul its approach to software, and by that I mean its approach to digital distribution, to business models, to the kinds of developers and games to which it opens up the NX.

When it comes to any hopes of recapturing the kind of success that the Wii saw a decade ago, Nintendo NX (in this rumored format) is going to be fundamentally hampered by being a console. Mass market success doesn't look like Wii Bowling anymore, it doesn't look like Guitar Hero or Rock Band. Mass market success doesn't even look like a game console anymore. So I'm not sure where NX fits in, although Nintendo has a way of making magical things happen, I happily admit!

I swear I'm not all "Nintendo is doomed!" although that'd be a classic #hottake (sorry for the hashtag). I'm just saying that Nintendo will never have dedicated hardware that is as successful as the Wii or DS line was, ever again. Nintendo realizes this. That's why the company is getting into mobile, to supplement its bread and butter. Nintendo's console business will always be important to the company, because it's important to a whole lot of people, but less-so than in years past. At the same time we'll be seeing mobile gain importance to Nintendo's business.

NX can be a success, and Nintendo can still be a success. I bet they will be. But that success, if attained, is going to look a lot different than in years past.