How Low Can You Go?

Or the Unexpected Virtue in Monetizing Video Games Through Microtransactions 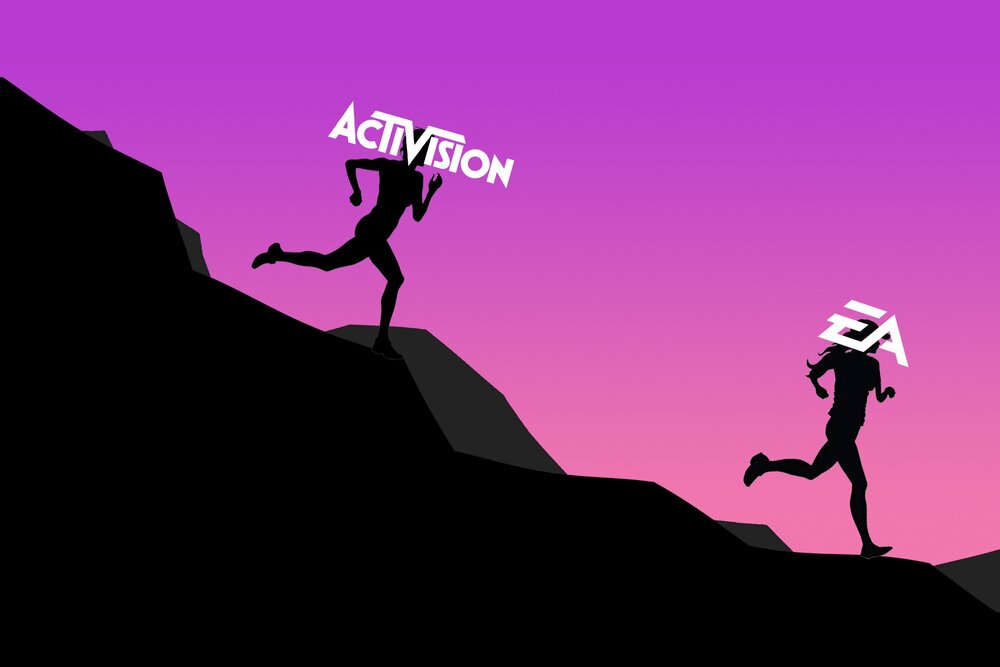 When it comes to ethically maximizing profits of video games, it often feels like a race to the bottom.

Every gamer knows why publishers try to monetize their games like this (hint: $$$), but it has started to create a rift in the business and consumer relationship that occasionally strays into the realm of adversarial. 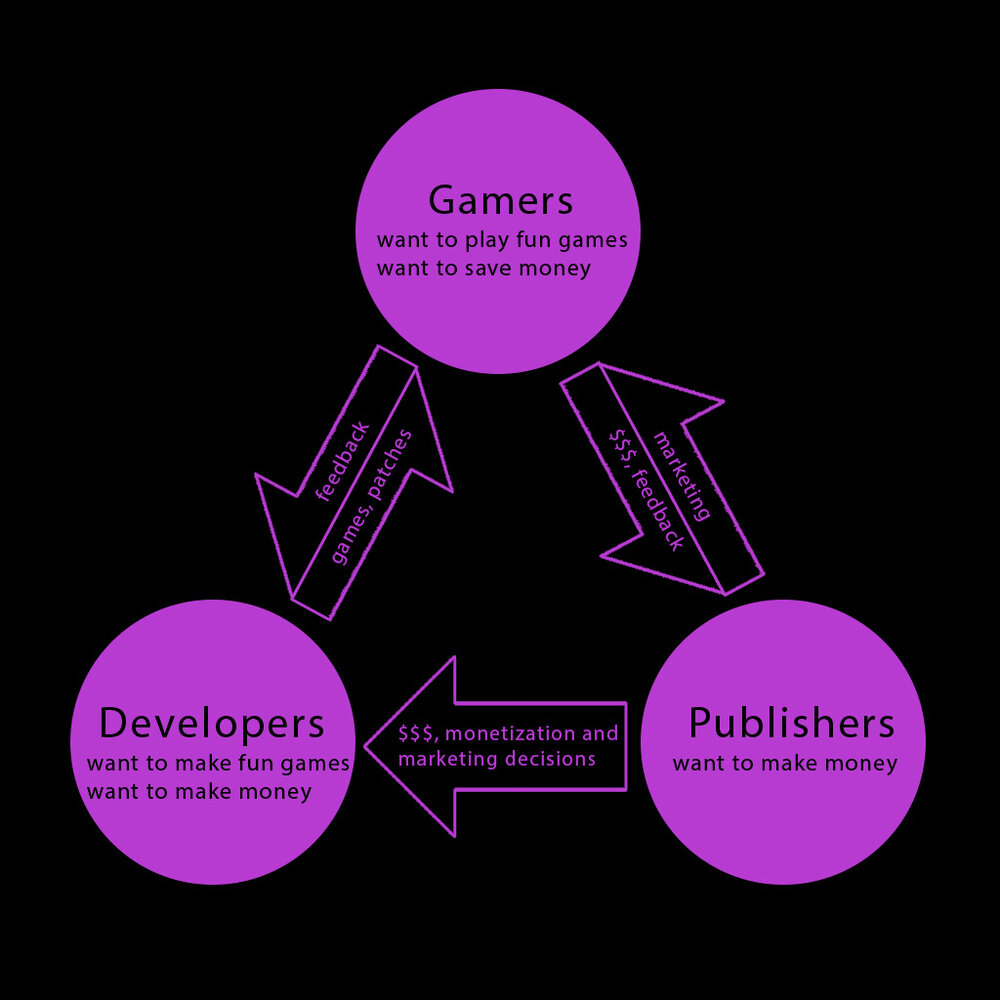 This is a simplification of what the typical gamer/developer/publisher relationship looks like, but it illustrates a few points:

Before I continue, let me underline that first point again: Nobody has malevolent motives. In a world where hateful hyperbole is spewed like PG-13 slurs in a Handsome Jack rant, it’s important to remember that no one actually bears each other any ill will.

It’s not hard to see where this adversarial relationship between gamers and publishers come from: they have contrary motivations and a limited relationship which is largely centered around said motives. 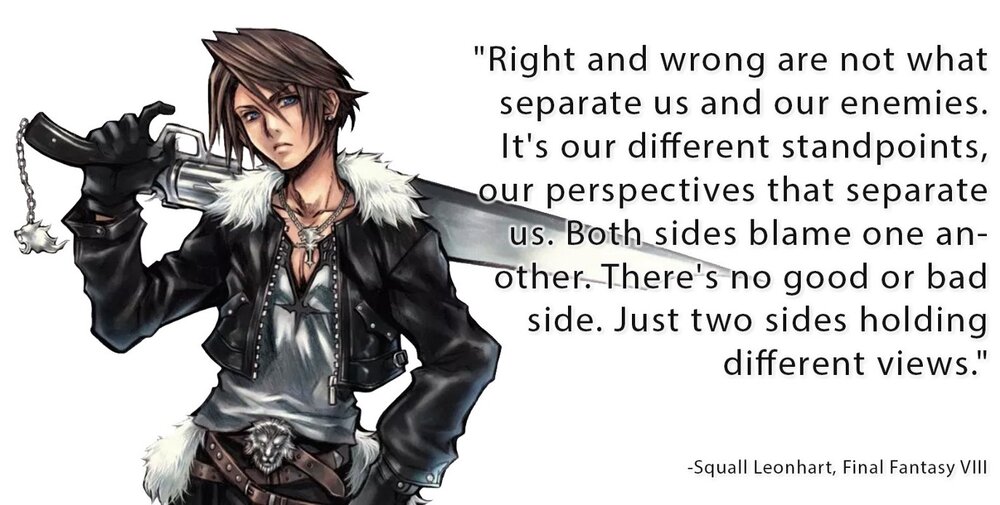 Let it be known that I am not above quoting a Final Fantasy character to prove a point.

And to build on Squall’s point here, another thing that can often worsen conflict between two sides is abstraction. Most gamers don’t know much about publishers beyond the logos they see when they boot up their games, and publishers can’t help but somewhat see their players abstractly given that they can number in the millions. If you are interested in learning more about publishers’ roles in the gaming industry, I recommend checking out this article.

So yeah, some friction is to be expected. But that’s not to say that everyone is always in the right either.

The Line in the Sand

They want to make more money.

A sustainable yearly profit is not enough. It looks much better to stockholders/prospective investors for a company to be showing active growth. And it falls to game publishers to figure out how to do that.

This is no easy task given that video games are more expensive to make than ever, there’s a demand for games to be better and more elaborate every year, yet nobody is willing to raise the MSRP of their games above $60 US. 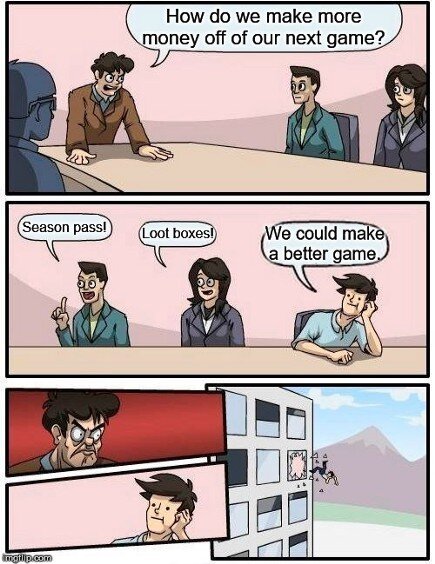 I realize I’m being sardonic, but truthfully making better games isn’t as profitable as just finding ways to more effectively monetize them. Most indie games never see a profit, some triple-A games struggle to break even, and the market is only getting more competitive.

While consumers may vote with their wallet, not each vote is counted equally, because not every wallet pays the same amount due to various forms of microtransactions. Work smarter, not harder, right?

And thus this “race to the bottom” continues. Each publisher is trying to figure out how far they can push their monetization systems without causing their players to revolt.

So where is this line?

That’s a tricky question. Logistically, it can be anywhere. Just because a game’s community revolts or sells fewer copies doesn’t necessarily mean it made less money. It only takes a few whales to shore up any lost profits from hundreds of players who choose not to buy the game. And again, money is the bottomline for most developers/publishers, not popularity or large playerbases. Those things are helpful, but they are by no means the end goal.

Where the line is ethically is another matter altogether, and one that despite my best efforts, I haven’t been able to answer yet.

To hear more discussion of the ethics behind various monetization practices, listen to Episode 20 of The Panic Mode Podcast — Operant Conditioning in Video Games.

The Root of the Problem 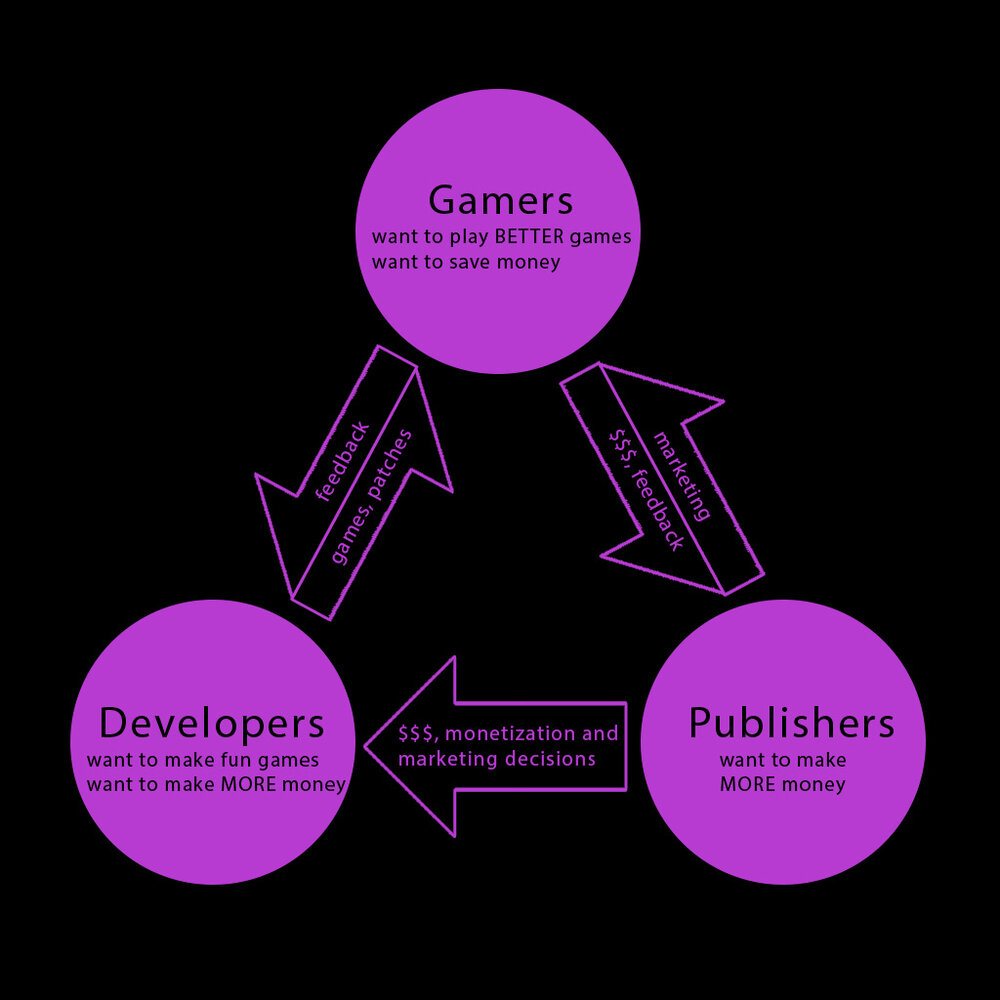 This is the system that has led to the unprecedented growth that has come to define the games industry in the past 20+ years. 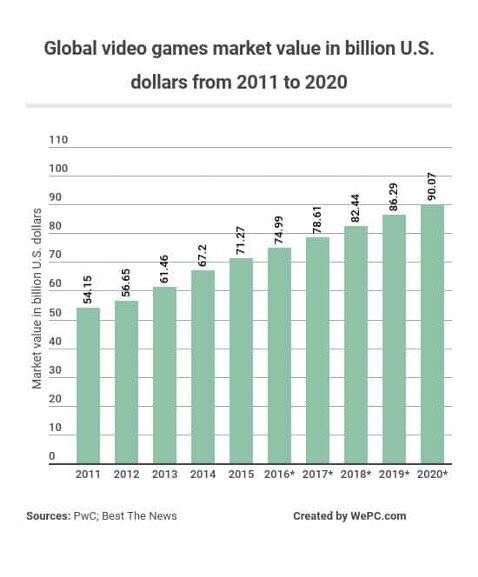 But it’s not a sustainable system. Even as the industry adopts new monetization practices to try to continue growing at this ridiculous pace, unlimited growth simply isn’t a possibility.

And I think this is the value we as consumers and businesses (both within and outside of the games industry) need to change. This gaming boom we’re experiencing is awesome, but it won’t last forever. The only question that remains is whether we’ll choose to slowdown on our own terms or wait until the bubble bursts.

It’s something of a Mexican standoff. If a publisher or developer chooses to continue growing at their current pace, it’ll take a toll on both its staff and consumers in the long run. But if they take their foot off the gas as I’m suggesting, that just invites the rest of their competitors to speed past them. Hence why it needs to be a collective change in values within the industry. We need to take a chill pill, but we need to do it together.

But until then, the race to the bottom rages on.

For more discussion on monetization in the games industry, listen to Episode 9 of The Panic Mode Podcast — Monetization in Video Games.

This article was originally published October 4, 2019 on www.panicmode.net.