By offering young women a platform for playing animated interactive stories, plus simple tools to create their own stories, Pocket Gems' Episodes created an unsung blockbuster platform for IF
Kris Graft
Publisher
March 17, 2017

It's likely that you haven't played Episode. The name might sound familiar thanks to a prolific marketing campaign, and its consistent presence on the iOS/Google/Amazon App Store charts, but a brief glance may have led you to think 'this isn't for me.'

The app is sort of like Wattpad meets Choose Your Own Adventure, with a panoply of episodes (branching narratives) to choose from. The drama is portrayed by animated characters, and the aesthetic of the art seems to be targeted to teenage girls.

That may be why many of in the game community have been overlooking Episode. But it has achieved serious success by pursuing a predominantly young female user base. By offering young women a platform for playing through animated interactive stories, plus simple intuitive tools to create their own stories, the studio Pocket Gems created an unsung blockbuster.

Over 2.5 billion episodes have been played so far, amounting to over 38,000 years of combined viewing time. And most of the episodes were designed by the app's 5.5 million registered creators.

Much of Episode's success is down to its simplicity. Within moments of firing up the app, players can dive straight into a variety of different stories.

Typically, tales are focused on romance or high school experiences, but there's also room for branded stories built around recognizable IPs such as Mean Girls and Pretty Little Liars. It's ideal fodder for a fertile teenage imagination, enhanced by the fact that the player's decisions affect what happens next.

Episode also makes it nearly as easy to write one's own story. A straightforward scripting engine is available on the website, with a drag and drop creation mode within the app. 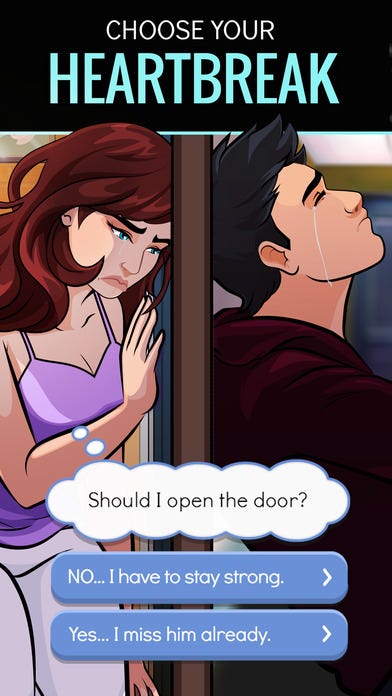 Without any prior knowledge, it doesn't take long to create a story with the potential to earn money as well as accolades through the writer payments program.

Cass Phillipps, director and creative manager at Pocket Gems, says there is a small team of internal writers, as well as a vast community creating their own content.

"I do more work with the community writers but I do some work with our internal writers as well," she explains.

Phillipps joined Pocket Gems about six years ago as a game writer. She got involved with Episode when there were only about five people on the team -- a far cry from the 80-person team of today. Now director of stories, she helps lead and guide the themes for all future stories.

Phillipps says that the plan all along was to build tools that could be used by the team as well as the community, with Episode always driven by the desire for a strong social presence.

She regularly works on how best to improve the scripting tools, how she and Episode can help the community write better, as well as liaising with the player experience teams.

"[At launch] we wanted to make sure our tools would be turned on for our community [at the same time]," she notes. "Having a platform for a community of writers has always been our vision. We think so many writers and creators in general are out there."

The thinking was to be able to give them a place to tell their story. Alongside that are a number of internally-led stories, as well as established familiar names such as stories centering around singer Demi Lovato. New IPs are set to continue throughout 2017, although Phillipps wasn't able to confirm any specific names yet. 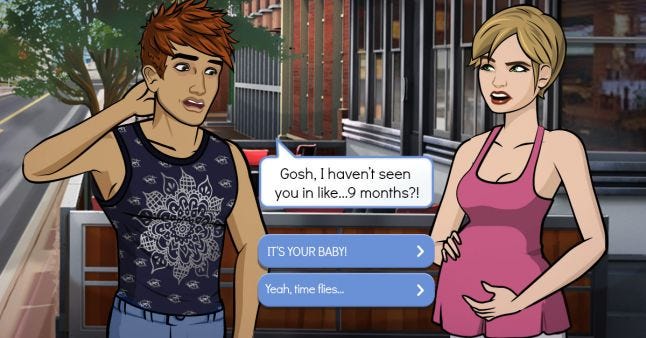 In each case, internal stories are created in a similar way to any form of game developments. "It follows the basic idea of pitching sessions in-house," Phillipps says. "Anyone can come with a pitch, and they're fleshed out a little bit [before going through a process] we call a 'life through'...We just explore the story a little bit for about four hours and see if it has legs...if it has a place to go."

Broken down into numerous stages such as script writing, iterating, deciding choices, and so forth, the story then undergoes internal qualitative testing, and then external quantitative testing. The process can take anywhere from six months to a year for a finished product.

Opening up the development tools

The tools used by the internal team are nearly identical to those available to the community. While some parts of internally made stories aren't instantly available to community writers, it's soon rolled out for all. Being able to create stories through the app and on your smartphone is a recent inclusion to the Episode family. It doesn't use the scripting language, utilizing drag and drop methods instead. 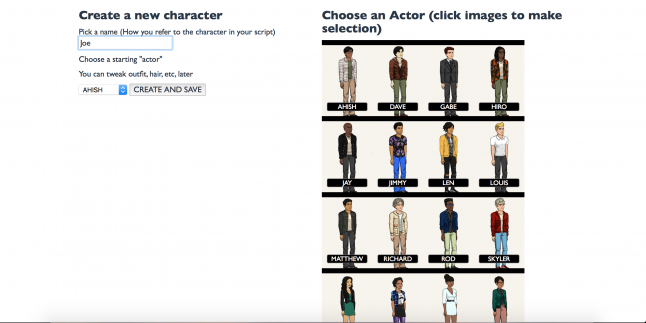 As Phillipps explains, it's "easy to learn" but it's also currently quite hard to master. "I actually think it's a little too hard to master, so I'm looking at ways to improve it," she says. Fundamentally though, getting characters on screen, and getting them talking is a fairly basic process. "Our goal is to always keep it that easy and to make it easier and easier."

That level of ease has ensured Episode's success. Over 5 million creators use the platform to varying amounts. "Some are just making small stories they share with friends," Phillipps points out, but there's also a lot of money to be made through the service.

That's not why many people start writing though. Phillipps has found through numerous user calls that the community aspect is often what draws players to become content creators -- achieving some fame and popularity online being a big appeal. 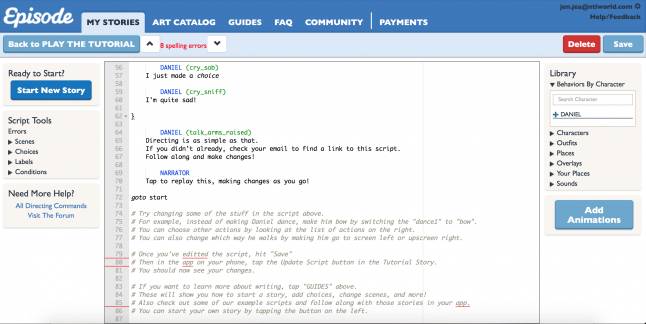 Scripting an episode for Episode

"There's no approval they have to go through. They can pretty much write their story and put it out to the world immediately." That's a huge incentive to get people started and see what they can come up with. "They start because they love writing and they want to get their stories out there," she says, much like the rise of fanfiction.

But author-designers are not simply motivated by a desire for fame and feedback--there's money to be made from successful stories on Episode. Phillipps cited a number of examples of success stories. One woman from Europe has been able to quit a job she hated, with her income coming solely from the stories she writes for the app.

Regularly travelling, she now documents her experiences on Instagram, building a substantial following. Others have been able to pay their way through law school through their Episode writing efforts. 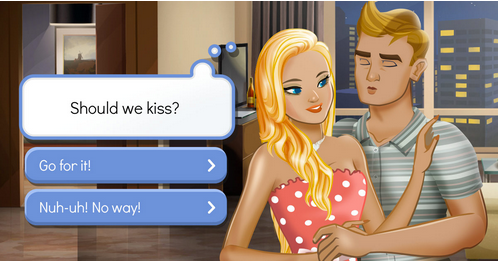 Stories can still be flagged if they contain inappropriate content, but Phillipps insists that Episode's community acts as a strong disincentive for working blue. Top writers stick around with frequent updates garnering them popularity and profit.

Being in touch with one's audience is crucial to success, which is why the app benefits from a substantial Instagram presence. Contests are frequently arranged where fans can submit fanart or ideas, with prizes tied into the next episode of a story.

The TV-style experience of episodic writing 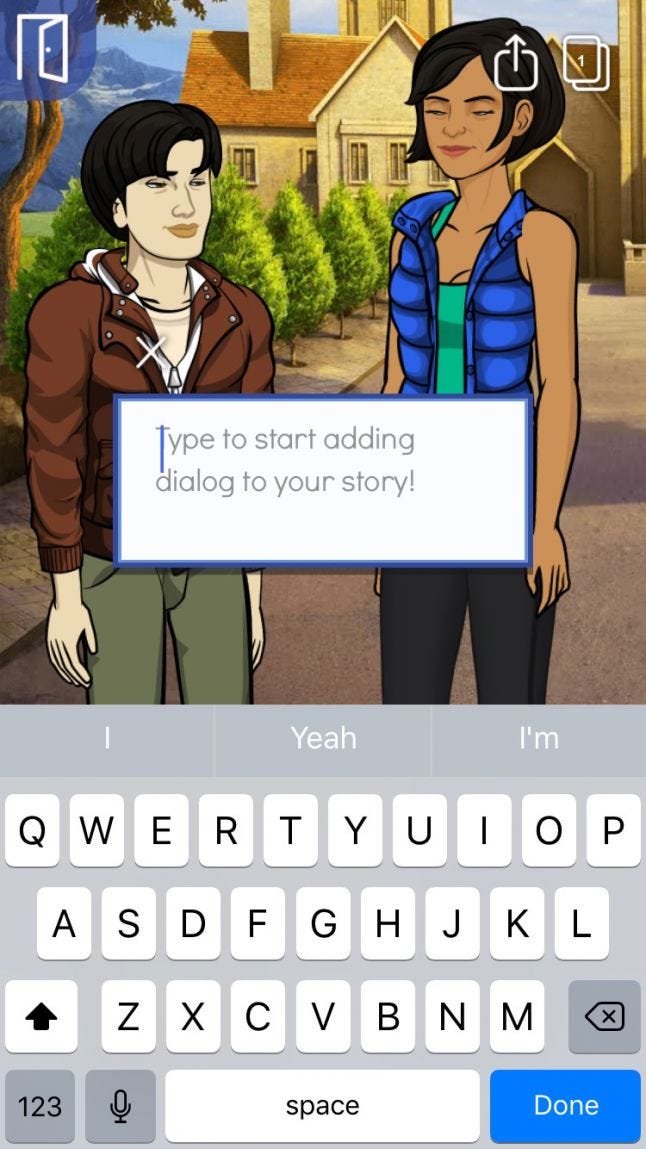 While internally-developed stories go through various processes to ensure the story is tight, community stories frequently change as they go along. Writers may have an idea of what's going to happen, but as Phillipps says, a lot of what happens next is down to where fans want things to go.

There are numerous incidents of this almost backfiring, though. "The way they get their ideas is they take what their fans want, then actually do the opposite," Phillips notes.

"They think, 'Oh, fans really love this character, I'll kill them off!'" Much like in any form of media, drama is what keeps people hooked to see what happens next.

Phillipps compares it to reality TV shows, where one can vote who stays on or who gets voted off.

It's a concept that can only grow amongst a user base keen to interact with stories even more so than previous generations. There are plans to improve Episode's mobile tools, as well as introduce even more outside IPs.

More importantly, Phillipps says that Pocket Gems is playing around with what can be accomplished with the social side of the app. Profiles are in development, allowing users to communicate within the app, rather than rely on external sources. (Instagram is currently the most popular source.)

Changing the conversations that happen between players and creators is not something the developers are taking lightly. "We obviously want to be an incredibly popular app," she says, "but writing is a very personal act."