How do you reinvent Call of Duty all over again? 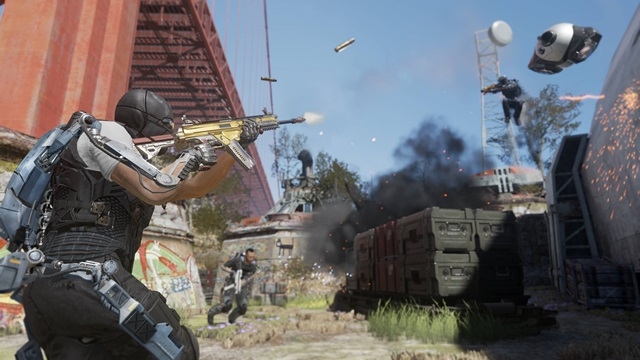 "If they have new things crop up and they think, 'Well this worked this way before, and now it only works this way.' Those are issues," says the dev. "But at the same time, we are making the game we want to make, and if we try to please everybody, we'll please no-one. So a lot of those decisions are made knowing that all those other things exist out there, and knowing that the previous games had it certain ways." As you'd expect, even when the Sledgehammer team was working alongside Infinity Ward, the new team was thinking about what they would do to Modern Warfare 3 to make their own. "From the very beginning, we were just figuring out 'Well, what else could happen here?'" Reisdorf says of Modern Warfare 3 development. "Because there's the next game that's going to come up, so you're thinking, well what else can we do? What did we leave on the cutting room floor that we could do now with more time or resources?"

"We asked ourselves, what is the core? What makes Call of Duty what it is?"

"There's always that kind of stuff, and it's constantly being thought of. That's right out of the gate, two months into development, we said hey, let's try some crazy jump stuff. And now it's a full feature within the game. Normally the first couple of months after a project's over are kind of experimentation time, and people just go crazy to find something that works in there, and that we were able to take and really iterate on." Sledgehammer is hoping that the new Exoskeleton abilities, which allow players to jump, dive and slide all over the place, will successfully find that balance between new angles for Call of Duty, and keeping that familiar feel intact. Advanced Warfare is also one of the first Call of Duty games really being built with eSports in mind, leaving a question of how exactly you take this already teetering gameplay balance and throw specific competitive play elements into the mix. "A lot of it is making sure we know what the eSports community is interested in, so we can build features to help them," answers Reisdorf. "We listen to their feedback and want to provide them with support, but just as much as anybody else." 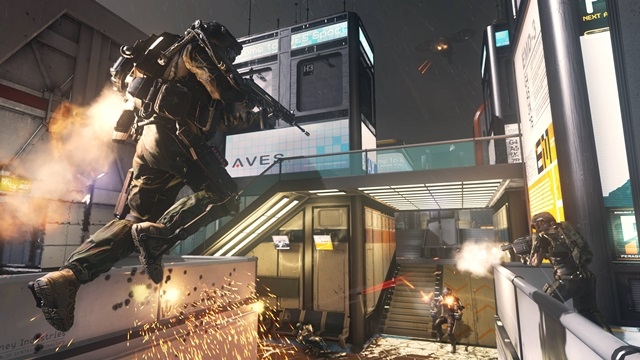 "Casual gamers are the majority of our audience, and the game is built for them," he notes. "But the game is also built for eSports, because at the end of the day, it has to be a competitive game - if it's not competitive, that means it's not balanced. That means no-one's having fun, and it's not going to be around for very long." In other words, Sledgehammer believes that working the competitive side of Call of Duty more firmly into the core of the franchise will benefit every style of player. "The more we can look at it from a competitive side and engage those guys and say hey, exploit this, break this, show us what's happening. Then we go and fix that, and make sure we're accommodating that and we know that we have solutions to these problems," he adds. "To really help everyone to make the game more competitive for everybody, and make every weapon and combination viable to use."
Get daily news, dev blogs, and stories from Game Developer straight to your inbox
Subscribe