Google will lower service fees on all Google Play app subscriptions to 15 percent from 30 percent.

The change will come into effect on January 1, 2022, and will grant developers offering digital subscriptions a greater share of revenue.

Google Play subscription fees currently drop to 15 percent from 30 percent after 12 months of a recurring subscription, but the company explained that customer churn makes it difficult for devs to actually benefit from that reduced rate.

As a result, Google intends to simplify fees by implementing a flat 15 percent rate across the board -- effectively cutting first-year subscription fees in half.

Earlier this year, Google reduced the standard cut it takes from all Google Play revenue to 15 percent from 30 percent for those devs earning less than $1 million annually.

At the time, Google said the move would reduce platform fees by half for 99 percent of Google Play developers, and has today reiterated that stat (below) by claiming 99 percent of its creators are paying 15 percent or less. 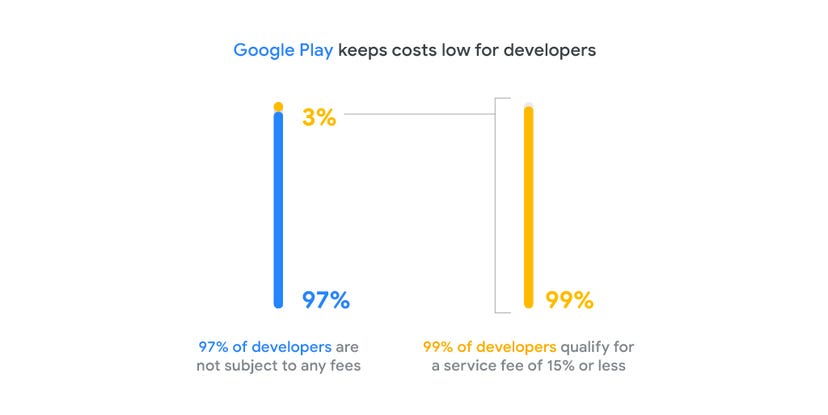