Gamasutra Versus Capcom: The Tatsunoko Interview

Capcom has chosen to revitalize its Versus fighting game series in the form of Tatsunoko vs. Capcom, and Gamasutra sits down with the game's producer Ryota Niitsuma to discuss its Wii-exclusive genesis, how the project got started, and more.
Christian Nutt
Blogger
November 09, 2009

Capcom's Versus series once delivered some of the most memorable, appealing, and addictive games in the fighting genre -- hitting creative and playability highs that other developers couldn't reach.

But by 2004, that creative spark -- which gave us games as robust as Marvel vs. Capcom 2 and Capcom vs. SNK 2 was snuffed out. Capcom failed to bring its first triple-A attempt at 2D/3D crossover, Capcom Fighting All-Stars, to market, instead delivering the half-baked Capcom Fighting Evolution -- a game that suggested the developer had run out of juice. The 2D fighting genre went dormant.

Somehow, though, Capcom has rescued it from dormancy with the massive success of Street Fighter IV. Arc System Works delivered the high definition BlazBlue. And Capcom has chosen to revitalize its Versus series in the form of Tatsunoko vs. Capcom.

The title, which debuted in Japan late last year and in the West in January 2010, pits the retro cool of the anime studio -- best known in the west for Battle of the Planets/G-Force -- against Capcom's slate of memorable characters -- up to and including Frank West from Dead Rising.

How did something like this happen? How do you even make a game like this in this day and age? And why go exclusively for the Wii? To answer those questions, Gamasutra sat down with the game's producer Ryota Niitsuma.

My first question is: why Tatsunoko?

Ryota Niitsuma: Well, the first stage of involvement is that Tatsunoko approached us about making a game using their characters. Fortunately, at that time, I was looking to make a new fighting game. 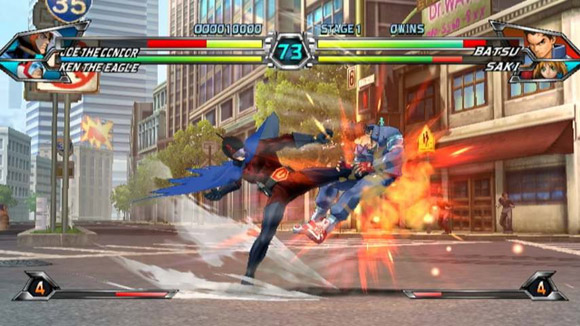 RN: For a while, the fighting game fans, I think they were looking for something new to play, and there wasn't anything out there for them. But the developers, even us, we knew that they would want something.

So we just felt maybe it was time to put something out for them and see what happens. And I think other developers as well felt the same thing. I think we just had the confluence of all these things coming together. It seems like it's going through a revival, if you will.

RN: And after, with the home systems, we have the online play through a network. That's really come a long way from back in the day. So, because now you have that -- fighting games are all about fighting different opponents -- now you can fight people all around the world in far off places. Now that the networks and the internet are in place to deal with that, I think that's another key point to the revival.

Beyond network play, is there anything that a fighting game has to have now to capture an audience, that's different from in the past? How do you get that interest back that there always has been, but died down for a while?

You have basically characters, backgrounds, and then power gauges and what not. Life gauges. So, those three elements, if you nail those just right, then you've got the graphics part. Then after that, it's making a balanced fighter that people will enjoy playing.

Speaking of the graphics, obviously you decided to go with 3D characters. Obviously, Street Fighter IV did the same thing, but it's a different development team. What kind of challenges did you face?

RN: You could take the 3D graphics and make it really all out stunning and whatnot. I mean, that's what the style is nowadays, 3D graphics. But I think what the fans who've grown up playing 2D games like is the 2D playing, and I think Capcom, if I may, that's our specialty, making 2D fighters. So, taking these 3D graphics and putting them on a 2D plane, that was the main focus for us because we wanted to really nail that right.

Street Fighter has closer to realistic style graphics than we do, and because the property that we're using is an animation company, we wanted to get as close to that animation style, to make it like you're actually playing the cartoons themselves, so our development team really worked to bring that out in the game.

And in terms of the precision of control, did you have to do a lot of prototyping? How did that process go? It's been a challenge, I think, over the years. People have been making 2D games with 3D graphics since the PlayStation 1, but they have very only recently gotten to the point where it's responsive.

RN: Well, first, we wanted to match it to the Wii, the motion controls if you will, the button layout and whatnot. So, imagining it to what the Wii could do and what the Wii has setup, that was our first priority. After that, we wanted to make sure that we didn't have any inputs that were too difficult for players to use.

We really wanted to focus on simple inputs creating something big and awesome on the screen. It was kind of difficult because you don't want to make it so all the characters have the same movements. You want them to all react different but at the same time make sure that the inputs aren't too difficult and people don't have to remember so much and go all over the place.

Obviously for fighting games, and especially for a game like this, it's very fast-paced. The responsiveness of the command inputs is super important. Can you talk about the process of getting that nailed down and making it work?

RN: Well, you have the source material for both of these, the Capcom and the Tatsunoko side. So, from a design perspective, we wanted to capture those movements into this game. The problem is, like you said, when you press a button, you want it to do what you tell it to do right away.

And with a 2D game, you can remove frames, so it just goes into the motion right away. With 3D, you don't have that luxury so much, so we had to really focus on balancing it so that we can remove pieces but not so much that it wouldn't still be a fluid motion so when you press a button, the action just comes out. 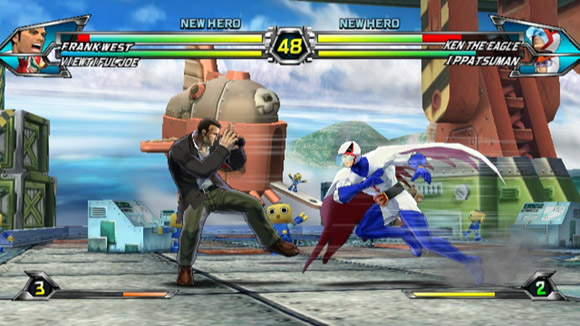 You have multiple control methods like most Wii games. Obviously, compared to using motion controls, there's like a delay with motion controls, whereas button inputs are very instantaneous. So, how do you balance that when you're creating characters?

RN: Basically, by doing the same thing over and over again. So, we had to take each controller and look at it on an individual basis and see how that works, and test them all -- the GameCube one, Classic Controller, and Wii Remote. And just the physical limitations of each of them, find out where those were, and make adjustments accordingly.

Wow, that seems it adds a lot of work to the development cycle.

RN: But as you were saying, it's a fighting game, and if that's not fine-tuned, the game itself is not fun for people to play because like you said, a fighting game needs to be responsive. I guess you can say that's one of the areas we paid the most attention to, to make it fine-tuned so that it would be responsive like that.

In the West, it's very common when a company is launching a game is to make sure there's something on every platform. Even in the case where you can't make the same game for the Wii and PS3, for example, a game with the same title will come out. It will be different versions. You will see game ship on like seven platforms. But it seems like, in Japan, there's still a tendency to often make games for one platform. I was wondering if you have some insight on why it's more common in Japan and what the thinking is behind that?

I don't know, maybe that's just something we do at Capcom. I don't know how other developers are thinking about it.

But if you take the Wii for example, we don't just want to put a game out on the Wii. We want to put out a game on the Wii that actually utilizes all the capabilities of the Wii.

Some games that are made for the Wii, they put them on the Xbox 360, change the texture maps, but it's generally basically the same. They just do some art cleanup. And at the face of it, I don't see any reason why that couldn't work for your game and also why that wouldn't be a good thing, but you may have a different opinion.

RN: Like you said, sure, that would be good for sales, but I like to think about the people who bought a Wii just to play a game like this. I want to take care of them, too.

I think, as I said previously, we've tried to exploit the Wii to its full potential for this game. Of course, that's just my opinion, but, I mean, Capcom might come down on me and say, "Hey, we want to make more money, so put on this," but that's on them.

To actually put this game, which I said utilizes the Wii's potential to its fullest capabilities, on, say, the 360, we'd really have to rework it. It wouldn't be a matter of just changing the texture maps or anything like that.

It involves so much time to actually rework the title that it would be a completely new title. And if we're going to spend that much time doing it, then we might as well just make a new title anyway. 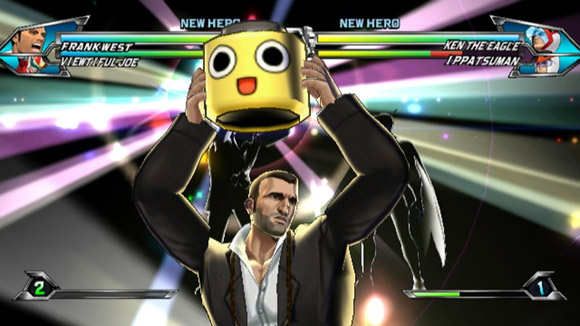 Fair enough. I want to ask you about the way you chose the characters on the Capcom side. I'm sure you thought about the number of characters you'd like, then you sort of maybe chose them. How did you move forward and think about how that would become part of the game?

RN: One of the first themes for this game was we wanted to incorporate characters from different series when we made this game, so it wasn't just a fighting game, and it only had Street Fighter characters in it, for example.

So, we get this list of characters, then we had to look at which characters had like similar attacks or similar looks. And if they were too similar and you couldn't really tell the difference between them, then we cut them out. And then we also want to keep a balance of like between male and female characters and also old and new characters.