Finding Out if a Publisher is Right for You

Every studio is unique, and the same goes for publishers. Cultures, development philosophies, and strategies are among the things that differentiate every company, and they are all driven at different levels by business, design, tech, marketing, and more.

With that in mind, how do you make a good match between a studio and a publisher? Each side has its own ideas about what it is looking for, so it shouldn't be that difficult. But building a successful collaboration isn't that easy and takes time.

It takes also a good start. Usually when things get serious -- with all background checks done and work for hire business terms outlined -- it starts with some sort of due diligence where the publisher visits the studio's office. This process is mainly what is going to be covered in this article.

What's the Point of Due Diligence?

Obviously, the development team is important, and making sure it has all the talent, skills and experience is essential. However, a background check and some interviews are not going to reveal what the team dynamic during game development will be like, as talent management and good direction is really what is going to make a difference.

This is why the studio's management is key. In fact, if the manager is good, he or she is going to build a great team. Independently of their size, this is what the best studios do. If the management is lacking, even if by chance the team members are individually good, the project is most likely to go wrong at some point.

Often a large part of the studio visit is dedicated to technology. Tech tends to be a big deal to publishers' business teams, because this is an area we do not master, and is thus seen as pretty risky. It is not necessary for us to go deep into the subject, as it is covered well already -- more importantly, my point is that it doesn't matter much. 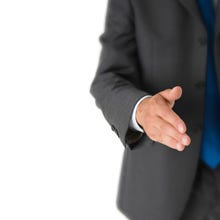 Taking a step back, most studios today use licensed tech, and those sticking with proprietary solutions tend to be really good at them. And as we know, using a particular licensed technology or having some cutting-edge feature is not a deciding factor in the quality or success of a game. This is why for one unit of time spent discussing tech, double should be dedicated to the making of games in general.

Development solutions are also not going to affect productivity in the same order of magnitude as project management issues do (planning, shortage of resources, contingencies, etc...) Coding practices are also more likely to affect the outcome.

Is the game code going to be well-designed, flexible, and eventually well-optimized and easy to maintain? These questions make it possible to collect clues during an interview, but don't offer much of a guarantee.

More importantly, the main goal of these discussions should be around making sure that the partnership has a chance to work out. As expressed by Game Developer magazine editor in chief Brandon Sheffield, the due diligence process is not only a one way street.

For a good start in this type of collaboration, it's necessary to discuss things openly -- things like creative control, what kind of input to expect from the publisher, respective levels of expectation, problem solving, and so on. In my experience, a lot of trouble can be avoided down the road by discussing these topics early.

And not only it is a mutual evaluation process, but it also takes a full development cycle for each party to really learn about the other, and to see that everyone has delivered as promised. At this point, if you have the will, it may turn into a longterm partnership.

What is a Publisher Looking For in the Due Diligence Process?

The Qualities that Impress Publishers

During conference talks, many studio heads insist on the importance of building a great team. Having someone who is really focused on the team is certainly a strong indication of a studio's potential. Attracting, mentoring, and retaining talent is strategic.

A couple of years ago, I visited a studio in Guilford doing digital games. It was cool to see that people were challenged to team up in pairs to develop mobile phone games in a week. This sort of game jam seems to be a lot more common nowadays; this is just one practice that points to the fact that a studio is a great workplace, and that the management cares about the team and its performance.

The hiring policy is also an interesting point to discuss; the qualities a manager looks for in candidates tells a lot about a studio. It is hard to find the right people, so it is always a plus when a manager has a good HR management strategy, plans ahead, and is always interested in adding new talent while trying to keep a good balance within the team.

It is also important when a studio manager has a balanced approach to development and knows his or her strengths and weaknesses, or even acknowledges past failures. There is no pattern for managers with specific backgrounds that do or not not fit better in the job, as long as they are passionate -- both about their role and game development.

The danger comes when a studio is too much driven by one specific aspect of game development (Erik Bethke identified this issue in his book Game Development and Production, giving examples on how it could affect projects). Obviously this issue applies to the publisher as well, when it has its own team directing the project.

Being able to clearly express your studio's vision and values -- and proving that you have stayed true to them -- makes the studio stand out from the others. It answers a number of questions about the studio being the right fit for a project, and helps the publisher adjust to the studio's culture. When a studio turns down borderline requests and says no in constructive ways when necessary, it's a good sign. And if it is not that well received by the publisher, at least it is a pretty accurate early warning system.

Likewise, it is disturbing when the only answer received is a yes (unless, culturally, "yes" means something else). This is one trait that is a red flag in a studio manager. It's also a turn-off when a studio manager doesn't review the studio's games.

A development team expects the management to care about the product and what they are doing, and be supportive. Even big publishers' chief executives review games at several stages of their development. Other items, like the lack of team trust, having too many hats, and "knowing everything" are also warning signs that should be added to the list.

So What Should Developers Look For?

After the first successful collaboration, the working relationship between a publisher and developer can evolve toward a more strategic partnership with significantly fewer procedures and complete ownership over the game's creative aspects.

But before this happens, the general idea is to focus on what really matters for each side. Such an approach should help in figuring out if the partnership can work.

The first choice is not always the studio with more experience with a specific genre or platform. If such a studio doesn't make a good match with a publishing partner, then it is not actually less risky than working with a less experienced studio that happens to have more remarkable core qualities.

On the other hand, a top publisher can look attractive and apparently offer a number of upsides, but that is not going to guarantee a frictionless relationship or prevent a project from being cancelled.

Even if everyone is in a rush and has a plane to catch, do not hesitate to ask the hard questions. Each side usually shares the postmortem; why not share the due diligence?