SEARCH
A minimum of 3 characters are required to be typed in the search bar in order to perform a search.
Business
12 min read
Featured Blog

Video games does not only enhance our senses/cognition while playing but also after playing. Is the marketing campaign of Tetris Effect one of the first steps toward the acknowledgment that video games are capable to produce hallucinatory-like phenomena?
Angelica Ortiz de Gortari
Blogger
December 03, 2018 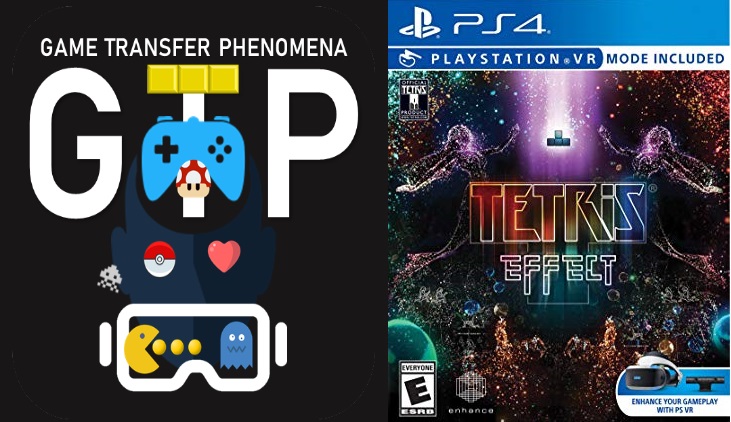 Bright and fast-moving particles of colours that appear and disappear with booming sounds like fireworks easily captivate our senses.

Video game playing does not only enhance our senses and cognition while playing but also after playing. When closing our eyes, at every blink of the eyes or even with open eyes, colours, textures, pixelations, hyperactive or still images arise. Aural and other sensations do not escape the mind; music, sounds, voices, kinaesthetic and tactile sensations come back to us, at least temporary. Slips of the tongue intrude conversations, spontaneous movements of limbs, and behaviours sneak into everyday routines. These are “echoes of video game playing”, which I have called in my research Game Transfer Phenomena (GTP).

Some have referred to GTP as "consensus hallucinations" and "the original AR". These phenomena are fascinating but not mystical, and are not exclusive to video game playing! Although, playing video games involve a compound of factors that may ease the occurrence of these phenomena: prolonged exposure to sensory stimuli, trance states - dissociations (losing track of time, immersion, sense of presence), engaging in high cognitive load processes and emotional engagement1.

One of the main goals with my research on GTP, beyond the scientific exhilaration, has been to explain and inform about GTP, to avoid that GTP is being interpreted as a sign of psychopathology by gamers or others. From time to time GTP has both in factual and real cases received a “diagnostic” label. The hope is to destigmatize hallucinatory phenomena, improve our understanding of these phenomena, and help those who actually suffer from them.

I understand seeing images with closed/open eyes with game content as pseudo-hallucinations, images with perceptual properties manifest as visual sensation where there is no loss of sense of reality. Although in my research, I have found that for some gamers seeing images and hearing sounds can lead to short moments of dissociation where they feel as if they are still in the game, and some have even interacted with the images. Seeing images from video games not only arise under hypnagogic states but in awake states, sometimes triggered by game-related cues.

What is GTP telling us about the human mind? Can we use GTP to our advantage? What challenges does GTP pose?

The recently launched Tetris Effect game touched the heart of my area of research expertise, GTP, so I needed to stop and reflect! 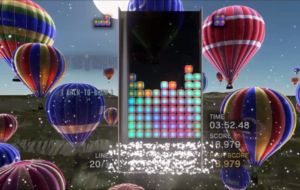 I’m excited because the video game industry is openly paying attention to a “real-world phenomenon where players’ brains are so engrossed that images of the iconic falling Tetrimino blocks (i.e. the Tetris playing pieces) linger in their vision, thoughts, and even dreams..." as the Tetris Effect website states. I am strongly passionate about this phenomenon and have dedicated the most of my waking hours over the last seven years trying to understand it, moving from one country to another to get support for my capricious, but (I believe) indispensable research! At the same time, the latest events have made me reflect on the possible further implications. 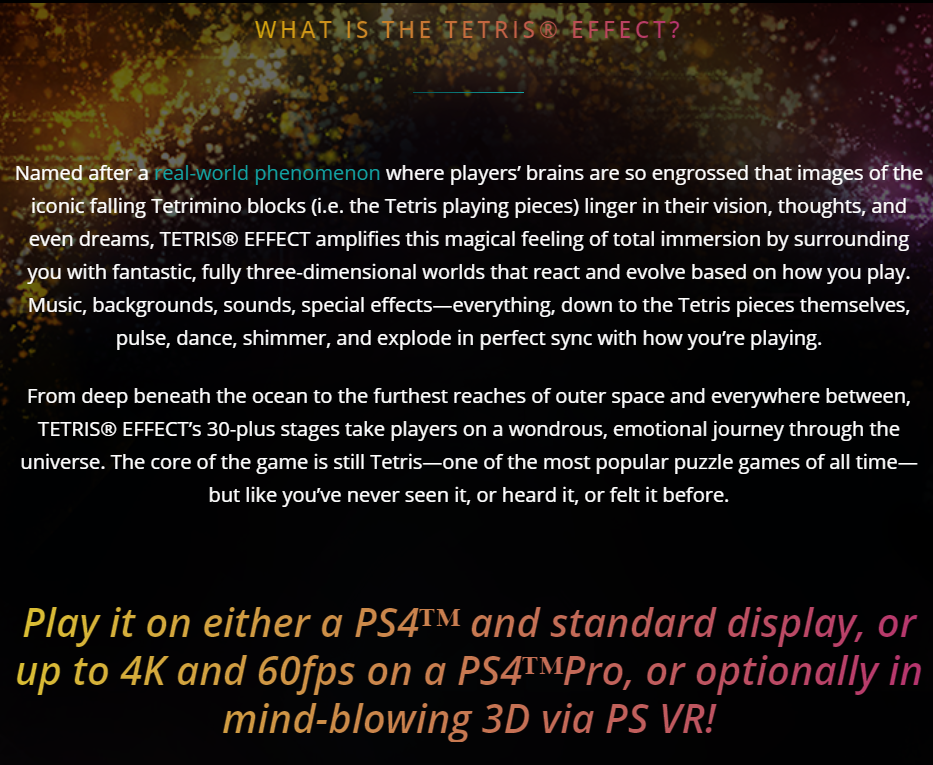 Is the marketing campaign of Tetris Effect one of the first steps toward the acknowledgment that video games are capable to produce hallucinatory-like phenomena after the exposure? As VR devices and mixed-reality technologies are affordable by more consumers, this may be the future state of mind.

Just the simple Augmented Reality technology used in Pokémon Go in one of my studies shows that 15% of the gamers had the sensation that a Pokémon was physically present, and another 16% had found themselves looking for Pokémon outside the screen while playing (N=1,313).8

Trailer of the game:

Documentary about the game that complemented the launch:

The enhancement and the alteration of the human senses is nothing new, and the technological realm has not escaped the trends to alter our state of consciousness. To me, this seems like a turn in history, a push toward a positive acceptance of hallucinations. Hallucinations were initially considered of cultural significance, but in the eighteenth century they acquired a medical etiquette and were connotated as pathological.

Here are some examples of how hallucinatory phenomena and the word "hallucinations", a previously hushed word are starting to enter the technological realm:

Some relevant findings on GTP, at this point: 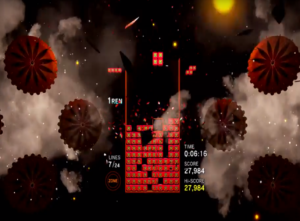 Besides the drawbacks that GTP may represent for certain individuals, of which we should be vigilant, I strongly believe we can even take advantage of GTP for therapeutic interventions as I argue in my recent paper in Pervasive Computing Paradigms for Mental Health: “First insights into applying the Game Transfer Phenomena framework for positive means”10.

In 2016, my colleague professor Mark D. Griffiths and I argued that “playing Tetris is not only an effective visuospatial task (overloading working memory resources needed for imagery-formation while playing), but as demonstrated in GTP studies, video game content stays active after playing (e.g., mental imagery, sensory perceptions), and may offer additional benefits for managing unwanted intrusions.” 4

However, as far as I'm aware the studies where playing Tetris has been effective to interfere with distressful imagery and cravings, the participants played the game for a very short time, and there are no reports if the participants experienced GTP or not. This is something I'm interested to find out more about.

There are also other opinions in this regard. Dr. Shawn Achor in his book “The Happiness Advantage”, utilized the Tetris Effect to identify dysfunctional behaviours due to stereotypical ideas or narrow-minded perspective and promote positive thinking by rehearsing positive thoughts, but he also recognized that the Tetris Effect can be maladaptive.

Here are some comments by gamers who have played Tetris Effect and experienced GTP:


"I shut my eyes an see blocks. I’m continuously replaying the songs in my head. Because of Tetris Effect, I now know what digital euphoria seems like" (Admin).

“Im having hallucinations…the sofa’s going away from meeee”! GF, after an extended session of Tetris Effect” (John Ricciardi, Twitter).


“I have been playing Tetris Effect, which is great. I've played an hour or two every night since it came out on Friday, but I'm going to have to stop because I'm literally suffering from the Tetris Effect at night. I have sleep problems as it is, and I have been waking in the middle of the night, and every time I try to sleep, I am slipping into a half-dream state, but imagining playing Tetris. It's kind of comparable to when you work a long shift and then dream you're still at work, but it has definitely messed with my sleep. Has anyone else literally felt ”the effect” ?” (God_Of_Phwoar)

Another gamer reported the opposite:


“What's bizarre is that I tend to get the afterimage stuff extremely quickly... But not at all from this version.” (Strings)

I initially documented the phenomena in my master thesis in 2010 and called it Game Transfer Phenomenon (GTP)11, later published in a scientific journal in 201112. As mentioned before, over the seven years that have passed, I have dedicated the most of my academic career since then to further investigate GTP, supported by my dear mentors and enthusiastic collaborators, jumping from country to country; Sweden, UK, Belgium and not sure where to next. 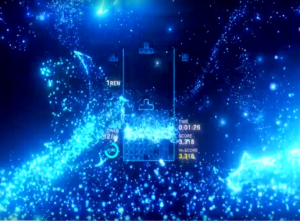 I hope this initiative of the video game industry and also the recent portrayal of GTP in popular media and scholar books will inspire more researchers, developers and students to take GTP into their hands. While we already have reported substantial evidence on the phenomena, the forms of manifestation and correlated factors, there are still more questions than answers!

If you experience some GTP with the Tetris Effect game, please share.

I have just started playing Tetris Effect. My favourite levels so far are “Ritual Passion" and "Spirit Canyon". They are brilliant! Powerful beats, movements, near-misses. Loving it!

I have experienced GTP in different games, so let’s see what happens with Tetris Effect.

If you want a copy of my papers, the validated scale to measure GTP, have some questions, or want to start a project that involves GTP just drop me an email.