This blog post is witten by Tanya X. Short, the Captain of Kitfox Games, a small independent games studio in Montreal currently working on Boyfriend Dungeon and BadCupid.

I’ve been Captain of Kitfox for almost 6 years now, and with each project I direct (Shattered Planet to Moon Hunters to Boyfriend Dungeon), I’ve learned more about both creative direction and leadership.

My experiences in creative leadership are primarily on small teams, but I’ve received agreement on and/or inspiration for these philosophies from managers at ArenaNet, Ubisoft, and other large companies, for whatever that’s worth. For context, Kitfox is a team of 8 so far.

Why Do I Care About Creative Direction?

The purposes of good creative direction are fairly self-evident after you’ve worked with someone inspiring, but in case you’re wondering about the purpose of all this, here is my argument for spending time & resources improving yourself:

There’s a reason business people (in addition to hailing taxis, exploiting workers, and sipping martinis) are known for repeating ‘synergy’ until it became a punchline. When it happens, it’s magic. 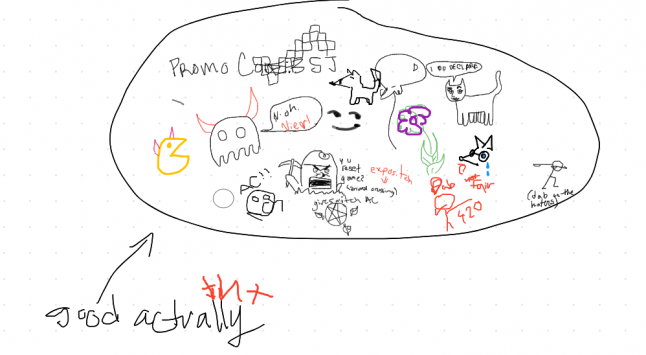 As a leader, there is very little that’s more gratifying than when you can see that two or more team members are achieving more together than each person ever could on their own. I see my purpose, as a creative leader, to be increasing the probability and frequency of that happening, to be as high as possible.

The Art of Pitching

When you’re working by yourself, you can just… do the thing. You see it, you make it, presto.

When you’re working with others, you have to communicate your vision/goals (which are probably complex, abstract, and evolving) to other humans on your team, many of whom probably think in different ways than you do. Short of telepathy, there’s some amount of translation involved, and even in the best case, misunderstandings will happen.

So rather than approach direction as a cold matter of facts and education, I recommend approaching direction the same as you would any other scenario in which you “pitch”. Direction is an act of persuasion, because you need your team members to believe that this project deserves:

I don’t see pitching as manipulation or rhetoric; when executed by a good-faith leader, pitching a direction is a sincere expression of this project’s value— and not just why it’s deserving of time in the abstract, but your particular team’s talents.

Developing this pitch to your team-mates can follow the same thought-process as pitching investors for funding, or executives for green-lighting:

The trick is to consider the appeal to your team, rather than its appeal to consumers, customers, players, investors, etc.

Pitching to the Team: Case Study

For example, let’s look at Moon Hunters. To the customers, the Kickstarterand Steam page pitch things like high-quality pixel art, Assyrian mythology, “different every time”, and co-op action combat. Those are all cool aspects of the game, but none of those things were particularly energizing for my team. None of them were Assyrian mythology nerds, or crazy for co-op. 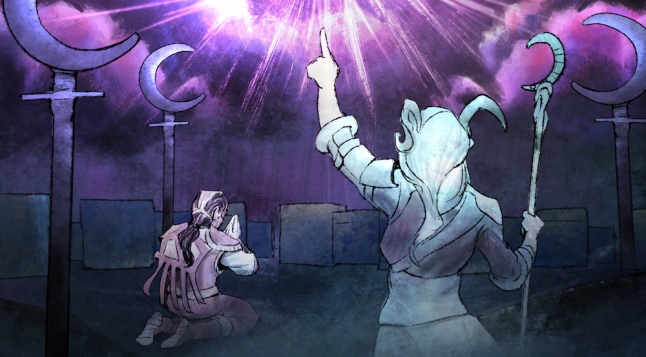 Step 1: Find the appeal (to the team)

So I sat down and I thought about why they might want to work on it. And after a good amount of thought and deliberation, over the course of production, I realized my team cared more that Moon Hunters:

Now, these appealed to different team members to varying levels.

As those appealing aspects started being integrated into the game, they became more real. We actually worked on the procedural generation innovations and networking challenges, developed the art style, etc.

Integrating “players love it” into the game directly was difficult, but we did add characters designed or named by Kickstarter backers, which was a regular reminder that we had fans.

At this point, however, it should be clear that “financial viability” isn’t really something that can be built directly into the game, so it can only be a secondary motivation at best.

Step 3: Demonstrate the appeal. Over and over.

To demonstrate innovative gameplay & technology, we tried instituting “programmer show & tell”, so the 3 programmers on the project could trade knowledge and insights, and praise each other for new developments.

To demonstrate the art style, our artists regularly posted assets and concepts as they were being finished and imported into the game.

To demonstrate the continuing player excitement, we had in-house playtests and regularly attended events. This let the team see first-hand that these people aren’t just being polite, they’re crazy for the game and won’t give the controllers back. At shows, players regularly asked to buy it, credit card in hand. 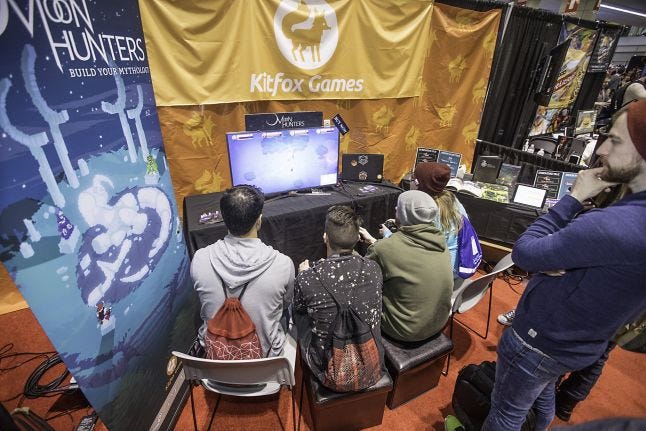 Finally, to demonstrate financial viability, I shared business, funding news, and market research with the team when it helped them feel more secure (Kickstarter success also helped with this of course), but as discussed a moment ago, this was at best a secondary motivation.

Some Pitches Are Harder

It’s worth noting that some kinds of projects are just harder to pitch, even if they’re equally valuable or exciting for you as a leader.

The easiest, most insta-persuasive pitches include:

Basically, if you can make a single image that explains what your project is good at, you’ll have an easier time of it.

Slightly more difficult to pitch are:

The most difficult pitches are project appeals that center around:

To judge your current creative direction, ask yourself:

If you can’t answer each question for each team member (or sub-team), that’s probably something to sit and think about. Maybe you really don’t know why they should buy in to your project, and that’s a problem for you to solve. But you’re creative, so I’m sure you can figure it out. 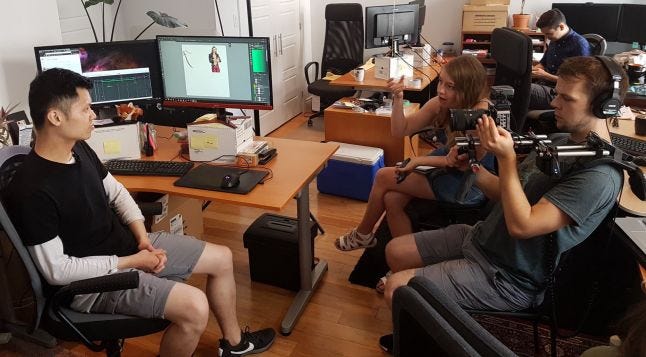 In Part 2, I’ll help you assess your personal creative leadership style for strengths & weaknesses, followed by Part 3, with techniques and process for how to give more compelling direction.