Behind the Scenes of the Paragon Studios Shutdown

The 2004 MMO City of Heroes shut down late last year, but there was an abortive attempt by studio personnel to buy the game from publisher NCsoft and keep it running -- and Gamasutra brings you that story now.
by Chris Morris
April 10, 2013

To outsiders, the Aug. 31 closure seemingly came out of nowhere, affecting 80 employees -- many of whom were just as surprised as the rest of the gaming world. But had history zigged instead of zagged, Paragon could still be around today. In fact, say Paragon veterans, up until the last minute, it looked like the company was facing a much different fate.

Paragon management -- including general manager/co-founder Brian Clayton, director of product development Destin Bales, and director of business and marketing Ross Borden -- actively negotiated with NCsoft to buy back the studio, which would have resulted in both the employees retaining their jobs and keeping City of Heroes alive for its core, but dedicated, fan base.

The deal looked like it would go through -- but at the last minute, roadblocks arose that scuttled the negotiations, sealing the studio's fate.

"It was very much a surprise," says Matt Miller, former lead designer at Paragon, who had been brought in on the buyout plan. "We all were really working as if things were going to work out. ... It was business as usual right up until the last day."

NCsoft, in a statement, said the decision to close Paragon and shut down City of Heroes was not an easy one, but ultimately, the company felt the action was best for its customers.

"We looked to sell the franchise multiple times, however, we were unsuccessful in finding a suitable partner that we thought would support City of Heroes' fans in a manner they were accustomed to for years to come," the company said. "Closing a studio and sunsetting a beloved franchise is never an easy thing to do for the publisher, the developer or the fans. This was not an easy decision to make. We truly thank our fans for their years of support and we hope they understand the difficult position we were in when making the final decision." 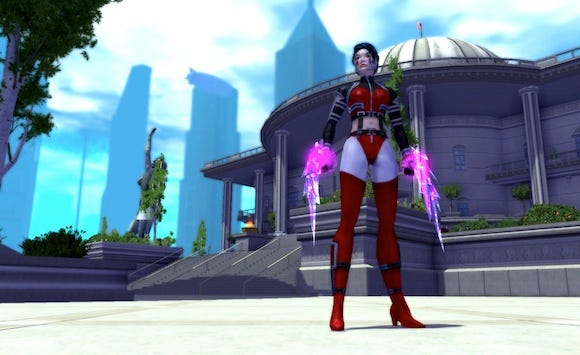 The sad saga of Paragon actually starts a couple of months before the doors were closed. Clayton, Bales, and Borden were told things were not looking good for the studio. NCsoft management was planning some changes and they were ordered to begin planning for the end of City of Heroes.

Paragon, which started as NCsoft NorCal, was given caretaker duties for the game when the publisher bought the property from creator Cryptic Studios. Though the game launched in 2004, it still had an active community, which Paragon supported with regular updates -- and even move the game to a free-to-play model in 2011. (Miller says the game was more profitable as free-to-play than it was in the pay-to-play model.)

The developers, arguably, loved the game more than the fans -- and that passion led them to look for alternatives to a shutdown.

"Those guys ... really loved what the studio was doing and they really felt that the game still had legs," says Miller. "So they actively sought another publisher to purchase Paragon Studios from NCsoft. ... Suffice it to say that eventually the talks broke down. The buyer wasn't going to buy and NCsoft wasn't looking to sell. So, plan B, which I always thought was a great plan from the beginning was the management buyout."

Negotiations started off pretty good between the parties. While Miller wasn't in the talks, he was briefed regularly. And the company was optimistic enough about its future that it quietly began to ping select media outlets to discuss plans on how it would break the news once Paragon and NCsoft had reached a separation agreement.

"Things looked like they were going to go well and then things just kind of stopped going well," says Miller. "I'm not exactly sure where the sticking points were, but in the logistics of business there's always some sticking point somewhere [on which] people just aren't willing to budge and I think that's where we ended up. There were one or two points where neither side could budge.

"On the night before we all got the notice of the studio shutting down, Brian, Ross, and Destin were in there still trying to work out that deal. We were a signature away from things going through or not - and we unfortunately fell on the not side."

At that point, between 15-20 people were part of the inner circle surrounding the attempted buyout. And while all of them were instructed not to tell anyone the deal had fallen through, word spread quickly -- as it tends to do in the gaming world. By the next morning, most of the employees knew what they'd be hearing that day and immediately began cleaning out their desks when they arrived at work.

While the layoffs and dangled-but-retracted hope of independence were disappointing for the team, it was just as frustrating to walk away from the projects they were working on.

The latest City of Heroes update was less than two weeks from hitting the live servers. Plans were underway for the game's upcoming anniversary. And two new IPs were in various stages of development at the studio.

All of that work had to be abandoned.

Since City of Heroes wouldn't be shut down until the end of the year, Paragon tried to give players a final gift, says Miller. While the latest update was unfinished, it was close enough that they tried to open it up to players.

"I insisted that we push it up immediately bugs and all just so the players had something new for the last couple months but even that was impossible to do," he says. "We just had no support from NCsoft for getting a new version out there. It was too bug-ridden and it was going to cause customer-service complaints and they didn't want to have to deal with that." 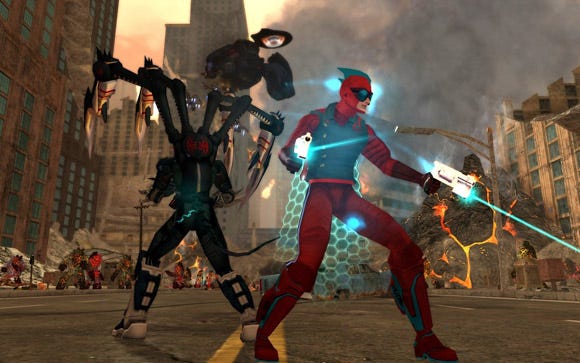 The anniversary plans Paragon had for City of Heroes were elaborate, Miller says. A new enemy was about to make its debut, which would culminate in the opening of a moon base for players. Preliminary work was underway, including concept art and level layout.

"We really wanted to give the players a brand new environment -- something they've kind of been asking for, something to take the game to that galactic stage," says Miller. "We've had superheroes in the game. You start off [and] you're just fighting street crime. Then you move up and you're fighting citywide threats and then global threats and then these sort of extra-dimensional threats all threatening the world. And we really wanted to take the stage and make it more of a galactic stage.

"So we had an alien invasion race called The Battalion that was going to be arriving in the very next issue. That would play out over several issues culminating with the moon base, where you would use the resources of the moon base to actually fight back and basically kick Battalion out of our solar system."

The team had actually been planning seeds for the Battalion for the past six years, hinting to players a big threat was on the way, but never clearly spelling it out.

"We were like, 'Hey, we finally get to bring that big threat and make good on all the promises that we made'," says Miller. "So it was actually sad that we didn't get to follow through on that."

Instead, the team revealed the plans to fans via the game's forums -- in an "Ask Me Anything" style chat after NCsoft announced the shutdown.

That relationship with the fanbase was a unique one. When news of the shutdown broke, in fact, players offered to contribute their own money to keep the game and studio alive.

Had the management buyout occurred, Paragon had planned to retain ownership of not only City of Heroes, but the two other IPs it was working on. Miller declined to discuss those, citing NDAs, since they're still the property of NCsoft, but he did say plans were in place to fund their development.

"We did want to do a Kickstarter," he says. "And we had some fantastic ideas for that Kickstarter, but at the end it just didn't work out. It was funny because the players were in as much shock as any of the developers -- and they were like, in all the forums and on private messages on Twitter, 'Why don't you try X, or Y, or Z? Have you thought about doing a Kickstarter?' Things like that.

"Of all of them I've read, none of them were something we didn't already try. It was fantastic that they were willing to try and help us out in any way they could by giving us ideas, but all those ideas were stuff we had tried and we were planning on in some way, shape, or form. It just didn't work out."

Fans didn't stop there. Some community members put together a pitch package that they presented to Disney. Others mailed cakes to NCsoft's Korean headquarters to protest the decision. 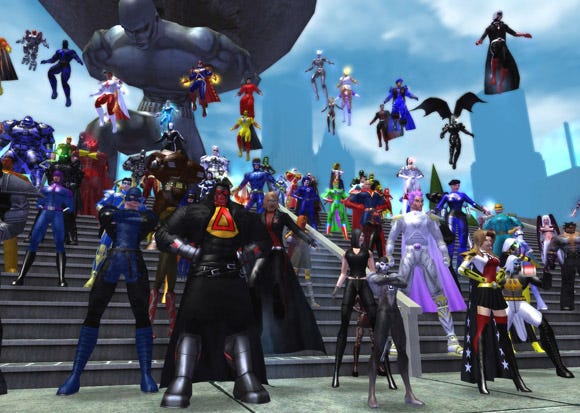 While Paragon itself was shut down, there was nothing stopping the team from simply banding together to launch a new studio. Miller says that while that's a good idea in theory, the realities of the industry and the economy made it a little less likely.

"Anyone who was a full-time employee got 60 days of pay," says Miller. "So, a lot of people took that and said, 'Wow, I can actually go and take the time I need to find a great job.' ... A lot of people got severance as well on top of those 60 days. So, a lot of people went out and found jobs to start on November 1st to basically have stuff lined up. Within a couple weeks people were already lining up their own careers. Getting that new studio started just got harder and harder the longer time went on."

They might no longer work together, but the Paragon team hasn't entirely broken up. Some have moved to other states for new jobs, but they keep in touch via a private Facebook page. And some who are still in the Mountain View area still get together -- though not as often as they did in the immediate aftermath.

"There were some core groups of close friends who would get together for coffee, go to the movies, get together for game nights and stuff," says Miller. "We continue to play games -- board games and stuff. ... It's become less and less [frequent] nowadays but there are still several of us who keep in touch."