Battle.net is no more as Blizzard rolls out rebrand

World of Warcraft developer Blizzard has laid the "Battle.net" brand to rest after two decades of service.

The change was implemented last night (in Europe, at least), with some Reddit users noticing the Battle.net name had been dropped in favor of 'Blizzard' after restarting the client. For many, it marks the end of a golden era.

"It's such a minor thing, and sort of funny that it bothers me so much, but it's going to take a while to get used to the new icon on my system tray," wrote one redditor.

"I'm in the same boat. I know it really doesn't matter and I shouldn't care, but it's sad to see Battle.net go. So many fond Warcraft 3 memories there," chimed another.

Blizzard explained it would be dropping the famous moniker back in September, largely because some users seemed confused by how the Blizzard and Battle.net brands related to one another.

"We've seen that there's been occasional confusion and inefficiencies related to having two separate identities under which everything falls -- Blizzard and Battle.net," said the company at the time.

It also makes sense on a practical level, as Battle.net was initially built to support Diablo multiplayer during the days when dedicated services for playing games online were commonplace.

These days, they're anything but. And with the idea of built-in multiplayer now more of a normal expectation, Blizzard felt the time was right to retire the name for good. 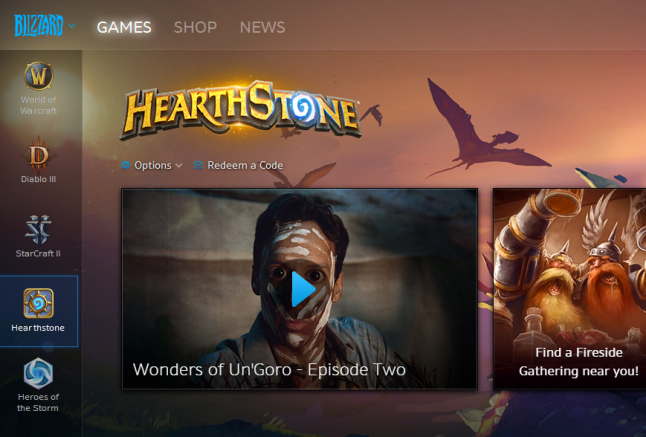