Adobe Vs. Unity: The Future Of 3D Web Games

As Adobe marches towards a Q2 launch for its Molehill, the 3D version of Flash, developers must decide whether to aim for that, Unity 3D, or an in-house solution -- Gamasutra investigates.
Game Developer
Staff
January 12, 2011

[As Adobe marches towards a Q2 launch for its Molehill, the 3D version of Flash, developers must decide whether to aim for that, Unity 3D, or an in-house solution -- Gamasutra investigates.]

If analysts are correct -- if online and mobile games generate half the projected $87-billion total game market's annual revenue in five years, as investment advisor Digi-Capital predicts -- the question arises: What will it take to capture market share?

Leading-edge tech that supports immersive play, such as in 3D browser-based games, will surely have a major impact across the web, but which technology companies will developers favor?

It's not a simple choice, to be sure, say game makers who must weigh the overwhelming popularity of the near-ubiquitous Flash against the support they receive from the developer-friendly Unity.

Instead, Taiwan-based XPEC Entertainment has chosen a third alternative -- building a proprietary Flash-based 3D engine for its next game, Maze Myth, scheduled for a year-end 2011 release. The game, which XPEC calls "the world's first 3D, Flash-based, real-time battle browser MMORPG," was discussed in detail at GDC China in December.

"We decided against Unity because, even with its new Unity 3 version, it still takes at least 30 seconds to download and plug in the program," says Aaron Hsu, XPEC's chairman. "Most browsers already have Flash installed so there's no need to download it. Which is why we decided to go with Flash when, three years ago, we started working on our Flash-based 3D engine, which we call the Hive Engine." 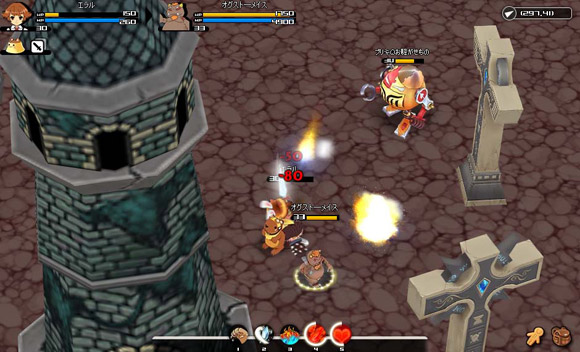 Hsu recalls that his team was thrilled when, on October 28, Adobe announced that its next release, codenamed Molehill, would support 3D, confirming that XPEC was heading in the right direction with its own Flash engine. But why would XPEC continue the Hive project when it could just as easily adopt Molehill?

"Because even though Adobe says Molehill will be available in Q2, there could be delays," explains Hsu. "If there are no delays, we will quickly transition to Molehill. If we complete Hive first, we will use Hive. It all depends on who is quickest."

But Adobe has no intention of missing its deadline. In fact, it is already partnering with Quebec City-based developer Frima Studio which is "adapting and improving its existent technology platform to support all the new features and possibilities included" in the upcoming API, according to Steve Couture, Frima CEO.

"As a pre-release partner, we receive pre-release builds and participate in both forum and voice discussions with the Flash Runtime team," he elaborates. "We were able to expose concrete challenges that game developers face."

One of the developer-friendly aspects of Molehill, says Couture, is that it supports a fallback to a software renderer for older hardware. "Adobe licensed TransGaming's SwiftShader 3D. Molehill offers a low-level API to access the hardware. This provides enough flexibility for those who want to get their hands dirty, but allows others to use available 3D libraries to use it as well."

Couture believes Molehill "will have a large impact on browser-based games and their quality; it will unlock the full potential of today's hardware."

For example, he says, one could play a game comparable to Call of Duty or Gran Turismo directly on their Facebook wall. The acceleration hardware allows one to have moving items on screen -- 2D or 3D -- giving more interactivity and immersion possibilities for gamers, hardcore or casual, he explains.

"Thirteen years ago, I wanted Flash to become a tool for game developers," he says. "With Molehill, this is it. It's finally a gaming platform."

And yet, Frima is using Unity's technology as well as Adobe's.

"Unity is a great product that we use for some of our projects," explains Couture. "The Flash player, however, has a huge advantage because of its existing distribution and trust. This is particularly true for free-to-play and social games. Installing software is a big obstacle in this market, especially when the key to success is to have the widest entry door into the game."

Unity is, of course, well aware of that hurdle it needs to overcome before it can do a better job of competing with Flash.

"Yes, Flash has this massive install base which is up in the high 90 percentile," acknowledges David Helgason, CEO of San Francisco-based Unity Technologies. "Which means that when you offer somebody a Flash game, you know that, say, 98 percent of the gamers will already have Flash installed.

"We, on the other hand, have approximately 40 million plug-ins out there which translates to just a few percent of however you estimate the world population of computers.

"More important is the installation success rate. Up until September when we launched Unity 3, our success rate was 60-70 percent, meaning that when you offered a Unity program to somebody, 60-70 percent of them would agree to install the plug-in but 30-40 percent would not."

Helgason attributes that reluctance to several factors: "Some people have just been told to beware plug-ins, while others have slow connections and can't be bothered to wait for it -- even though the plug-in is only 3MB. And some people are on closed networks or are working on PCs where they can't install stuff." 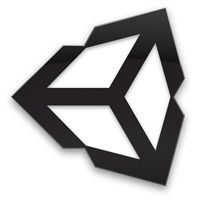 But, since September when Unity unveiled the new version of its game engine, the installation success rate has leaped to around 90 percent, Helgason claims, mainly because the former multi-step process has evolved into a one-click installation. "We're still gathering data on that," he says, "but developers have told us that they are seeing much better success rates."

Disregarding the plug-in issue, the Unity engine has fared particularly well due to its longevity, especially in its support of 3D; it's been around since 2005 when the original version was unveiled with 3D capabilities as well as its rich game tool set.

"The Unity engine has been around for five years, which means that we've been building our tools for quite a few years and there is a depth to them, an exactness and a polish that's really hard to achieve. And the tools are extremely well-documented," says Helgason. "That means books as well as a lot of sharing and knowledge going on in a very big community.

"Developers have appreciated that openness combined with a deep game focus. So while may lose some potential customers because of the plug-in issue, we gain others because of our very fast development times; developers get a significantly better experience in the browser with Unity than with Flash simply because it's very easy to put in really complex content and do really good game-specific stuff like physics, streaming, networking, and so on -- in addition to 3D -- that is somewhere between hard and impossible to do with Flash."

The Unity engine has had particular success in the mobile device space where, Helgason reports, his company is far ahead of the competition.

"We're wildly successful on the iPhone, for instance," he says. "There are over 1000 Unity-based iOS games in the App Store for iPhone and iPad while I don't think any other game tool set -- including Flash -- has more than perhaps 100 or so games. That's because, with those small devices, you really want to be close to the metal and not have a lot of overhead. And Flash has a lot of overhead. There's no telling what share Molehill will get, but we feel we have a pretty big leg up for a while at least."

Helgason was unable to supply data regarding how many developers build with the Unity engine versus Flash, but he says that, when it comes to games, Unity's market share is growing rapidly.

"A very significant number of people use Flash for stuff other than games -- for things like video and website menus and so on. I'd love to know how many people are actually building games with Flash; I don't think anyone has those numbers."

In the meantime, Unity is working on bundling deals similar to the ones Adobe has with computer makers like Dell.

"When a Dell computer comes out, the Flash plug-in is already pre-bundled with it," says Helgason. "We don't have that sort of market power yet. But we're catching up incredibly fast and I think we'll start to see those kinds of bundlings soon, perhaps in the next two years.

"In the meantime, we're looking forward to the Chrome browser adding what the Google techs call Native Client. What that will do is give Unity games the ability to run natively in the browser without a separate plug-in. You can imagine how important that will be to us."

While an Adobe spokesperson acknowledged Unity's success in 3D games, "it needs to be emphasized that 3D in Flash won't just be for gaming. Our soon-to-be-released Flash platform with 3D will have a major impact across the entire Web -- e-commerce, digital marketing, rich Web apps, etc., because of the proliferation of Flash Player which is not considered a plug-in anymore in terms of the end users. To them, it's just there."

At the moment, the 3D Flash platform is in what Adobe is calling a very limited, private beta.

"Our focus has been on the tools and engine providers who are critical on the 3D work flows," says Jennifer Taylor, senior director of product and strategy for gaming solutions at Adobe. "But we're extending our beta now to more of the developer and publisher community, and then we'll be opening up a more public beta in the spring."

Then, when Molehill is released -- in Q2 if on schedule -- the question is what sort of competition will developers see between the Adobe and Unity engines.

"At this point, we're still in the early days when it comes to adding a third dimension to the Web," says Taylor. "Unity has been incredible in terms of delivering these capabilities to the industry. But, with Adobe's base of over three million developers, it's obvious that we bring a different lens to the opportunities around 3D. We will be bringing 3D to the broader Web community, effectively empowering the masses."

And Adobe's goal? To become as game developer-friendly as Unity is perceived to be.

"Obviously, one of the things Unity has done very well is deliver great capabilities in their engine and their tools," observes Taylor. "We haven't announced any specific plans at this point, but you can imagine that Adobe is focused on designers and developers. We're going to be looking to find ways to solve their challenges and to make working with 3D as easy as we've made working with video, with vectors, with all these different content types.

"We are thinking very strategically about ways in which we can reduce the cost and the pain and the challenges for developers so that they can embrace the new capabilities we are adding to the runtime around 3D."