This week I was assigned to be a Producer for an extraordinary team of UAT Game Studio students creating an action survival horror game entitled Ascendance. I continue to document my experiences into video game production.
Samy Dib
Blogger
July 20, 2015

Catch up by reading my previous entry here:

This week I was placed with an extraordinary team of talented students who have been diligently working to create an action survival horror game called Ascendance. Two producers have been established to help bring Ascendance to life. I am one, and the other is Joshua Martonick. He too will be blogging about his experiences with this project and can be found here: http://gamasutra.com/blogs/author/JoshuaMartonick/1001079/

The first step here was to establish an effective means of communication. Any relationship will fail or succeed based on proper communication and I personally feel that this is no different. The project lead, Jake, and Joshua are both on campus while I am located on the east coast and will be contributing through online only. Because of the time differences and the separation factor, we felt that holding a Skype meeting once a week should be sufficient to go over work that was done and assign the next week’s assignments. If there were any hot topics that needed to be addressed prior to the Monday meetings, we will be shooting those through personal emails so that it can be handled immediately.

Being a producer will allow me to work out my leadership muscles. Although I won’t be doing any heavy duty leadership, I will still aim to support and mentor anyone who is willing to listen. Being an effective leader will not only lead to great games, but great companies as well. As Seth Spaulding mentioned in “Team Leadership in the Game Industry,” building great team leaders can bring about reciprocal trust and loyalty, increased retention, greater company and team morale, healthier employees, and other benefits within the organization (2009). I’m going to always strive to become a great leader and help others to do the same.

Unlike a few of the other UAT Game Studio teams, the Ascendance team isn’t looking to seek funding for development via crowdfunding or early access (Steam). Ascendance is being created with the free model in mind and serves as a working demo of what these students can do. In the end, the game will serve as a very valuable portfolio piece. So what does this mean for players? Well we will be looking to release the game at various points of development for outside Beta testing and need the help of gamers to do that. We aim to find these players through our marketing strategy that we have put together. Upon final release, Ascendance will be released completely free to the public.

As I went over last week, as a Producer you are expected to handle a wide variety of aspects regarding the game. For Ascendance, Joshua and I will mainly be handling the marketing aspect of the game. At this point in time, Ascendance didn’t have anything established, so this was our number one thing to tackle. We created a production schedule that would last us throughout the rest of the semester, approximately 5 weeks or so. This schedule would serve as an outline for us on where we’d like to be every week and will be adjusted as need be.

Some of the things we decided to take on were creating the Facebook page, Twitter account, and the Ascendance website. This will be our initial jump into the social media web space. The website will take some time but we searched around and decided to go through Wordpress to get this up and running. Wordpress appears to be very easy to use and will serve its purpose as a central hub for our game. Facebook and Twitter will be our primary means to reach out to the community and begin building a following. We will push out various updates and interact with our players through these channels.

While these are being worked on, we will also be documenting our development through weekly development journals that will be published on Gamasutra and IndieDB. We will also be starting a development thread on the Unreal Engine forums since the game is utilizing the power of Unreal Engine 4. This thread will be updated a few times per week when we release new screenshots, features, and videos of gameplay. Many people tend to visit these three locations and if we keep updating our game’s progress on all three spots, we may be able to reach a good number of players who will try out the game and give valuable feedback. At this point in time, I have already finished writing up the posts that will be uploaded to these locations but am still waiting on a few art assets prior to them being released to the public. I imagine it won’t take long through and you will be able to find the development journal post under the same account as this one.

Looking ahead, we have quite a few things planned for the production of this game. We will be looking to create a short teaser video, not longer than 30 seconds, to help build up some hype for the game. After that, we will aim to have a full-fledged trailer created for the game. These, along with many other gameplay videos, will be hosted at our YouTube account that we will also create down the line. All of these will take time, meanwhile we will still be writing up weekly development journals, thread updates, social media interaction, and updating the Ascendance website.

Next week I should be able to share the links to the Facebook and Twitter account for our game. I may also give out the website address depending on its current state at the time. For now though, look below for the story of the game and some screenshots of the development in progress.

Our story starts in the year 2017. Lithuania has released a biological virus against invading Russian troops in a last effort. The biological virus spreads to the United States just days later infecting coastal cities. The president initiates project Bastion, which are giant underground bunkers to safeguard American citizens further in-land. Each Bastion is equipped to be self-sustaining underground cities equipped with boiler rooms, water facilities, entertainment levels, and even security.

The game takes place in Bastion: 01, also known as the presidential bunker which is located in New Mexico. By the year 2019, Bastion: 01's doors have failed and the virus seeps in. Bastion: 01's doors are also in a constant locked state which prevents free access to the outside. Thousands of the residents inside the bunker start to mutate on the first level. Panic spreads as people start to attack each other and push down towards the bottom depths of the bunker. By the year 2021 only 10% of the Bastion's residents are non-mutant.

After 21 years of the pandemic inside of Bastion: 01, the main character is born into this post-chaotic world. While out scavenging supplies for the camp, the main character finds one of the lost scientists who worked on the Bastion. The scientist saves you from an attacking mutant however is severely wounded in doing so. The scientist crawls back to his room and in a last effort before dying, he hacks Bastion's security protocol opening the giant doors at the very top for only a limited amount of time. Players will have to fight their way through the remnants of Bastion: 01 and the many mutated inhabitants still around while racing against this set time. 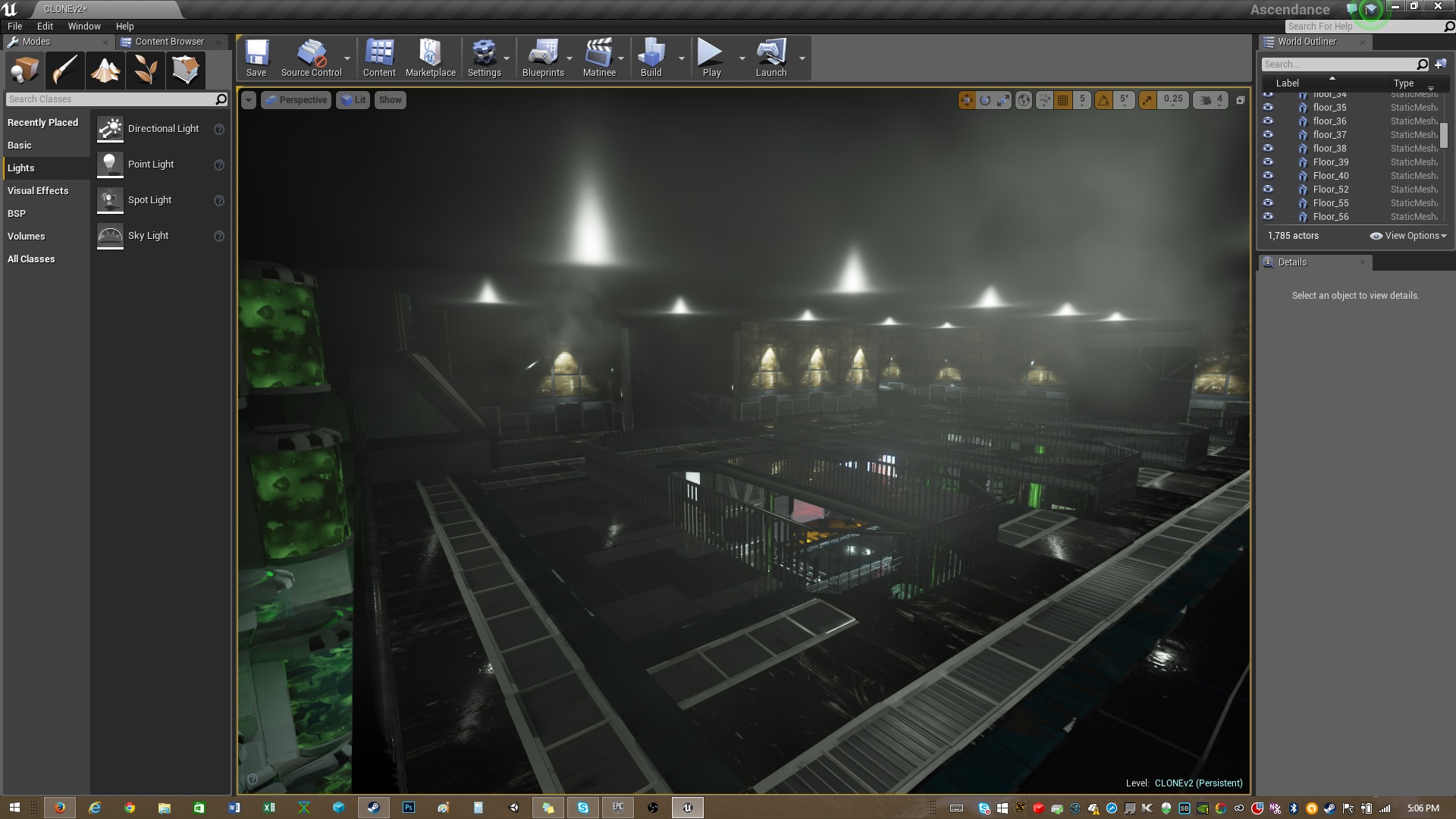 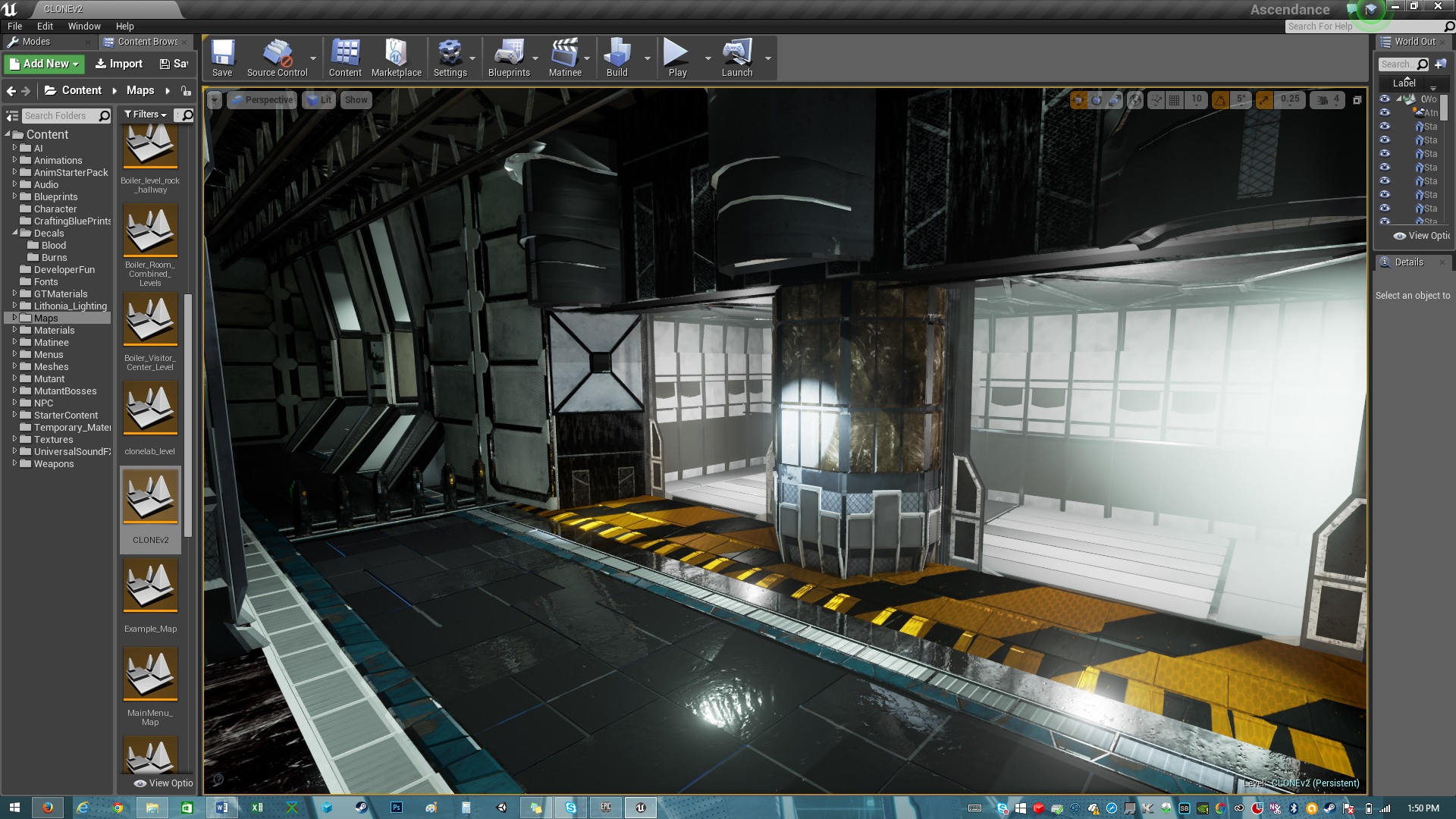 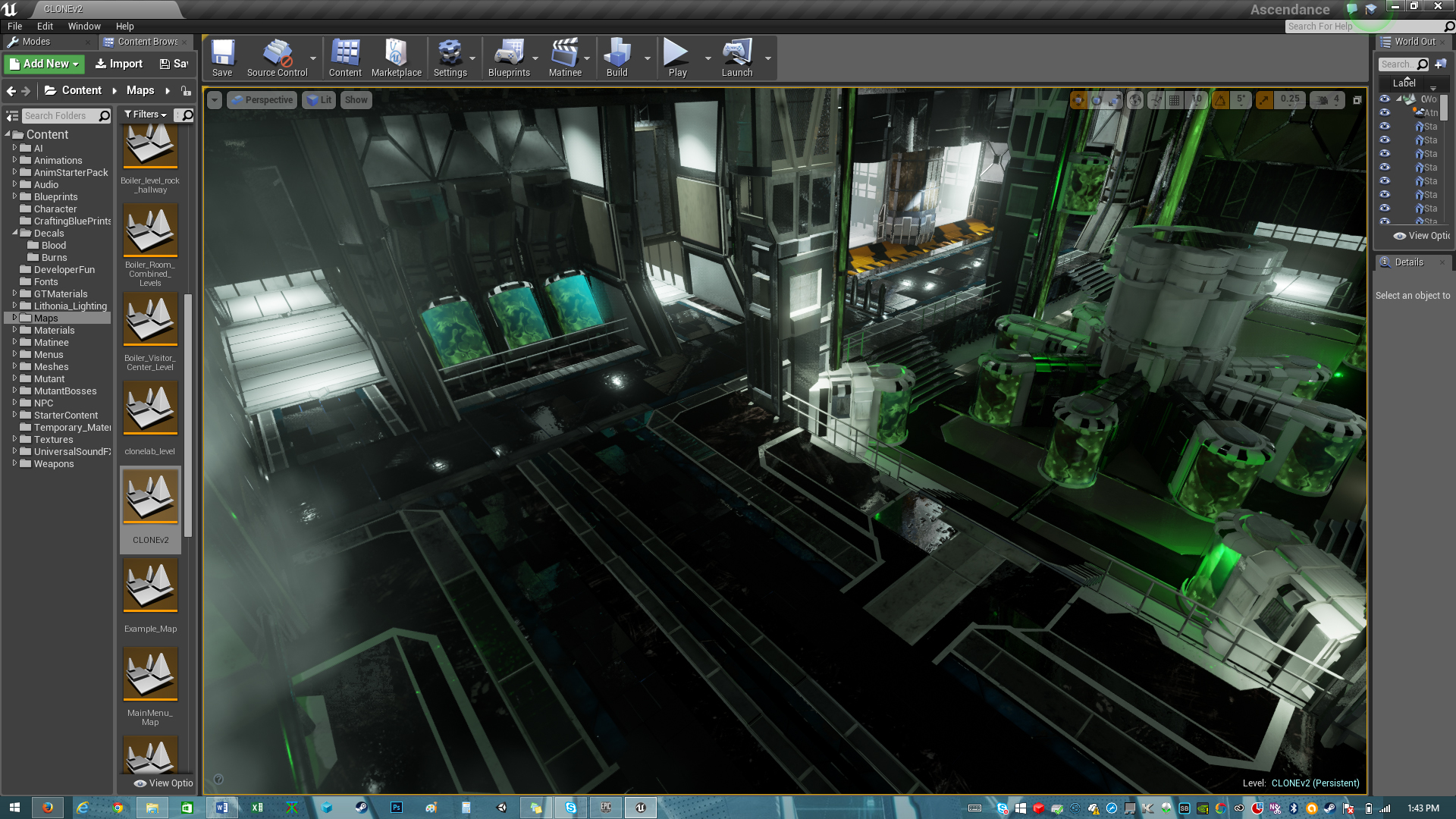 Well that’s it for now. Until next week, happy gaming!