A game patch that’s worth it. Financial details when releasing a patch

Game finance, inflation, player enjoyment - everything must be taken into account when releasing a game patch. I follow a small dev team from Romania and their Unity made pirate game.
Crina Voloseniuc
Blogger
March 19, 2021

“When’s the patch coming out?” That one, simple question can get game developers excited. It means that somebody out there is interested enough in their game to ask for a patch, a fix, an update. It certainly means that people got invested in the game and, as a developer, one can dream about expanding.

In my previous blog post, I mentioned a small team of developers from Northern Romania working on a retro-vibe 2D pirate game. They were crazy enough to make it completely free, with no microtransactions, and no items on sale. It’s a game for all those that feel particularly nostalgic about old-school RPGs and it will certainly remind some of the Port Royale series and other similar names.

“Elly and the Ruby Atlas,” the side-scrolling RPG with pirates, trade and ships has continued to gain popularity and lo and behold, the developers are still at it as they've just released a game patch while keeping everything completely free for the players.

Thinking about it, it’s a bit ironic. We’re talking about a pirate game that makes absolutely no revenue for the developers or company. Even our childhood villain, Captain Hook, seemed a bit interested in treasures but the “Elly and the Ruby Atlas” team is not.

The pirate game that deserved a patch

Players that have tried “Elly and the Ruby Atlas” received the news of a patch with enthusiasm. A decent number of new features have been added to the game and we will be exploring some of them in detail.

One of the new cool things is the 15 new buildings. What are they for? A “little” big thing called Player Island or New Meridian. Besides being a cool addition to the lore of the world, it was a challenge for the developers because planning and plotting needed to take other details into account. 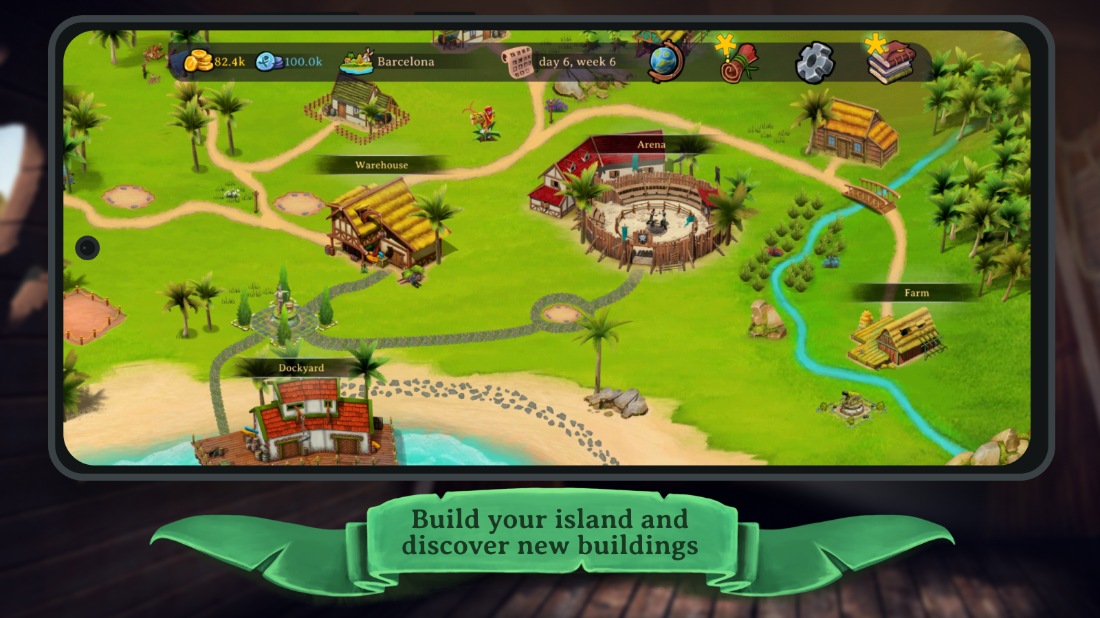 Player input and customization have never been overlooked even in the patch.  Even in v1.0, players could change various visuals of the ship. Having the ability to do so builds a connection between the player and the game. The player involuntarily ends up caring more about the world because the game becomes more personal.

By the same token, the players will also have the chance to name the island in case the name “New Meridian” doesn’t shiver their timbers. So, Player Island actually becomes another connection point between the player and the world.

The tricky aspect of virtual currency

Even if the game makes no money in real life, the player can make in-game gold as quests are completed. This is how the majority of games work; “you do something to earn something to buy something to do something”, but I don’t know if anybody has ever warned game developers that they need to have basic finance knowledge when working on even the smallest of games.

Figuring out that your game needs a currency and reward system is not hard. However, if your game does not have a “Fin. End. Go away” screen and can be played on and on, this means you also need to provide the players with an opportunity to spend their hard-earned gold on something. Of course, one can use the age-old “Repair” trick but even that has certain limitations. 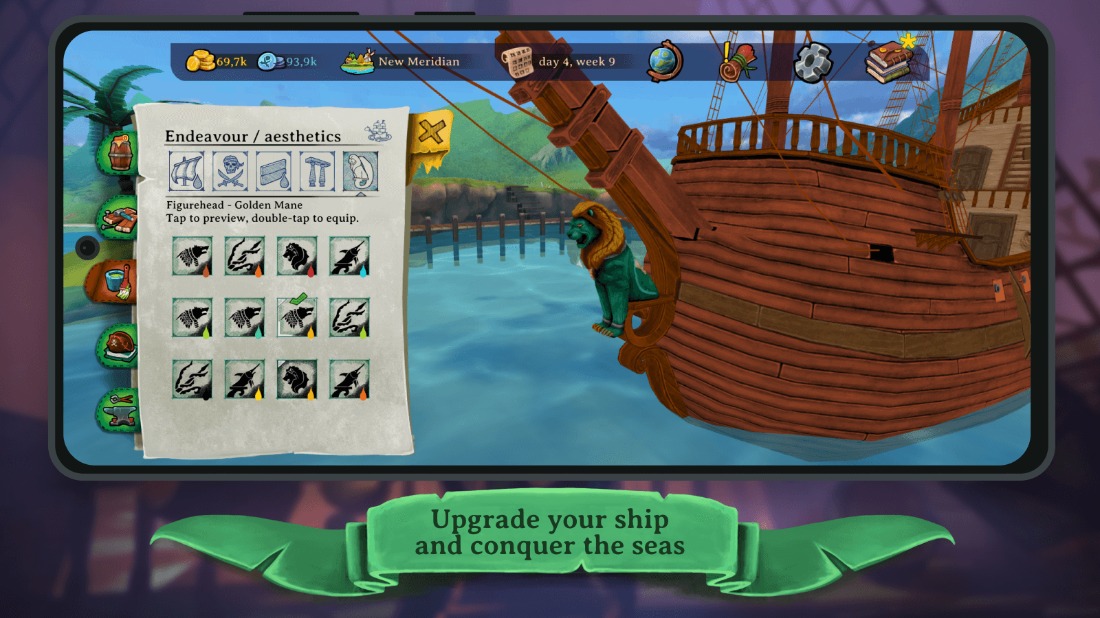 It can be daunting to realize that the fanbase you’ve managed to build might eventually drift off... and not because the game is bad but because it slowly becomes boring after a player goes through the majority of the content. Some people argue that perhaps we should look at video games for bits of life advice. Sometimes, the way we use money in a game mirrors how we use it in real life.  For example, we can use games to understand that having money without having a challenge or ambition becomes uninteresting easily.

While taking real money away from players is off-limits for the ASSIST “Elly and the Ruby Atlas” team, having various ways to spend in-game cash is vital. As such, Player Island, itself, is available through purchase and all upgrades cost the player gold.

Now, instead of solving one problem, you might actually be creating another even more frustrating one – grinding. Will players do it? Yes, if the game is interesting and satisfying enough. Will they enjoy it? Unlikely. The entire player retention plan might go down the drain. 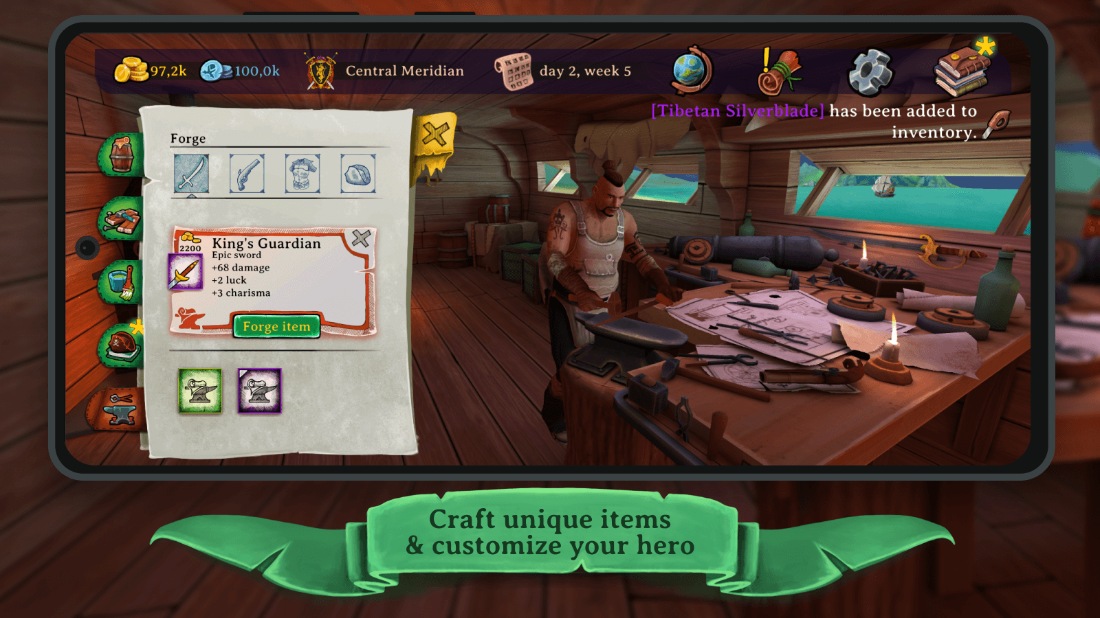 There is nothing more annoying than having nothing to do but grind in that game you loved so much just because you were skilled enough to ace it. The good news is that the fix is easy if done right and the new patch of “Elly and the Ruby Atlas” does try to make the game more complex and keep it as interesting as possible for the players. The buildings that the player constructs on the island actually have a functionality. Goods can now be produced on Elly’s personal island instead of only being obtained by trading.

A pirate game that tries to deliver a full experience

Trading, exploring, taking care of the ship. What’s next?

Players like this little pirate game because it’s an RPG and because they also get to fight. The mission is to bring Elly closer to her goals and fighting her enemies is a big part of this. Therefore, the fighting aspect cannot be overlooked since building houses in a pretty, vibrant world is not all this game is about.

One of the new buildings included in the update is the Arena. You’ll want your Elly to be good at fighting and have decent stats because winning fights will bring a different set of rewards. Well... if you, as a developer, are introducing something such as an Arena, your rewards need to be compelling, and exciting enough, right?

I’m pretty sure you can see where this is going now. 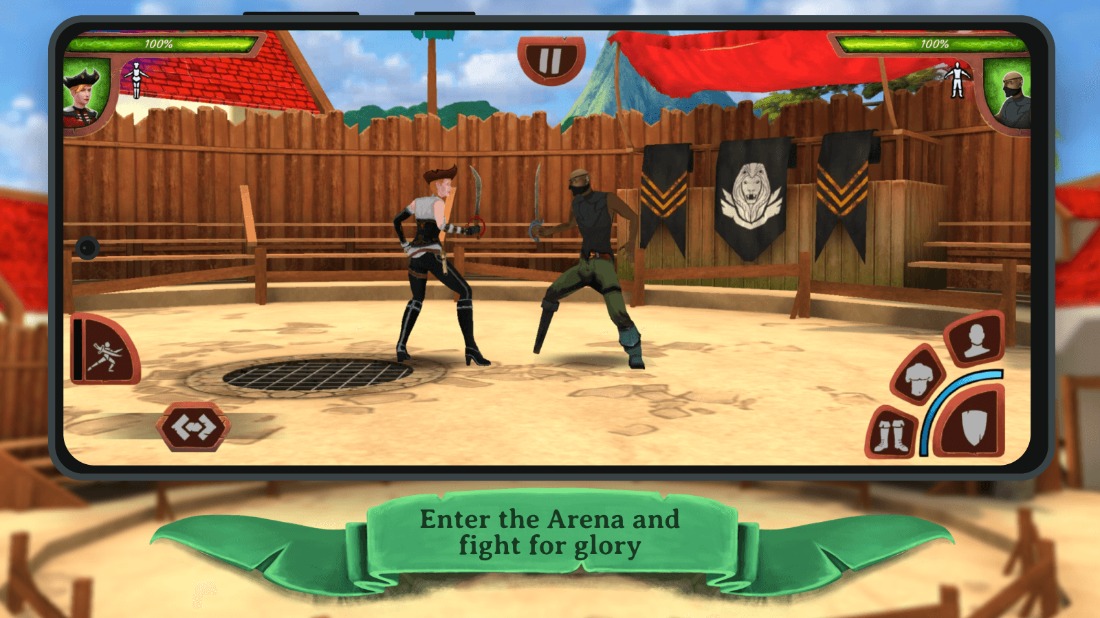 The patch introduces a new type of currency: the doubloon. Trouble is that by doing this, a dev can imbalance the virtual economy of a game. Pirate game enthusiasts have probably heard of doubloons (they’re Spanish gold coins, by the way) but introducing them also meant giving the players the chance to spend them and fast, from the dev’s point of view.

Yes. A Black Market can make it or break it.

Of course, we aren’t talking about an actual black market that boosts inflation, but rather another feature introduced in the patch, one of the 15 buildings the player will be able to build. What does it sell? Something (and by “something” I mean gear) that can be bought only with doubloons. These items have a legendary rating, and they can be found only at the Black Market. To be extra clever, a refresh system was added on the displayed market items. Therefore, the player would need to spend gold to have the market refresh its stock. It’s a gold spending trap for the impatient, but we all know it works. 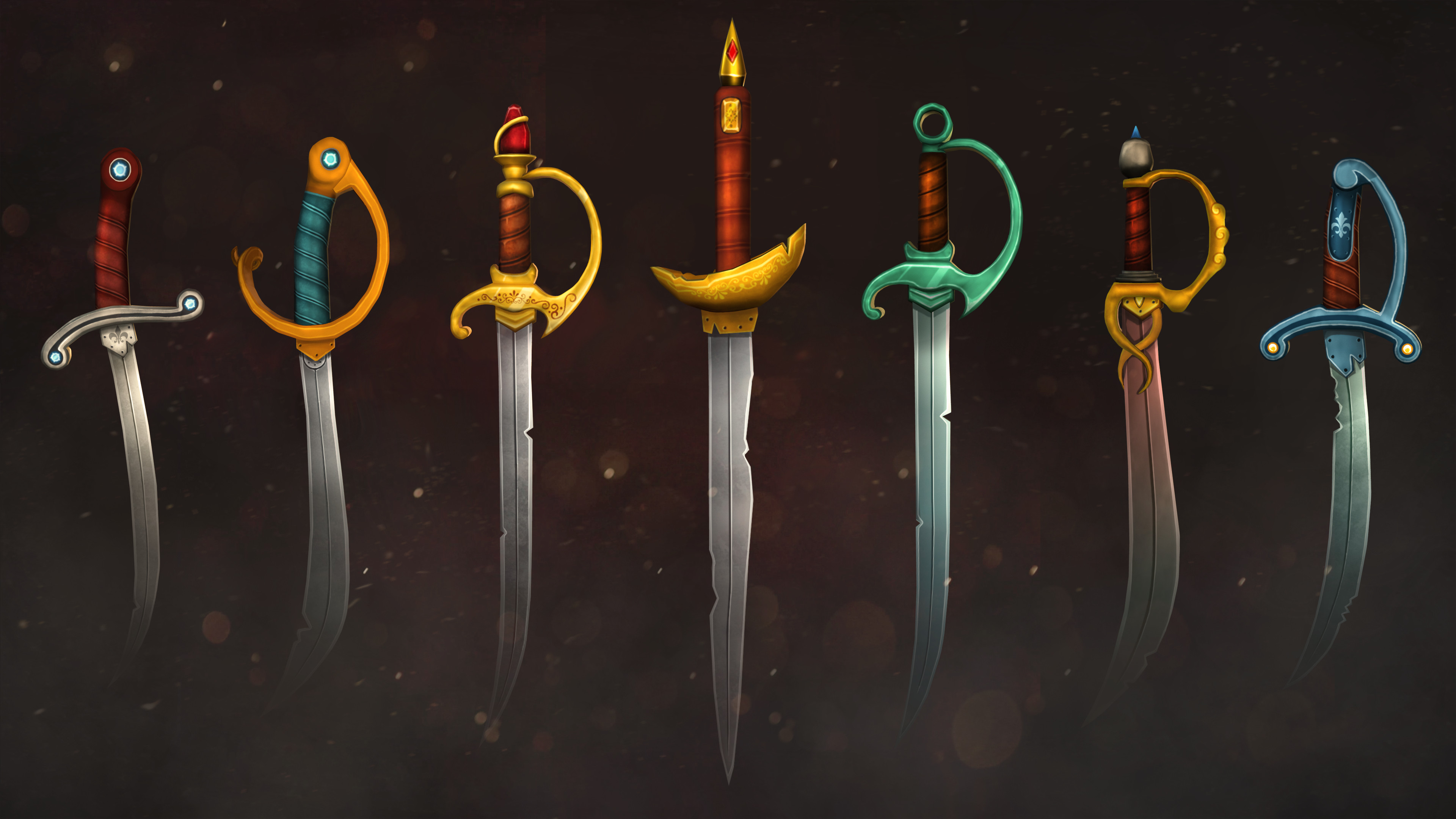 And these are only the epic ones

Of course, the financial mechanics of Elly and the Ruby Atlas are only a taste of how developers need to handle virtual currencies and even if it doesn’t come close to the complexities of an MMORPG’s banking system, it is the foundation on which financial systems are built.  It’s one of the many aspects a team needs to consider when constructing a game because it can make the game less enjoyable if done wrong.

The buildings, the Arena and the Black Market are only a few of the new features of this patch but they deserve the attention because of the currency system they employ. Although simple, currency management is a crucial aspect all game developers should take into account. 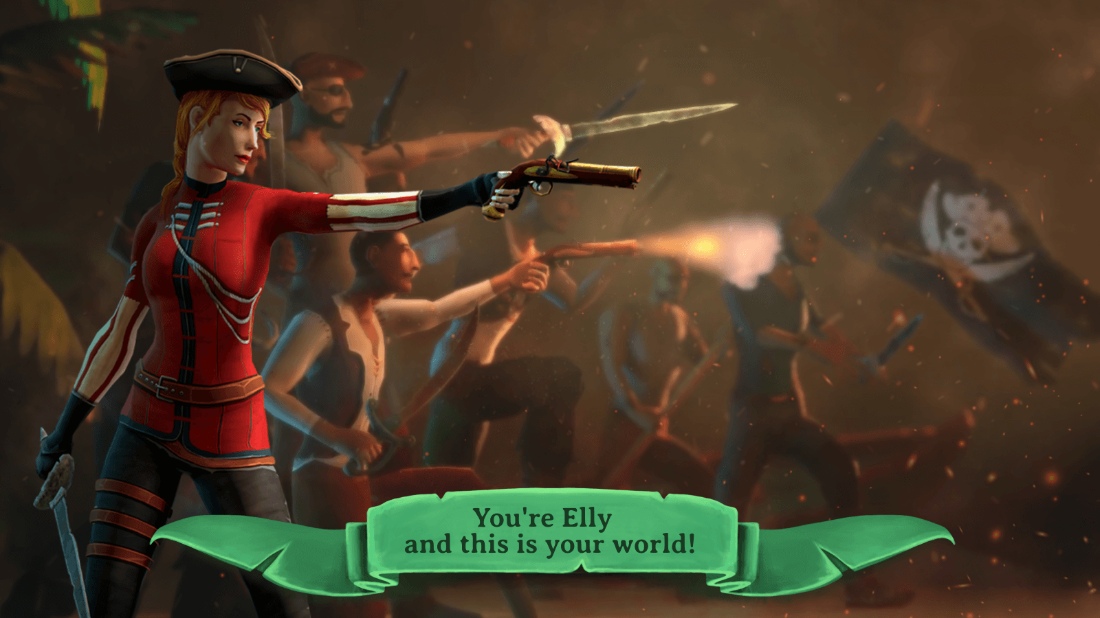 All in all, the devs working on Elly and The Ruby Atlas hope that players are excited about the new patch. Everything is a learning process, so they are always grateful for constructive feedback. You can give Elly and the Ruby Atlas a shot by downloading it and adventuring into a bright and entertaining world.