7 Reasons Why Participating in Game Jams is Morally Good

The following is a transcript of the keynote delivered by Eric Jordan, CEO of Codename Entertainment, at OrcaJam 2016 on October 26th.
Clive Gorman
Blogger
November 02, 2016

The following is a transcript of the keynote delivered by Eric Jordan, CEO of Codename Entertainment, at OrcaJam 2016 on October 26th.

I have great respect for each and everyone one of you for committing to spend this weekend making video games. In fact, I think what you are doing is morally good. I know that not everyone will agree with this idea, but let me share with you why I believe this is the case.

Reason 1: Playing video games can be easy but making great video games is hard. I think it is morally good to challenge yourself with difficult things.

Sadly, there have been movies that I have watched after which I thought to myself 'I think that was more fun to make than it was to watch.' Then other movies have blown me away. One of my favourite recent movies is Mad Max: Fury Road. It was wonderful to watch, but imagine what it was like to film? One of many aspects that I really enjoyed were the stunts with the cars. Of course, what made them work was that the production team built cars and then had some of the best performers in the world blow them up and do other amazing stunts. I don't know much about stunts, but I am sure that was really hard and certainly much easier to watch than to do.

Reason 2: Great solutions are often very hard to find. The better the solution, the more obvious it appears in retrospect. I think it morally good to bring more elegance to the world.

Even though playing a great video game can feel very intuitive and easy to understand as a player, the reality is that it was probably very difficult for the developer to get it to that point.

Reason 3: You are working this weekend to improve yourself. That is morally good.

Many of you may not know that before running Codename Entertainment, and before selling my last business to IBM, I studied painting at the University of Victoria. That's right. My degree is not in business or Computer Science but is in Fine Arts. Now, when I say that I studied painting, I don't mean studying someone else's paintings, but I was actually taking a brush and putting it onto a canvas, creating paintings.

I believe that to do something really great, you have to do it badly a lot of times. Robert Rodriguez  (the movie director) said that if you want to direct films, then you should direct films. Don't worry if your first movies are bad. The trick isn't to avoid making bad movies, but to make bad movies without spending a lot of money or time. If you spend a lot of time or money on your first movie (which will probably be bad), then you will never get to make or second movie (or potentially never even finish your first project).

The same can be said of video games. Everyone has a bad game in them. Get through your bad games as quickly as you can for as little money as possible. Learn from those experiences and move on to your next game. I believe that is the only way you can ever get to make really great games.

Reason 4: You are facing your fears to bring happiness to other people. That is self-sacrificing and a morally good thing to do.

Fear. Yes, fear. When I started painting, my professors talked about the fear of staring at a white canvas and asking yourself, how will I ever make something that is worthy of being created?

We now live in a world where more video games are submitted to Apple every two days than were published on the Nintendo Entertainment System during the entire nine-year lifetime of that console. There is an incredible diversity of games. That is great for players because there is so much choice, but it means that developers are facing intense competition. I don't mean competition merely from a business perspective and 'Can I make a living?', but instead, an intense level of competition from the standpoint of 'Why should I even bother?'

And so starting a new game, staring at a blank canvas, or starting any new creative project is a time of fear. That is normal, and by choosing to come here this weekend, you have decided to not let fear guide your actions. You may still be afraid, but you have made a commitment to go forward regardless. And why? To make a game that entertains people. To make a game that makes people happy.

Reason 5: You may be here to help improve your employability. Preparing for a career that you love, which can pay you well enough to support you and your family be anything but morally good?

If you wish to work in the video game industry, then employers like Codename Entertainment will care more about your experience and projects that you have completed than anything else. If you are in school, sadly, your grades aren't really relevant. What is important is that you are actually learning and then demonstrating that learning through projects - games that you have made.

Furthermore, most people join the video game industry because video games have been a hobby/passion for many years. As a result, table stakes are that you are fluent in the language of games. The video game industry has much higher expectations than any other industry regarding knowledge. The industry can do it because people already are playing games and there is so much desire in working in the game industry.

For example, we get one or more unsolicited job applications every day! The way that you will set yourself apart is getting good at your craft of making games. And the way you will demonstrate that craft is through game projects like those you will create this weekend.

Reason 6: By being here this weekend, you support this new, enlightened narrative that video games are a force for good and you are here to fight for its legitimacy.

As I have grown up, I have watched two different narratives about video games play out in public consciousness. The old story is that video games will rot your mind. I say this jokingly, but it isn't far off from an often repeated narrative about video games being a negative influence in society. This narrative is very pervasive.

If I say to you "Picture in your mind the average person who likes video games." Most people will imagine some variant of the 'typical gamer' as a teenage boy in his parents' basement. What they won't imagine is the reality: the largest proportion of gamers are middle-aged women who dominate Facebook, Big Fish Games and a lot of very successful mobile games.

Reason 7: One of the most exciting things about making video games is there are still whole new genres to be discovered, and you could discover them here this weekend.

This means that our industry is still expanding. If you were to create a painting, you are looking at a history of thousands of years of works of art. People have been creating and thinking about painting for a long time.

This is not so with video games. The industry is still evolving and changing. Mobile games, streaming and eSports are all very new and who knows what will be the next success story. 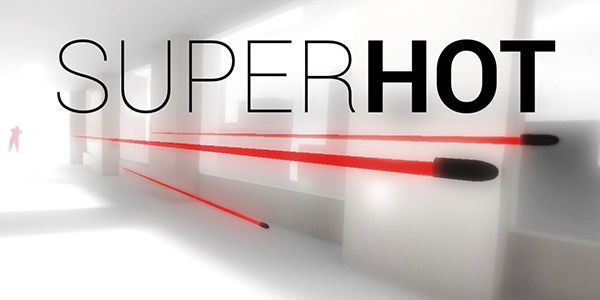 One great example is the game Superhot. It began life as an entry in the 7 Day FPS Challenge back in 2013. Then, in September the same year, Superhot's team built a browser-based demonstration. This was followed by a Kickstarter campaign to secure funding to complete the title. Finally,  Superhot was released for Microsoft Windows, OS X, and Linux on 25 February 2016. An Xbox One version was published on 3 May 2016. Looking to the future, a virtual reality version Superhot VR will be released for the Oculus Rift by the end of 2016.

So go forth and create!