5 events that impacted the game industry in 2016

From Vivendi's hostile takeover efforts to Tencent's $8.6 billion Supercell buy, Gamasutra considers how some of the most significant events of 2016 will impact our industry for years to come.
Alex Wawro
Blogger
December 14, 2016

Gamasutra editor Alex Wawro continues our yearly series of year-end roundups by looking back at some of the biggest events that impacted the game industry in 2016.

The end of the year is upon us, and many are all too happy to see it go. Before we show it the door, it's probably a good idea to pause a moment and mull over what we've seen.

Of course, this is only one perspective on the year that was; you can get a broader retrospective by checking out yesterday's analysis of the top trends that defined the game industry in 2016.

Let’s start with a showstopper: Niantic and The Pokemon Company’s launch of Pokemon Go this summer.

We tend to shy away from calling out game launches among our top events of the year because they rarely have significant lasting influence on the game industry; Pokemon Go is an outlier, a free-to-play augmented-reality game that became a bit of a pop culture phenomenon.

Game industry execs sat up and took notice, to be sure, but Go's canny marriage of the broadly appealing Pokemon license with proven F2P AR mobile game tech got everyone from South Korean tourism officials to U.S. presidential candidates to the staff of an animal shelter in Muncie, Indiana talking about (and presumably, playing) the game. 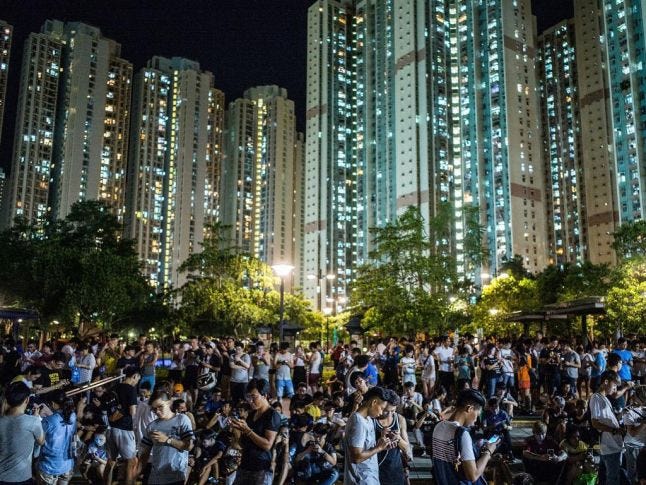 Before Pokemon Go, AR game design a relatively niche topic in the game industry; after Pokemon Go, it’s a pretty safe bet that AR games and experiences are being talked about in design meetings, conference halls and board rooms around the world. We expect to see significant investment and innovation in the AR game space in the years to come, and the lion's hare of that interest (if not all of it) is due to the high-profile success of Pokemon Go.

The game engine business in general was real interesting this year, but Amazon’s decision to field its own competitor against established players like Unity and Unreal was the event likely to have the biggest impact on the game industry in the years to come.

Amazon’s Lumberyard is a strong competitor out of the gate: built on CryEngine tech, it’s basically free for devs to use and capable of targeting a wide variety of platforms -- including VR. More importantly, it plays nice with Amazon’s extant tech: Amazon Web Services and Amazon’s Twitch.tv streaming platform, for example, which together support and entertain a significant portion of the Internet. 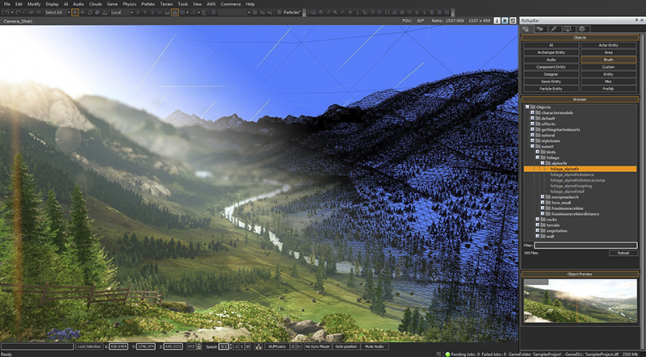 That doesn’t mean it’s the best engine on the block, of course -- nobody but you knows what tools are right for the game you want to make. But Lumberyard’s remarkably robust debut this year has very quickly brought Amazon into the game engine market as a major player, and that’s likely to have a significant impact on the industry going forward.

Vivendi pulls off a hostile takeover of Gameloft

Big, headline-grabbing hostile takeovers are notably rare in the game industry, so Vivendi’s successful conquest of Gameloft this summer was kind of a big deal. But beyond the takeover itself (which Gameloft's board warned was "likely to destabilize the company and its teams"), this is significant because it appears to be a major step in Vivendi's plan to re-enter the game industry in a big way.

Vivendi has had a hand in the industry for some time, of course, but it lost a lot of clout a few years back when it gave up ownership of Activision Blizzard. That decision proved pretty profitable for Vivendi, and the fact that it’s now invested some of its profits in wresting control of Gameloft is a big deal.

It also presages further shakeups in the industry, as Vivendi has made no secret of its plan to acquire both Gameloft and Ubisoft, uniting them under its banner. The fact that both companies were founded and run by members of the Guillemot family (though the family stepped away from Gameloft "with regret" following Vivendi's takeover) lends the whole affair another layer of human drama. 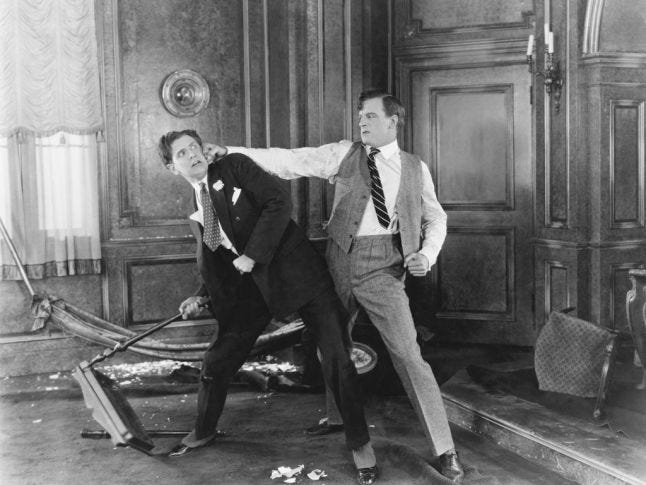 We don't know what the takeover looked like, so here's a stock photo.

In the face of Vivendi's encroachment, Ubisoft chief Yves Gillemot has publicly stressed how valuable he believes the company's "creative independence" to be and stated that a takeover "threatens the construction and pillars of Ubisoft." The company is one of the largest in the game industry, employing thousands of game makers around the world, and when you consider their fates along with all the Gameloft stakeholders who have had the course of their careers altered by Vivendi's takeover, it seems likely this acquisition has impacted the industry in ways we can't yet fully appreciate.

Disney gets out of games -- again

Disney surprised many of us this year by abruptly canning its Disney Infinity game franchise, effectively exiting the console game business.

This was a surprising and saddening move, since it meant the closure of Disney-owned Infinity developer Avalanche Software and the loss of roughly 300 jobs. It also spelled the end for a (seemingly popular and profitable) toys-to-life game franchise which had benefitted from Disney's collaboration with developers across the game industry, from Team Ninja to Sumo Digital to United Front Games (which itself closed down this year, months after Infinity was canned.)

Plus, this means Disney is now basically out of the business of making games. This isn't the first time we've seen Disney cut and run when it comes to game development -- the company has a history of killing game studios, including Junction Point, Propaganda Games and LucasArts -- but it does seem to be the last time we'll see Disney actively involved in anything other than licensing and mobile game publishing for the foreseeable future.

The end of Disney Infinity also spoke to a broader shift in the game industry away from toys-to-life games, which boomed in the wake of Activision's success with Skylanders but brought with them tricky concerns like shelf space and toy manufacturing costs. The market for games with physical toy accessories isn't doomed -- the Skylanders and Lego Dimensions games continue to appear on store shelves, and by all accounts Nintendo's Amiibo business is brisk -- but Disney's abrupt exit significantly shook some stakeholders' faith in toys-to-life. 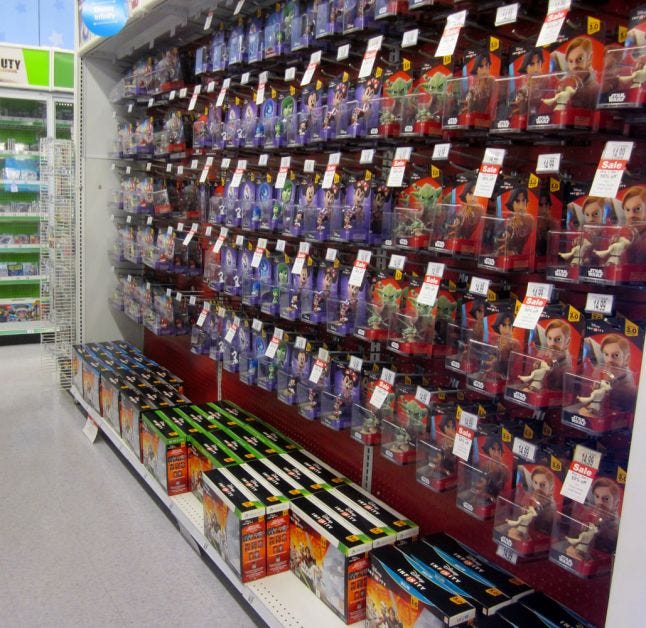 Shelves full of Disney Infinity toys are a thing of the past.

Game industry analyst Joe Dodson told Gamasutra he was "shocked" by the decision, noting that he had been following the company because he believed it to be a leader of the toys-to-life market as a whole.

""We've been following the toys-to-life sector very closely, because the revenue growth since 2011 has been explosive. And Disney Infinity was a huge part of that growth. It was the market leader, it had ridiculously strong licenses," Dodson said earlier this year. "And in 2016 it's gone."

$8.6 billion. That's how much Chinese tech giant Tencent spent this year to buy a majority stake in Supercell, the Finnish mobile game company known best for F2P titans Clash of Clans and Clash Royale. Money is what powers the game industry, and when so much of it gets thrown around in a single deal we have to sit up and take notice. 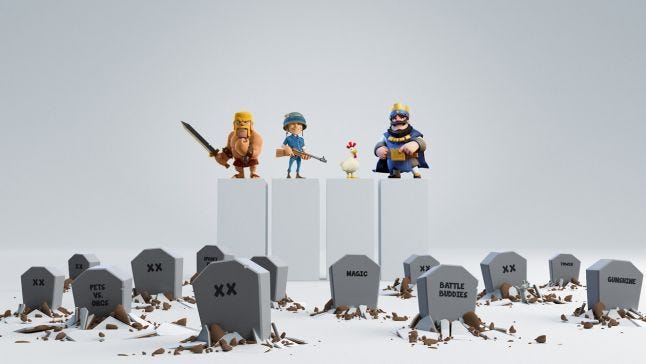 According to market analysis firm Newzoo, this deal immediately made Tencent the world leader (among publicly-traded companies, at least) in game revenues. Just behind it in the #2 spot is Activision Blizzard King, which rose to that position on the back of its $5.9 billion purchase of King in 2015.

The King acquisition was one of the biggest events of last year because it portended a shift in how major players in both the console and mobile game markets do business. This Supercell acquisition is likely to do the same, as it affords Tencent a commanding presence in a market it has struggled to penetrate: Western mobile games.

This may not affect most developers' day-to-day lives, as it seems like it would be in Tencent's best interest to allow Supercell to continue doing the work that made it so highly valued in the first place. But in the long run, this consolidates revenue in a way that's likely to shape how the game industry evolves. Tencent now controls the biggest revenue generators in both PC (League of Legends, operated by Tencent subisidiary Riot Games) and mobile (Supercell's Clash of Clans and Clash Royale) game markets. What will it do with all that money? We're about to find out.