Oculus VR founder Palmer Luckey took to the stage at Oculus Connect this morning at Hollywood's Dolby theater to talk about "metaverse" dreams -- the idea of a persistent virtual world for VR. He didn't unveil such a product from Oculus, but he did announce an important parternship: Minecraft is coming to Oculus Rift this spring.

Luckey said that games like Minecraft are the first step toward a "metaverse," or a persistent virtual world in VR.

Before he founded Oculus, he said, "that experience of playing in these virtual worlds got me thinking for the first time about what a metaverse would look like," and inspired him to dive into the VR project that ultimately became Oculus Rift.

"As I was playing these games... I realized we were really close," he said. "That's really guided a lot of what we've thought about at Oculus, what it means to build online virtual worlds."

Luckey then proceeded to throw Minecraft schwag, including foam swords, to the audience at the Dolby Theater. 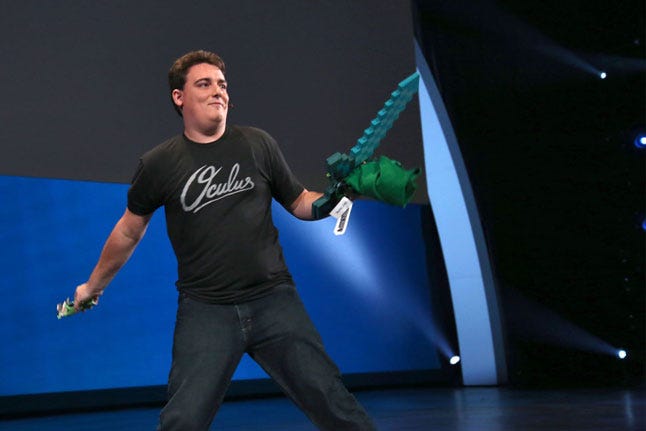