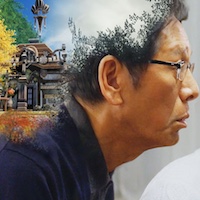 Some of the highlights include the depths of the Secret World role-playing community, a unique new Final Fantasy-themed TV show, and lots more.

It's the offsite Advisory Board meeting for Game Developers Conference 2018 this weekend, and there's all kinds of neat sessions being rated and feedback spilling all over the place. Which is why this is a shorter preamble than normal.

Video game developers confess their hidden tricks at last (Owen S. Good / Polygon)
"Jennifer Scheurle opened up a can of game-design whoopass on Thursday. Scheurle, a designer with Opaque Space (whose current project is the virtual reality game Earthlight) tossed out an open question on Twitter that will make you question what really is underneath the hood of your favorite game."

Tacoma (Errant Signal / YouTube)
"This time I took a look at Tacoma, the latest Fullbright release. [SIMON'S NOTE: great design analysis here. Video notes at beginning that it has spoilers for both Gone Home & Tacoma, though, for the spoiler-averse.]"

'Destiny 2' Does What 'Destiny' Never Managed to Do: Set the Player Free (Alex Kane / Glixel)
""We had some pretty broad concepts to introduce the player to when we launched Destiny," says David "DeeJ" Dague, the developer's community manager. "To introduce them to the Guardians, and to socialize them with the three different disciplines that bring the Guardians together.""

Running a Post-Apocalyptic Indie Studio (Robert Zubek & Matthew Viglione / GDC / YouTube)
"In this 2017 GDC talk, SomaSim's Robert Zubek and Matthew Viglione describe how the indie game landscape has changed for product design, self-publishing, and team structure, and presents tips on how to navigate the new reality."

Making Games in Tehran: A massive market, disconnected (Brie Code / GI.biz)
"The games industry in Iran is saturated with opportunity. According to the Digital Games Research Centre (DIREC), 23 million of Iran's 79 million people currently play games. 64% of Iran's population is under 35, a demographic that the games industry knows how to target. [SIMON'S NOTE: also stay for a notable comment from Dan Griliopoulos.]"

The Mission to Archive Nintendo's Dying Social Media Platform (Matthew Gault / Motherboard)
"For five years, Nintendo fans have filled up the walls of Nintendo's social media service with simple communications and beautiful hand drawn art. That art often filtered into Wii U and 3DS games, and made for unique experiences while playing Mario Kart 8 and Splatoon online. All of that will end on November 7, 2017 when Nintendo pulls the plug."

Researching Mac gaming history part 2: Usenet (Richard Moss / Unbound)
"BBS message and file archives are extremely difficult to come by (although that's been improving in recent months) because they were generally small and usually accessed only by people in the same area code (i.e., local calls), and as far as I know there are unfortunately no archives of AOL messageboards from the era (all I could find was this set of files, which will be useful in researching whatever Mac gaming history stuff I do after this book), but Usenet is a different story."

He’s Getting a Fireball: Josh Sawyer Reflects on Nearly 20 Years Spent Making RPG Classics for Obsidian and Black Isle Studios (Kat Bailey / USGamer)
"It's a quiet Wednesday morning; and in what has become a regular ritual for the Obsidian, Josh Sawyer has brought bagels for the team. He enjoys it because it brings him back to college, where it was much easier to bike around than in Irvine."

How 'The Secret World' Role-Playing Community Became Too Real (Cass Marshall / Waypoint)
""I just want to tell stories," I complained bitterly to another game master, burnt-out and increasingly discouraged. We were both running role-playing groups around Funcom's conspiracy-fueled MMO, The Secret World."

The making of Alpha Protocol, Obsidian's secret best RPG (Robert Purchese)
"Imagine a glitzy cinematic sequence where you, as a secret agent, fight your way through an aeroplane soaring through the sky. You're pressing button prompts appearing on the screen while your hero whacks, chops, spins and kicks at the baddie in your way."

Double Tap (Ste Curran / GDC / YouTube)
"In this 2017 GDC session, game designer Ste Curran gives a talk about guns, their effect on games and how that changes gamers (and the world). It's an intense, combative talk that asks the audience to reflect on the games they play and create.  [SIMON'S NOTE: one of the most performative talks we've hosted at GDC.]"

Obsidian on Tyranny’s expansion & writing believable evil (Rick Lane / RockPaperShotgun)
"Most games that put you into the shoes of the bad guys are about reveling in evil, gleefully causing havoc and destruction like a toddler who’s got into the stationary box. Obsidian’s RPG Tyranny is different."

Nintendo Dev On Working With Kojima,'Splatoon 2,' Rise of Japanese Games(Chris Suellentrop / Glixel)
"If anything marks the year in games so far, it's the abundance of exceptional Japanese games, starting with Nintendo’s own The Legend of Zelda: Breath of the Wild. And Nintendo's Jordan Amaro worked on two of them."

From The Elder Scrolls to the US Secret Service: where videogame trees come from(James Davenport / PC Gamer)
"During the climax of Star Wars: The Force Awakens, the Millennium Falcon crashes through a dense pine forest and skirts toward the edge of an icy cliffside. The trees splinter and pancake as the space jalopy slides to a halt and our heroes emerge unscathed, leaving a shower of splinters and snow in their wake. But the trees are not what they seem."

The game girls who also stream on Twitch (Merritt K / Kotaku)
"In many ways, Geisha Monroe and Mandy Morbid are typical Twitch streamers—they’re gamers who share their play experiences with an online following. They cosplay, they collect game-related memorabilia, they tweet Overwatch memes."

Exclusive: Behind Austin Wintory's musical mastery in Tooth and Tail (Brock Wilbur / Zam)
"If you’re going to announce a videogame soundtrack that is destined for great things, the best choice you can make is invoking the name Austin Wintory. Having made a name for himself across more than fifty feature films, Wintory's break-out work has coming the form of making game soundtracks that are often a bigger draw than the games themselves."

Conan Exiles' creative director on finishing up phase one of Early Access (Bryant Francis / Gamasutra)
"Earlier today on the Gamasutra Twitch channel, we were lucky enough to be joined by Joel Bylos for another look at Conan Exiles, which recently joined the Xbox Early Access program and released some huge new updates."