SEARCH
A minimum of 3 characters are required to be typed in the search bar in order to perform a search.
Audio
4 MIN READ
Featured Blog 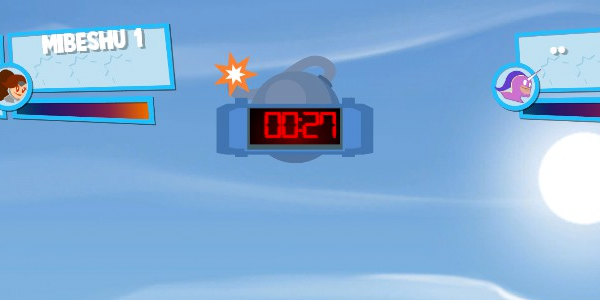 Pictured: countdown timer that kicks in at 1m30s (if nobody is knocked off-screen yet)
At 1m 30s into the match, a countdown clock appears, counting down from 30 seconds.
If nobody is eliminated by the time it hits 0, Sudden Death kicks in by default.
Sudden Death is when the screen is shrinking, causing a lot of pressure on the players -- the smaller the screen, the easier it is to kick someone off-screen. A simple stumble into an obstacle can cause you to lose. Sudden Death is very intense.
The challenge of designing an OST here is having 2 separate tracks, one for Race Mode and one for Sudden Death. However in Race Mode it has to be a build up. The tracks need to start off with a BANG, and then keep on going up. We know the mode can't last over 2 minutes, and at 1:30, a countdown timer appears. 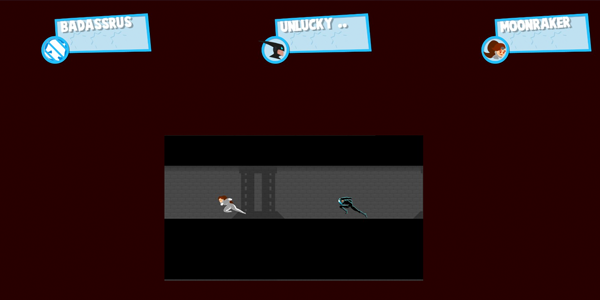 Pictured: shrinking screen in
This is exactly what we did -- produced a series of tracks that have this fun upbeat, but keep on adding on pressure and build up towards Sudden Death.
So instead of doing a looped track, we know there are 2 minutes before the game switches it's gears.
After Sudden Death kicks in, we have a looped track which has constant high-pressure, since you can -- in theory -- play in sudden death for a long time.
After playtesting for a few hours though, we realized an interesting thing. You tend to remember exactly how the Sudden Death track plays, since it's a loop, and you get to sudden death no matter what in a normal game. (unless there are just 2 players playing)
Race Mode tracks though, since they have a build up, make the game very interesting to play through more and more -- you discover new beats that you wouldn't hear otherwise. You may play 20 matches, and if there are 7 tracks on random, and each match a new track gets selected, you end up discovering new tunes constantly.
This is because Sudden Death will usually kick in at different times during the match, whenever someone gets knocked off-screen. The music keeps on changing and building up, and odds are you will keep discovering new parts of a specific track for a while.
It's a mesmerizing effect. Especially if you have a match reaching the countdown clock, the last 30 seconds of tracks are really intense, and lead up to an explosion that transitions into Sudden Death. The timer doesn't appear often, and feels like a truly high pressure match.

It makes playing with similar skill level opponents so much more rewarding, adding an incredible amount of thrill to SpeedRunners.
This recording of a recent SpeedRunners user level includes the full 2 minutes of one of the tracks. Notice how it builds up and becomes more intense towards the end. Imagine if it was resetting every time someone died, and how it would feel like to be in a longer match -- discovering parts of the track you haven't heard before, while being in a really intense situation within the game.
Design
Get daily news, dev blogs, and stories from Game Developer straight to your inbox
Subscribe