The composer and producer of the Silent Hill series has found a new home at up-and-coming Shadows of the Damned developer Grasshopper Manufacture, and is contributing the game's soundtrack -- he discusses here the future of the company and industry.
Christian Nutt
Blogger
October 08, 2010

Earlier this year, longtime Konami employee and Silent Hill composer and producer Akira Yamaoka left the company -- and popped up at Grasshopper Manufacture, the upstart Japanese developer headed by iconoclast Suda Goichi, he of the golden sneakers and playful moniker SUDA 51.

This interview was conducted after the long-awaited reveal of the studio's project for EA Partners, Shadows of the Damned. When the publisher showed off the game for the first time, it also revealed that Yamaoka, whose soundtracks for Silent Hill have long been beloved by fans of the series and game music connoisseurs, would be providing Shadows of the Damned's tunes, too.

In this interview, Yamaoka speaks of a Japanese game industry in flux. While Grasshopper has lofty claims of wanting to become the number one studio in the world, it is untested and in a process of expansion right now -- and bringing in key talent like Yamaoka is a big part of transforming it into a powerhouse.

In the bigger picture, the Japanese industry's transition to the current generation has proven complicated, and Yamaoka weighs in on that issue, too.

You first entered Grasshopper as a producer, but now you've been asked to do the soundtrack for Shadows of the Damned.

Akira Yamaoka: [That made me] very happy. Before, I was working at Konami -- I wanted do go in a different style, working and making things at Grasshopper.

AY: A different style. That was something I wanted to do. Now I'm very much enjoying my work.

So did you go to Grasshopper to work on Shadows of the Damned?

AY: Not exactly. There wasn't a particular game under discussion in the beginning. When Suda approached me, he was talking about how he wanted me to join and help his company become the number one developer in the world. So I decided to join him at the company -- not just because of Damned, but because of everything they have going at the moment.

Do you think GHM can become number one?

AY: Well, not yet, but in the future. I think our collective goal is to attain a number one position in about five years.

AY: Oh, we have many ideas. We'd like to become number one as quickly as we can. 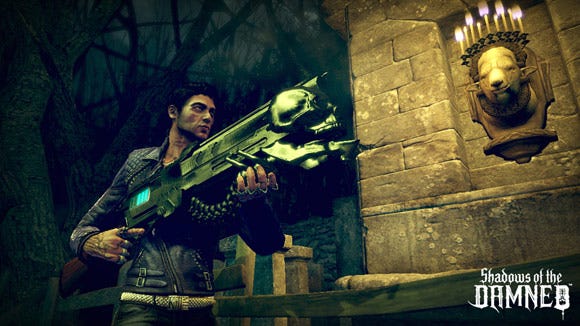 It's often said that Japan game developers' technological skills lag behind their American counterparts. Do you have a plan for dealing with that problem?

AY: I do think that the younger developers in the industry need more education -- technical education, I mean. Grasshopper has a wide variety of people from foreign countries in addition to Japanese staff, and working together with them, I think it's possible for us to achieve things more easily.

Japan's game culture seems to involve a lot of casual titles and gal-games these days; these titles don't have much presence in America. Do you have an interest in Japan-made games these days?

AY: It's about half-and-half. Damned is a wholly new style of game, and I think it'll appeal to a group of users who are neither fully casual nor fully hardcore. Perhaps not everyone, though -- I mean, hardcore gamers are different from anime fans or people who play sports games -- but I'm hoping people who aren't in one of these categories will be interested in buying it.

It can be said that this game's still is very Mikami-like, or Suda-like, or even Yamaoka-like.

AY: I agree. It's a very interesting project. Having all these sorts of powers mix together like this is resulting in a really fun kind of energy throughout.

You're handling just the sound?

AY: Right. For this title, I'm just handling the music and atmospheric sounds. I would like to handle production or direction duties for the next project, though.

How does the process work?

AY: Well, I start by having discussions with Mikami and Suda. We go through lots of meetings, so many of them. At the end of it, though, we come to a decision on what to make, what sort of things to have people play, what design to go with.

Along the way, I begin work on the music and sound design, and that also becomes part of the ongoing discussions and meetings -- people talk about what works and what should be changed. That's how the process goes.

This game seems more over-the-top than Silent Hill. Was it hard for you to make that change?

AY: It wasn't that hard for me, and that's because even as I was working on Silent Hill, I still wanted to try working on something with a different atmosphere, a different style. I was waiting for a project like this to come up, in other words.

You wanted something different from Silent Hill.

AY: Oh, yes, for a long time. There was always a different style that I wanted to tackle.

Well, Silent Hill 4 was pretty different from previous titles, and I had the impression that you did want to do something different with the series even back then.

AY: Certainly. Well, as a creator, you never want to do the same thing for too long -- you want to try different things and go in different directions. I'm no exception to that.

But it's hard when you're working with a series property.

Grasshopper gives you that opportunity, meanwhile? 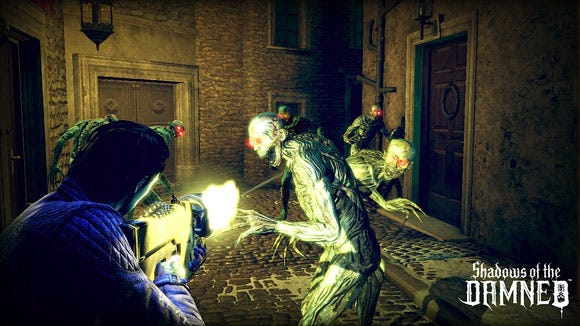 Suda was joking a bit earlier that he wanted you to take on new challenges in your musical style as well.

AY: Well, my musical tastes are very similar to Suda's.

AY: Yes. It's very easy working with him.

AY: Right; that or jungle or electric. Suda goes on about The Smiths and Joy Division and so on; so we share a lot of the same styles.

This game wouldn't have The Smiths... (laughs)

I think the game looks interesting, but you just have the teaser trailer for now.

AY: For now, yes. I think it oughta be a few more months before we have a playable version.

Suda and Mikami both have very big, larger-than-life personalities. Is there any difficulty working with them?

AY: Not at all. Mikami has been in the game business for 20 years; he's been doing this for so long now, from Resident Evil to Vanquish. Again, though, he and Suda -- and me, too -- we're very similar both in personal tastes and in the approach they take to making games. It's very much like a hobby for the both of them. So it's not been difficult at all.

No arguments or anything?

Well, Resident Evil and Silent Hill are rival properties, no?

AY: Mmmmmmmm... We still have a very close friendship, though, going out and drinking and so on. So, it's okay.

AY: Right! Not a problem.

Would you say that Grasshopper is a freer working environment for you than Konami was?

AY: Very much so, in terms of creativity and the sort of teamwork we have. It's very freestyle in that way. In Suda's mind, creativity comes first, then teamwork; after that is maintaining a playful environment. He's a very freewheeling guy.

A playful office environment, you mean?

AY: Right. For example, there's a studio-wide party every month, an opportunity for the designers and programmers to come together. Sometimes there are movie meet-ups; that sort of thing.

Is it to help with teambuilding, or to get everyone's thoughts out in the open?

AY: Right. Video games started out largely as one-man efforts in the very beginning, but now you have great big teams working on every one.

That's why it's all the more important that the members of a studio have good teamwork with each other; that they're on the same page with each other. Every team member is important in an environment like this.

It seems to me like Konami has fallen a great deal from its height, and I wonder if it's a problem with the structure of their company. What do you think?

AY: Well, I think you might be overthinking it a little bit when you talk about structure.

Well, not just Konami, but the whole of the Japanese industry.

AY: Certainly, I think there isn't as much motivation seen with the younger creators out there at the moment. There's little motivation, and there's little thought put into what they're making. It's become less of a creative process, and I don't think that's a good thing. Many publishers are like that; not just Konami. 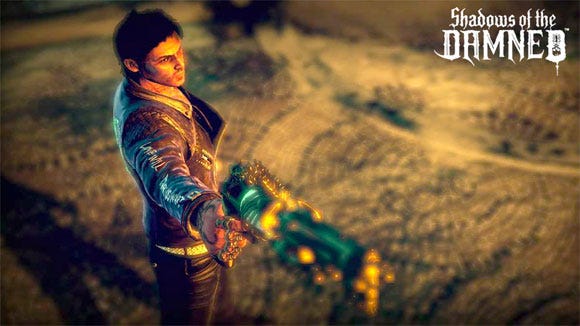 Why do you think that situation happened?

AY: I think one part of it is that we -- our generation of creators -- we didn't do a good job educating the next generation of people in the business. We didn't teach them what they needed to know, how to go about it. So that's one aspect of it -- it's our fault a bit.

The sort of education you couldn't get in school.

AY: Right. How to make games, and how to build the teamwork you need to make that happen. There wasn't enough thought put into that.

A lot of Japanese games seem to lack inspiration. They just seem like products.

AY: Right, right. I'm starting to think that there isn't much of a future for Japanese creators. (laughs)

But there must be young people with talent right now who're interested in games. Does the future lie more with small developers like Grasshopper, Valhalla, and Platinum? That might be the next generation.

AY: I certainly think so, yes. But if our generation -- mine and Suda's generation -- doesn't work on that issue, then I worry that there won't be a next generation to work with at all. That's why we need to nurture new creative talent. You can feel it with the foreign staff in the industry -- they just have a more powerful personal presence than the newer generation of Japanese creators. They're very interesting, very inspirational, and very creative.