"Our headgear is a controller that enables players to change the color filter through which they look at the screen. Each filter transforms how the game world is perceived."
Game Developer
Staff
March 01, 2016

The 2016 Game Developer's Conference will feature an exhibition called alt.ctrl.GDC dedicated to games that use alternative control schemes and interactions. Gamasutra will be talking to the developers of each of the games that have been selected for the showcase. You can find all of the interviews here.

A new controller can create an entirely new play experience according to Le Chant du Cygne (LCC), developers of Palimpseste. A controller is not just a way to manipulate a game space, but creates new ways for us to play at all.

To passerby, Palimpseste appears to be a blank screen. If you put on their helmet controller, a world of strange geometric shapes and shifting corridors becomes visible. Still, you are only seeing one aspect of that world, as you must continually switch between colored lenses to be able to view the true world that is hidden right in front of you. The play comes in being able to perceive the world at all, something that wouldn't be possible without LCC's new helmet controller.

For its unique control style, Palimpseste was chosen to appear at GDC's Alt Ctrl GDC exhibit, letting players experience an invisible world that only existed within the confines of a colored lens.

LCC: We are Gaël, Simon, and Romain, and we are a French game collective called Le Chant du Cygne.
Our roles are not clear cut. All of us took part in programming the game, but once we had something working we started dividing the responsibilities. Everyone created levels and rooms with the tools we had designed, but some of us are better at making sounds or graphics so at one point we switched to more specific roles. This pretty much sums up our usual process.

How do you describe your innovative headgear to someone who’s completely unfamiliar with it?

LCC: It is a controller that enables players to change the color filter through which they look at the screen. There is a red, blue, and green filter, and each one transforms how the game world is perceived. For instance, when looking through the red filter, green and blue textures appear black but red textures stay unchanged. This headgear controller behaves counter-intuitively as players do not modify the game state directly, but rather change their own perception of it.

LCC: We started our collective a year ago after taking part in many game jams and spending a good chunk of our time on smaller solo projects. We also had to actually train ourselves as we were not trained in every field of game development but still needed to be independent. From then on, we spent most of our time working on a game called Havre that we are still actively developing. Palimpseste is a side project that became a good way for us to try new things and work within a fab lab.

What development tools did you use to build Palimpseste?

LCC: We used Unity and designed a set of tools to create textures that can be seen differently depending on the color filter being used.

LCC: We used Plexiglas for the first prototype of the headgear. Then, we decided to use medium wood, as it is possible to paint it and glue it more easily. The headgear was built with laser cutters we had access to at two different fab labs in Paris and Lille in France.

Another specificity is that we had to take into account the fact that players could cheat by just looking at the screen without the headgear on. To prevent this, we removed the last polarizing filter from our LCD screen, making it appear all white to the naked eye. By adding the same polarizing filter to the filters present in the headgear we made sure that the player had to wear the headgear to play. This also creates a surprising experience when displayed in public, seeing someone playing in front of a white screen is always intriguing. 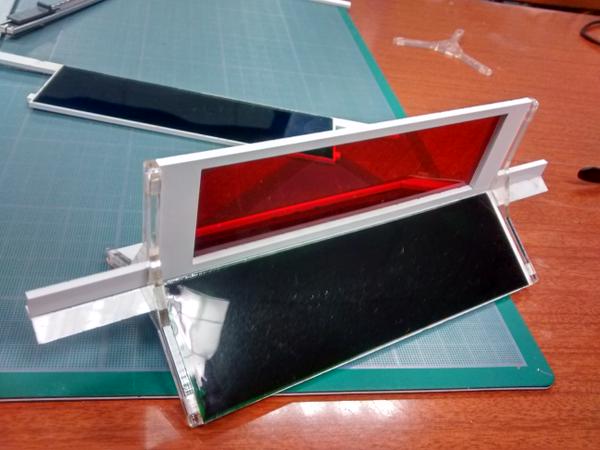 LCC: The development of Palimpseste took place mainly during the second half of last year. We worked on it sporadically but putting it all together it might amount to several weeks.

LCC: We started this project during the Mozilla Game Jam co-organized by the Gamelier in Paris. The theme was Light, which quickly led us to consider colors and color filters. 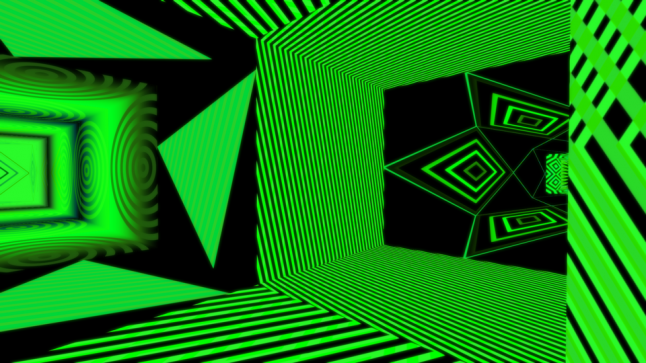 Why create a game that uses such a unique piece of headgear?

LCC: Altering the player's visual perception of the game world is what compelled us to create this controller. We are familiar with games that play with visual illusions, but having to wear a headgear gives these illusions a tangible dimension. The idea was to bring players to question the game world as much as possible by presenting them with illusory architectures. And having to manipulate an actual device creates a sense of tension as this is a non-trivial effort compared to just pushing a button.

What challenges did you face in creating places that could only be seen under the right color lens? How did you create so many varied places only using color?

LCC: Palimpseste changed a lot during its development, but the challenges always revolved around having players not feel completely lost. We had to create spaces that had a clear structure even though most of it is not visible to the player.

Rather than the colors themselves, it is in fact their combination that makes a space visible, if it is all white, no matter the complexity of the space, it is going to be just a big white wall to the player. By playing with the textures' colors, we try to create illusory spaces and induce a feeling of doubt in the player's mind that leads him or her to always switch from one filter to another. With each filter revealing entirely different architectures, we can actually make three different rooms from one 3D space by just playing with the textures.

Did you have to look at development differently when the controller was the main focus for the gameplay?

LCC: Yes, it was much harder - everything is new when you are creating a new device for a new kind of experience. We had to create the hardware from scratch and solve many issues regarding the comfort and ease of use of the headgear. At first, we made the mistake of working without the headgear on, but it changes the perception of the game so much that we decided to build quick and dirty prototypes that we could use at all times for building levels.

Creating a new device required us to go back and forth between the changes we made to the headgear and those we made to the game. They are two parts of a unique experience. 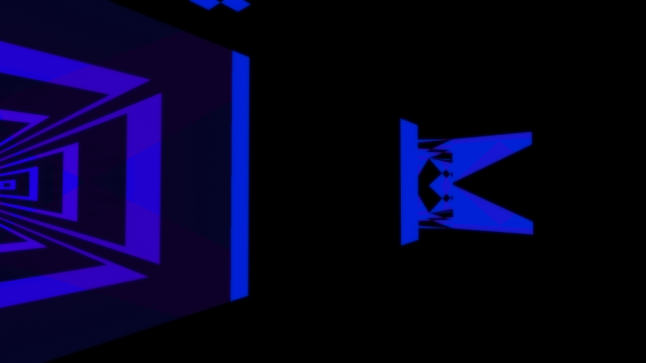 LCC: It is always hard to guess that kind of thing, but maybe interfaces and controllers are maturing to a point where they are near perfect. Console controllers are pretty much the same as they were 15 years ago and the keyboard-mouse pair is state-of-the-art when it comes to multipurpose devices such as computers.

As we have seen with multi-touch technology, new interfaces call for new control schemes, but, in fact, they make new experiences possible. They do not question old controllers. Maybe the future is in unique experiences using unique custom controllers rather than a unique controller for multiple experiences. The controller is the experience.

Alt.Ctrl.GDC is actually the best way to convince us of that. Creators are bringing specific experiences that require custom controllers. There's no differentiating the two. I think the various experiments in VR also shows that very well. There is no way we are going to play regular games with such technology. It's made for something else, something unique to that interface and we are only starting to get it.

Go here to read more interviews with developers who will be showcasing their unique controllers at Alt.CTRL.GDC.