How Cuphead nailed the look and feel of classic 1930s cartoons

Cuphead's uncanny recreation of classic 1930s toons isn't just about art style. The game captures every element of the source material, from fonts and technical imperfections to scratches on the film.
Kris Graft
Publisher
November 01, 2017

The run 'n gun adventure developed by Studio MDHR released at the end of September after facing several delays. It went on to sell over a million copies in two weeks.

The game has stirred debate over the role of difficulty in video games. But no conversation about Cuphead can avoid touching on its astonishingly accurate evocation of the look and feel of the cartoons of the 1930s.

The wobbly/rubbery motions, the appealingly rounded main characters and the bizarre adversaries, the abrupt shifts from cutesy to surreal and unsettling... everything about the game's aesthetic is a perfect recreation of the FDR-era output of Disney or Fleischer Brothers animation studio.

How was it done? And did the developers, who were initially a three-person team, realize what a world of hurt they were in for, tackling such a specific and demanding source material?

Chad Moldenhauer, creative director at Studio MDHR, talked us through their process, and their deep commitment to capturing every nuance of their source material. 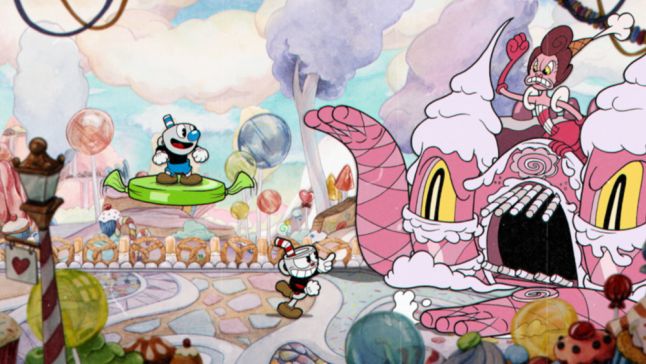 Hitting upon a unique art style

"We just jokingly said, 'Hey, why don't we just make a game look like 1930s cartoons, since that's is one of our favorite animation styles of all time?'"

The team at Studio MDHR went through several different styles before they hit upon the signature aesthetic. One approach would have had the game initially looking like preschool art, and as players continued on the art would gradually improve, as if the artist was maturing.

The 1930s cartoon look that they settled on, however, originally started as a joke.

"We just jokingly said, 'Hey, why don't we just make a game look like 1930s cartoons, since that's is one of our favorite animation styles of all time. Let's just try it, as a laugh,'" Moldenhauer says. "So, we pulled in some Mickey Mouse and some Popeye and made this kind of Frankenstein pieced-together scenes."

The response from the people they showed was so enthusiastic that they decided to pursue the concept. 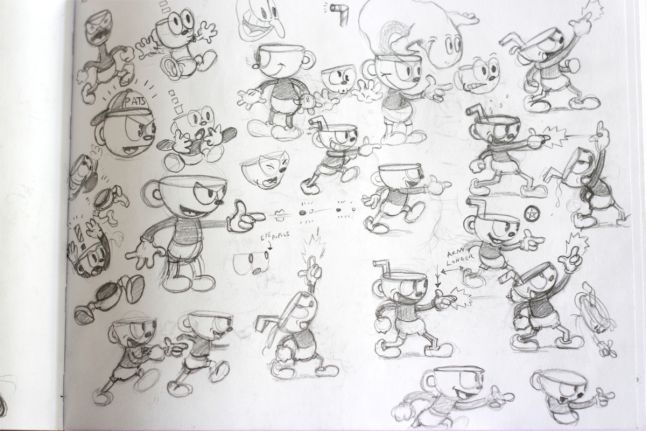 Embracing the classic art style, including the flaws

"We studied the line weights, how the thickness of the tapers would change from frame to frame on all of the old cartoons. We mimicked that to the best of our ability. "

To create Cuphead's animation, everything was first drawn on paper. Then instead of inking and painting on a cel -- as traditionally done -- they inked on paper and added color digitally. (The team did try a cel test, but found that it didn't make much difference in game.)

"That saved us a ton of time, and was probably a major contributor to why we were eventually able to finish the game," Moldenhauer says.

Another key to capturing the feel of the classic Depression-era toons was exacting recreations of the technical imperfects of the era. "If you go back and study old film—not just cartoons, any old film from the period—nothing was perfect," Moldenhauer says. "It's nothing like the digital crispness we're used to."

"We studied the line weights, how the thickness of the tapers would change from frame to frame on all of the old cartoons," he adds. "We mimicked that to the best of our ability."

Focusing was imperfect as well in classic films, so everything in Cuphead is slightly blurred.

"The dust and the hairs and all of that noise is like, real life stuff. It's actually scanned from film, it's not digital."

But, aside from just the art inspiration, there was another element from that era that the team implemented in Cuphead. Moldenhauer mentioned how film used to have a lot of noise and scratches on it. Fittingly, Cuphead has on-screen noise and for such effects, it literally borrows from film.

"It's actually scanned from film, it's not digital ... the dust and the hairs and all of that noise is like, real life stuff," Moldenhauer says.

The details didn't stop there, however. They recreated old typefaces, and also designed custom fonts based on lettering from 1930s comics, as well as animation and film title cards. 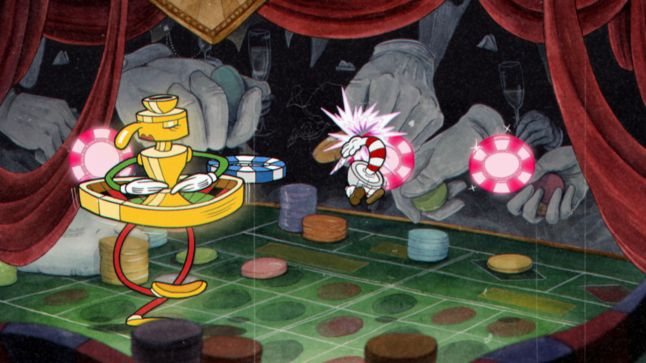 "While they haven't done a full tally of how many frames Cuphead has, they are estimating the number to be north of 60,000."

After a wild initial concept with scores of bosses, they narrowed it down to a sensible figure of 8 to 10. "But eventually we said, why not kind of go back to some of our original dreams," Moldenhauer says. "We just kept scope creeping until 90 percent of our original vision was back in the game."

The three-person team eventually reached 14 members -- with additional contract developers brought in near the end. Fans watched the development process with growing impatience. Many reports suggest that the team had been plugging away on the design for over seven years. (The developers insist that work on the game didn't actually start until early 2013.)

While they haven't done a full tally of how many frames Cuphead has, they are estimating the number to be north of 60,000. 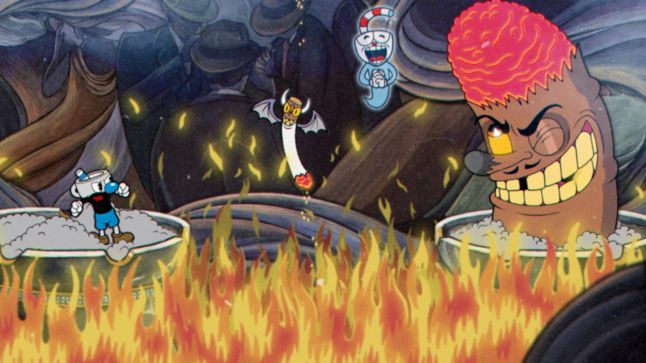 "I really love that we pulled it off, like, and made sure everything was very cohesive and appropriate to the era."

The end result of all that hard work is all visible on screen. The combination of all of these lovingly recreated elements of the classic cartoons borders on uncanny. From moment to moment, the game really does look like a beautifully preserved version of a classic Fleischer brothers or Disney cartoon.

"I really love that we pulled it off, like, and made sure everything was very cohesive and appropriate to the era," Moldenhauer says.

Cuphead was Studio MDHR's first game, and so far has been met with success and critical acclaim. Moldenhauer said they didn't want to say too much about future plans yet.

"Our whole goal with Cuphead was to get ourselves out of debt and make one more game; that was all we wanted," Moldenhauer says. "We're at a point where we can definitely make more than one game and we're going to continue down this road."