SEARCH
A minimum of 3 characters are required to be typed in the search bar in order to perform a search.
Art
2 MIN READ
Featured Blog

2D Game Art For Programmers - back with a BANG!

This is the sixth set of tutorials using free graphic tools like inkscape and gimp to create 2D game art. After getting things moving in the last part with the focus animation it's time to blow things up with some nice explosions.
Hans Hildenbrand
Blogger
December 12, 2011
Having covered the basics in [part 1], [part 2] and [part 3] and getting a little sidetracked in [part 4] while getting things moving in [part 5] - this time around it's big bangs and explosions.

After a short break [due to some ongoing health issues] here is another step-by-step-tutorial into the wild side of vectors - well not really wild but a little explosive this time around. I was asked to write a tutorial on explosions, which didn't seem that hard until I started... It's become common practice to use particle effect for most ingame explosions, so doing an explosion by hand was a bit of a challenge.
I stared out with a simple very generic explosion and took it from there, added to it and added some more. Let's start with the first simple explosion. 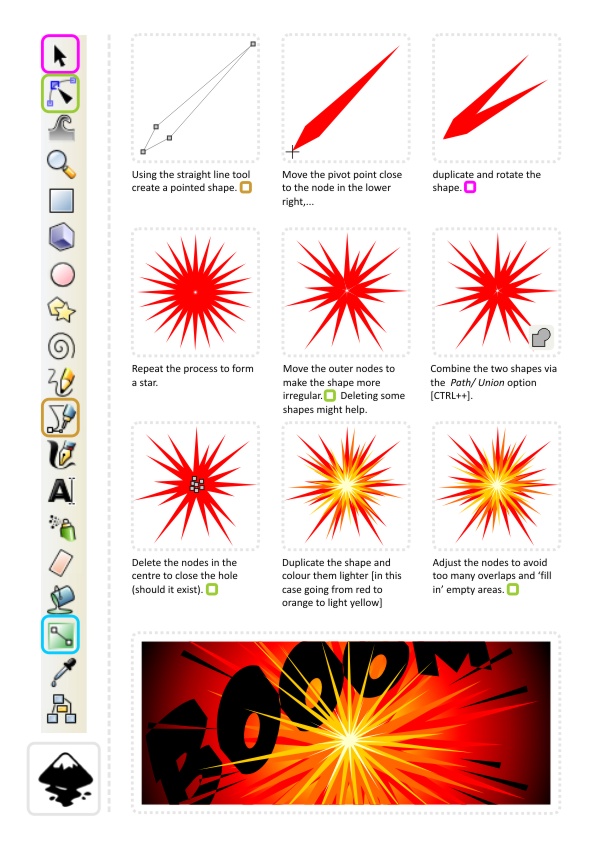 It's a fairly generic, cartoon style explosion - quick and easy to create [and animate - by scaling the elements and fading to either light or dark as the explosion progresses].
Usually blowing things up leaves more than just a flash of light. Dust and smoke clouds and debris are part of a good explosion. Let's add some of that. 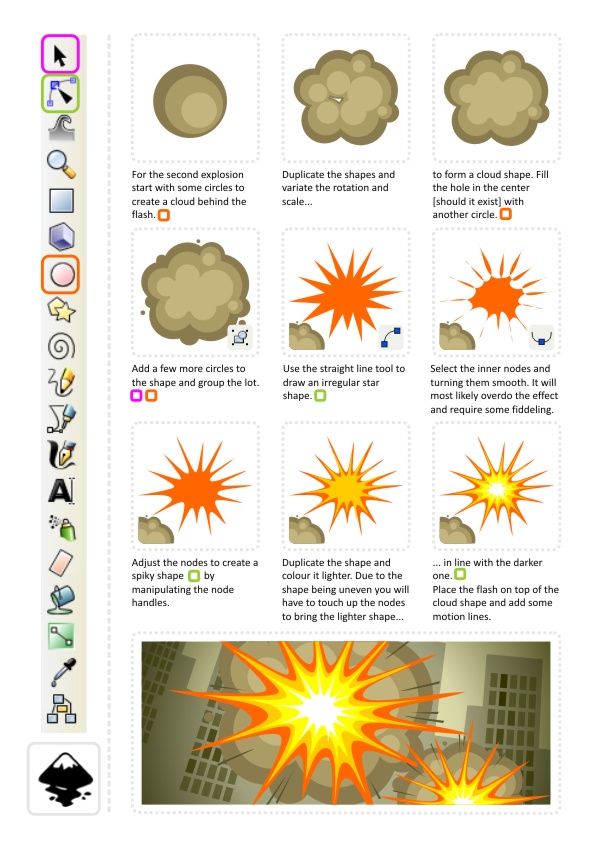 This is still a very cartoony look. Let's try something a little less 'flat' and add some volume to the explosions. 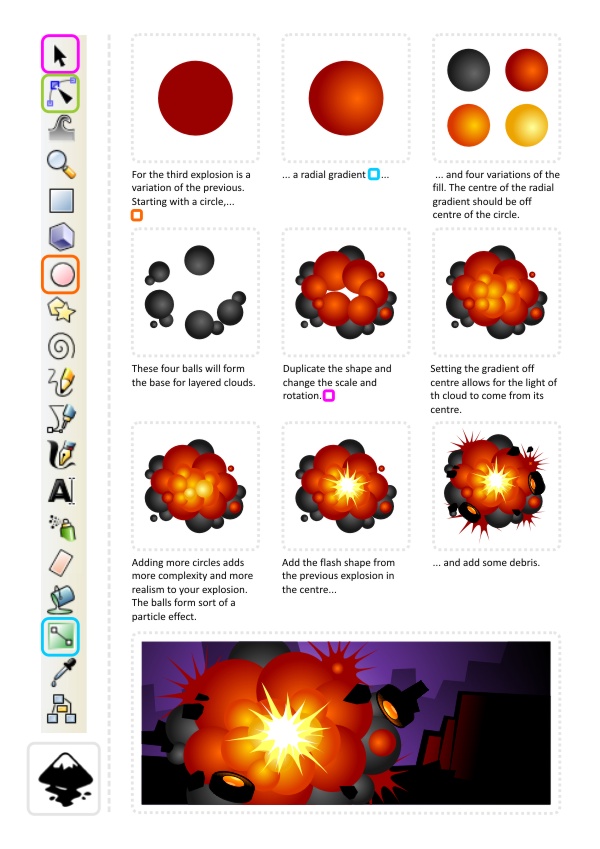 This explosion is a bit more work to animate. You would start with a smaller light centre that would grow and add more circles to it that go darker as they reach the outside. The flash in the centre is just that - a flash - don't keep it on for too long or it will look more like a light source than an explosion. As this explosion dies down the dark circles would go grey and black, shrink and fall apart [either by imploding or falling to the ground].
As this is way too much fun - let's try another one. Similar to the last one but a little more compact, detailed and with some shading. 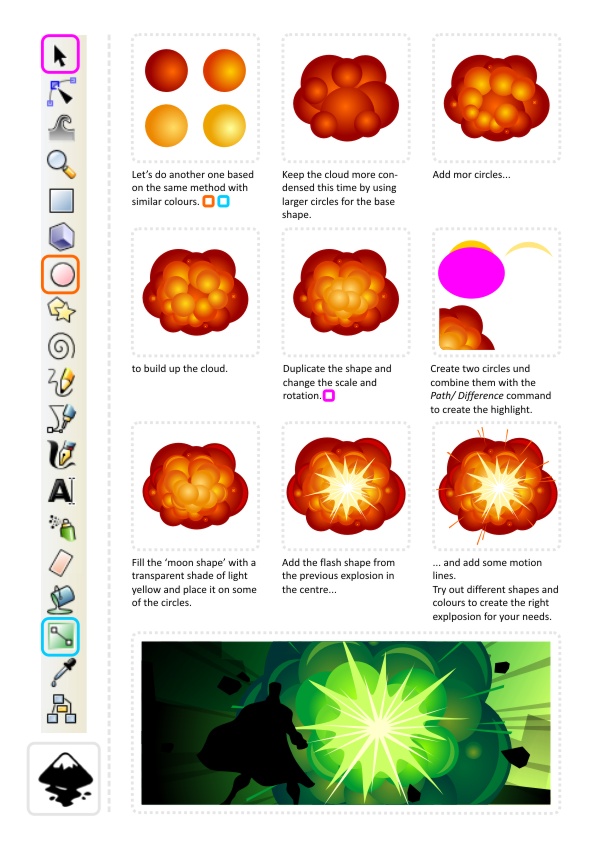 I hope you enjoy this one as much as I do... It's just too much fun to blow things up in style and I have to stop myself now and try and catch up with work (before writing the next tutorial that's already playing havoc with my imagination).
Have fun and as always let me know how you go with the tutorial.