I've spend the last 3 months working on Facebook Messenger games. It's potentially a big market, but Facebook need to make lots of changes to catch up with apps on IOS and Android.

Earlier this year Facebook opened its instant games platform to all-comers, allowing developers with HTML5 games or experience develop for a platform with over 2M users. It's not been an easy launch, and the timing wasn’t fortuitous (Cambridge Analytica) and of course there were the usual teething troubles which I'll mention below.

My background in the last few years is developing apps for IOS and Android using Corona SDK. Corona removes the pain of developing separately for each platform, without using html and javascript. In other words, closer to real code and better response times on the device.

A big advantage of being an app developer moving to Instant games (rather than a web developer going Instant) is that I've been through the frustration, review delays, extensive submission process etc that FBIG requires. I've seen developers howl at the thought they have to pay Apple $100 for a developer account, just to have an Apple ID for submission to FB. Web developers don't have review processes, and the delays of 4-6 weeks experienced in q2 ’18 must seem like an eternity. 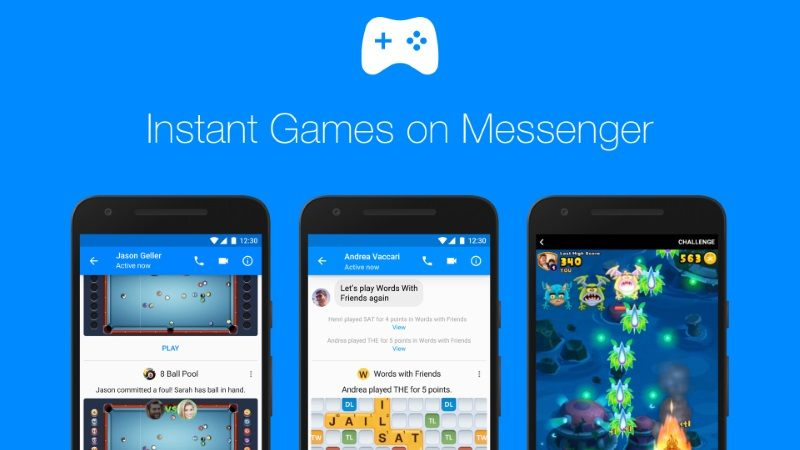 Aside from the submission/review process, creating or modifying for FBIG should be straightforward. Essentially one makes simple calls to FB to get player info, allow sharing and show adverts. When it works, it works beautifully.

FBIG can be tested in your browser for your gameplay, and on a localhost https server to connect to FB for specific calls to the SDK. All well and good. Getting to the device is simple, and this is where messenger as a product really works well. Upload your latest version, seconds later, start playing on the device of your choosing. Of course you can also test in the browser on messenger.com, but adverts don't work there.

Because the platform is newly available, there are few developers with knowledge to share. That will improve, but there isn't as yet a proper developer forum for FBIG. There is a Facebook group (Instant Game Developer Community) but let's face it. An FB group is no substitute for a properly classified, staff monitored traditional forum. Perhaps I'm spoiled, but Corona have that and their staff jump in with suggestions and code examples within hours. 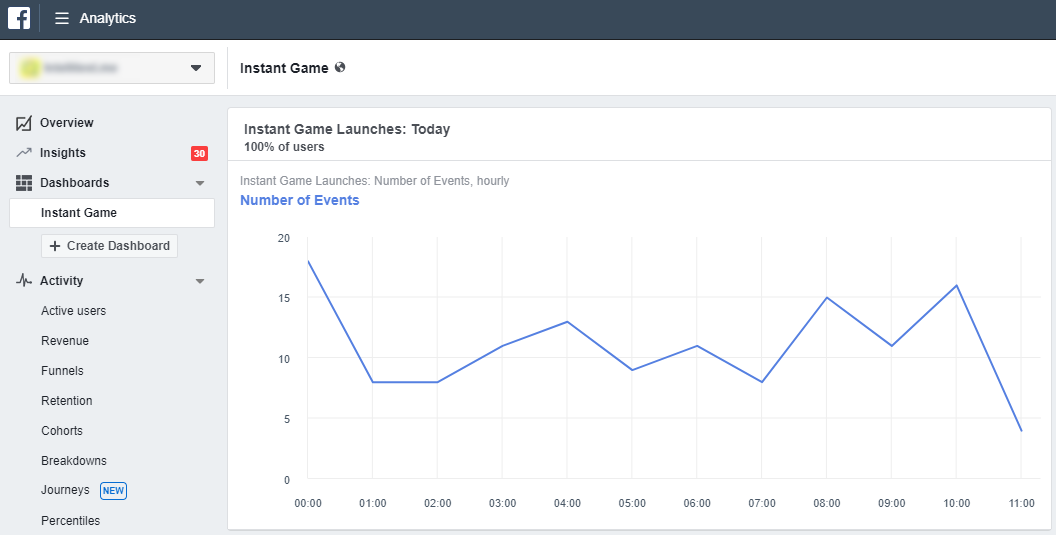 A particular strength is Analytics. Although navigating FB Analytics isn't for the faint-hearted, lots of information about your players, their device-type, location, age etc can be found. During development, you can use analytics as a console.log type function, with a delay of 5-10 seconds to see what happens. Once your game is launched, you can log specific events and data to analytics. In my case, I'm logging every choice the player makes, so I can see where they quit, or how long they took on a task.

FBIG won't allow links to external sites, but you can draw data and assets from your site. I find this very useful, because I'm putting lots of info (, text strings etc) into XML files on my server so I can change in response to player experience. I can also supplement the analytics by writing to my server, so I can gather info in my own database. Whether in the post-Cambridge Analytica + GDPR world, FB can continue to do this is open to question.

It's evident that with some patience and perseverance, one can create a game for FBIG and roll it out. That raises the question of whether one should. Within a few weeks of launch, developers were complaining that they get an initial burst for a day, then very little after. The discovery process is very poor. FB need an Apple/Google style app store, so gamers can find categorised lists and reviews etc. No doubt this will come. In the meantime, sharing is the only way to promote without spending money.

FB will allow you to buy their adverts to promote your game – currently for selected users. They are telling developers that the revenue from advertising in the game, especially rewarded videos, will generate a revenue stream. If they're right, spending 2c to earn 4c a player is a fine business model.

In App Purchasing is available on Android and Facebook.com. Facebook take 30%, but on Android, Google have to get their cut and FB share the remainder 70/30. If my maths is right, that means the developer get 49% of the sticker price. From the group comments, it seems that mostly Asian developers are using this feature, not surprising given the dominance of Android in Asia.

Overall there are possibilities here. If you're a web developer, be prepared for an App-like submission and review process. If you already have a suite of HTML5 games, once you go through the initial pain, you might be able to earn revenue. But be warned, if it becomes popular in the developer community, the competition for eyeballs will be fierce, and lots of fine games will attract a few hundred players and then wither and die.

Author: Conor O’Nolan has been developing games on various platforms since 1992. Concentrating mostly on prototyping for other developers, Conor has a lot of experience in IOS and Android development using Corona SDK. Following work for a company in Germany, Conor decided to publish his own game – Classic TV Comedy Quiz, to understand the business as well as technical issues involved.