Letter box TVs have always had a16:9 aspect ratio. Meaning that for every 16 pixels in the horizontal there are 9 pixels in the vertical. However this is not always the case with computers, especially laptop displays. It is quite common anymore to find laptops with a 16:10 aspect ratio. The problem here is cross platform compatibility. You see, Super Cortex was designed to develop games in parallel with the same game assets and code for consoles as well as PCs. Because of this, if you develop a game for the XBox 360 in a 16:9 letter box resolution, it isn’t always going to plop right in on a 16:10 and certainly not on a 4:3 aspect ratio monitor. Now if the game you are developing using Super Cortex was 100% 3D it wouldn’t be an issue really. This is because the 3D engine will run at any resolution and will dynamically update all the math matrices for any 3D camera views with the proper aspect ratio. Unfortunately that doesn’t translate well in 2D sprites, and Super Cortex allows for mixed mode graphics. That means you can build a 3D game and have 2D sprites as well. So you can dynamically change the aspect ratio without adversely affecting the sprites.

So the solution is that Super Cortex will has what is known as native game resolution where the game will be developed to run at a resolution, and then dynamically resize the game to fit within the parameters of the view port should the native resolution not work. For example if a game is at 1280 x 720 for an XBox so it will be 720P on a TV, the game will automatically try to letter box itself on the PC. If the PC has a higher ratio such as a 16:10, the engine will simply black box it in. Meaning it will center it in the vertical. The same will happen if the game is played on a 4:3 aspect ratio system. The game will appear much like a letter box movie would on a standard TV. Furthermore, if a game is developed at a 4:3 aspect ratio it will be horizontally centered on a letter box system. 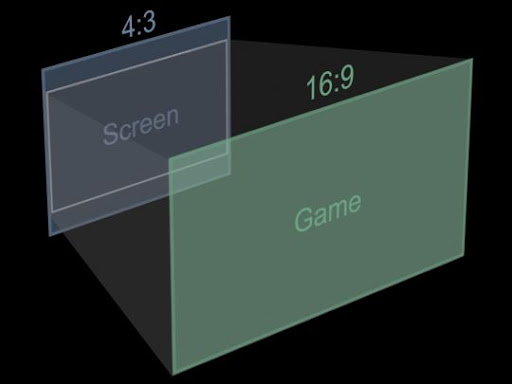 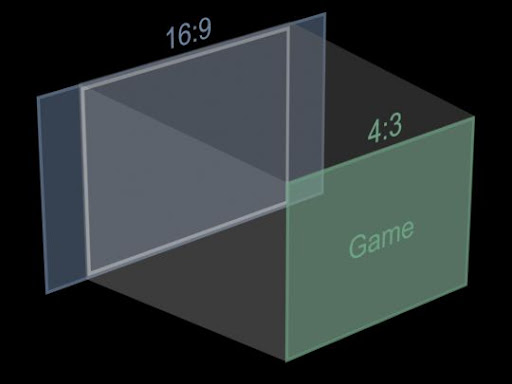 Another addition to the Super Cortex engine is resolution fitting. If the native game resolution is at 1280 x 720 and the highest resolution capable on the system is 1024 x 768, the game will dynamically resize to fit the screen. Mouse, and on screen coordinates will automatically be translated to native game resolution as well. This allows for people without super high end graphics cards to still be able to play a game provided it isn’t too GPU intensive as well.

All of these new features are completely transparent to the game developer and does not have to be dealt with. All a developer needs to do is pick the optimal target resolution and develop for that! The rest is taken care of :)