SEARCH
A minimum of 3 characters are required to be typed in the search bar in order to perform a search.
Programming
3 MIN READ
Blogs

We're continuing to make progress on Leadwerks 3.1, with support coming for Linux and the new SteamOS. SteamOS has the potential to bring the advantages of the PC ecosystem into the console world, and I for one can't wait.
Josh Klint
Blogger
September 28, 2013

Last week Valve founder and CEO Gabe Newell took to the stage at LinuxCon and proclaimed that "Linux is the future of gaming". Gabe talked about Linux gaming capabilities and promised to unveil something "on the hardware side" the following week. Today, Valve announced the upcoming release of SteamOS, a living-room operating system designed specifically to compete directly with the XBox, Playstation, and Wii console ecosystems. SteamOS will being openness to the console gaming world. This will have a lot of benefits for indie game developers:

I am very excited about this development and the future of open console gaming.  Leadwerks will be available for SteamOS as soon as possible.

The Leadwerks 3 engine has been successfully compiled for Ubuntu 13.04.  However, when running the application, all I saw was a blue screen.  I decided to focus on the OpenGL 4 deferred renderer for a while.  While working out the depth reconstruction for the deferred renderer, I realized I was making unnecessary calls to glDepthRange(), which weren't needed at all.  After removing these calls my depth reconstruction code worked correctly; this was the cause of the errors I experienced when developing a deferred renderer on iOS for GDC 2013.  I also believe the calls to glDepthRange() were what caused the engine to not render anything when running on Ubuntu, though I won't know for sure until I try it out. Leadwerks 3.1 features an OpenGL 4 deferred renderer with support for up to 32x MSAA.  I was able to get this running in just a few days.  I already had parts of the OpenGL 4 renderer done, and I've been working with deferred renderers since 2008, so it all came together quickly.  It's easier today to write a deferred renderer for a couple of reasons. First, the state of OpenGL and driver support has gotten much better.  Leadwerks 2 was written against the OpenGL 2.1 specification, which was not designed for deferred rendering.  I relied on many vendor-specific extensions (some of which changed behavior halfway through the engine's life).  OpenGL 4 was specifically designed for the type of things I am doing with it, so I am no longer fighting the spec.  If a graphics driver has a problem, it's easier to get it fixed today than a few years ago, now that the rest of the industry has realized the benefits of deferred rendering. Second, hardware today is much more powerful than when Leadwerks 2 was developed.  Leadwerk 2 was written for GEForce 8800-level hardware, and used a lot of optimizations to favor speed over quality.  With modern hardware I don't have to rely on so many hacks and I can push the upper limits higher.  For example, Leadwerks 2 used a random edge jitter that gave a grainy approximation of soft shadow edges.  With Leadwerks 3 I can increase the blur kernel and display beautiful soft shadows that look more like an offline cg render than real-time graphics:

Leadwerks Shwag is beginning to appear in the real world.  Post your photos of you modeling a stylish Leadwerks shirt or sticker so the rest of the community can see! 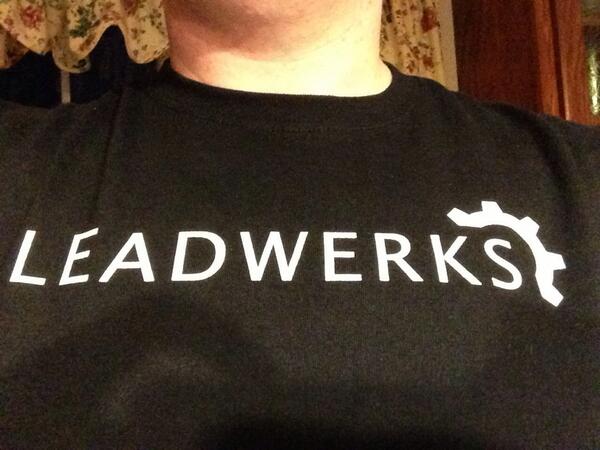