The team at Unity today unveiled a beta version of their new Unity Game Simulation service, which they pitch as an affordable way to remotely simulate (via Google Cloud servers) large volumes of player interactions with your game.

Specifically, Unity claims you'll be able to upload a build of your game (via the Unity Editor) and simulate thousands of concurrent player interactions, at variable speed, using servers running on Google Cloud.

The company is quick to position the new platform as a complement to human playtesters, rather than a replacement, though it also advertises Unity Game Simulation as a way for devs to "get more quantitative testing coverage at a fraction of a playtester’s hourly rate."

Curious devs can find more details about the platform and how to start using it over on the Unity Game Simulation corner of Unity's website. A free trial version is currently available for Unity devs to check out, though the company reserves the right to charge devs who exceed (otherwise unspecified) "certain limits" during use. 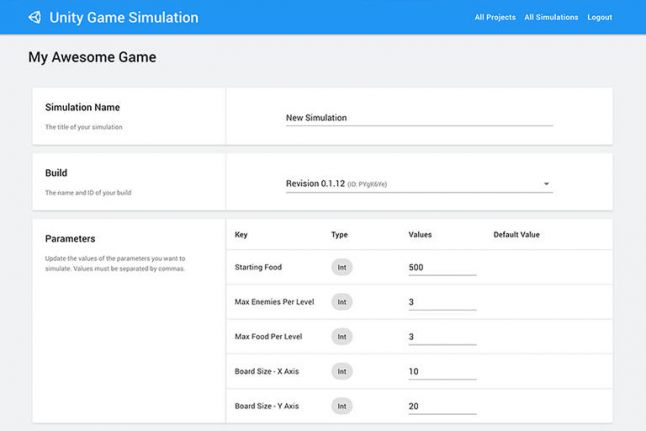