Soft-launching on mobile a game for PC

How we soft launched on a different platform to be able to get feedback as soon as possible eliminating the technical handicaps of the unknown PC development.
Maximo Martin
Blogger
May 11, 2017

This is maybe one of the craziest way of doing things, but it’s what we are doing, I think. Let me expose the case and you’ll understand.

A soft launch is a technique used to test a market, look at the result and adjust a product before going worldwide. You usually look at one particular and relatively little market, and then you extrapolate the results to the rest.

In our case, we wanted to test a mechanic and learn as much as possible. We needed to be in a safe environment and we have experience working with mobile and we thought, why not?

xoEl is a puzzle game for mobile devices that plays with color and movements to challenge the player. It’s meant for a low end device and we opted for a simple aesthetic with nearly no textures or backgrounds, pure mechanic.

When we finally released the game we realized that the main part of the project was to be done yet. Both marketing communication and player tracking demanded a huge amount of time.

The release of a game from a little studio demands a lot of emphasis in terms of networking and contacts. It's a huge market and difficult to make the desired impact.

In the technical side, we felt the game was a little difficult to casual gamers. We tracked the progression of the players in our servers and detected that at a given point, the number of players dropped significantly. In the positive side, seen all the feedback, we also came up with lots of new ideas and mechanics to develop. This would bring a lot of new possibilities to our game.

Then we felt prepared for the next step, creating the PC version of our game, xoEl Empire. It’s a more polished version of the mechanics that we implemented for the mobile version thanks to the feedback we got, with a total rework of the aesthetics of the game. And then, we started with the PC version.

The first decision we had to take was about the graphics of the game and UI. We loved the simplicity and readability of the mobile version and we wanted to keep it as clean as possible. Finally the minimalistic approach of games like INSIDE inspired us in a direction that we will try to follow in terms of interface design. 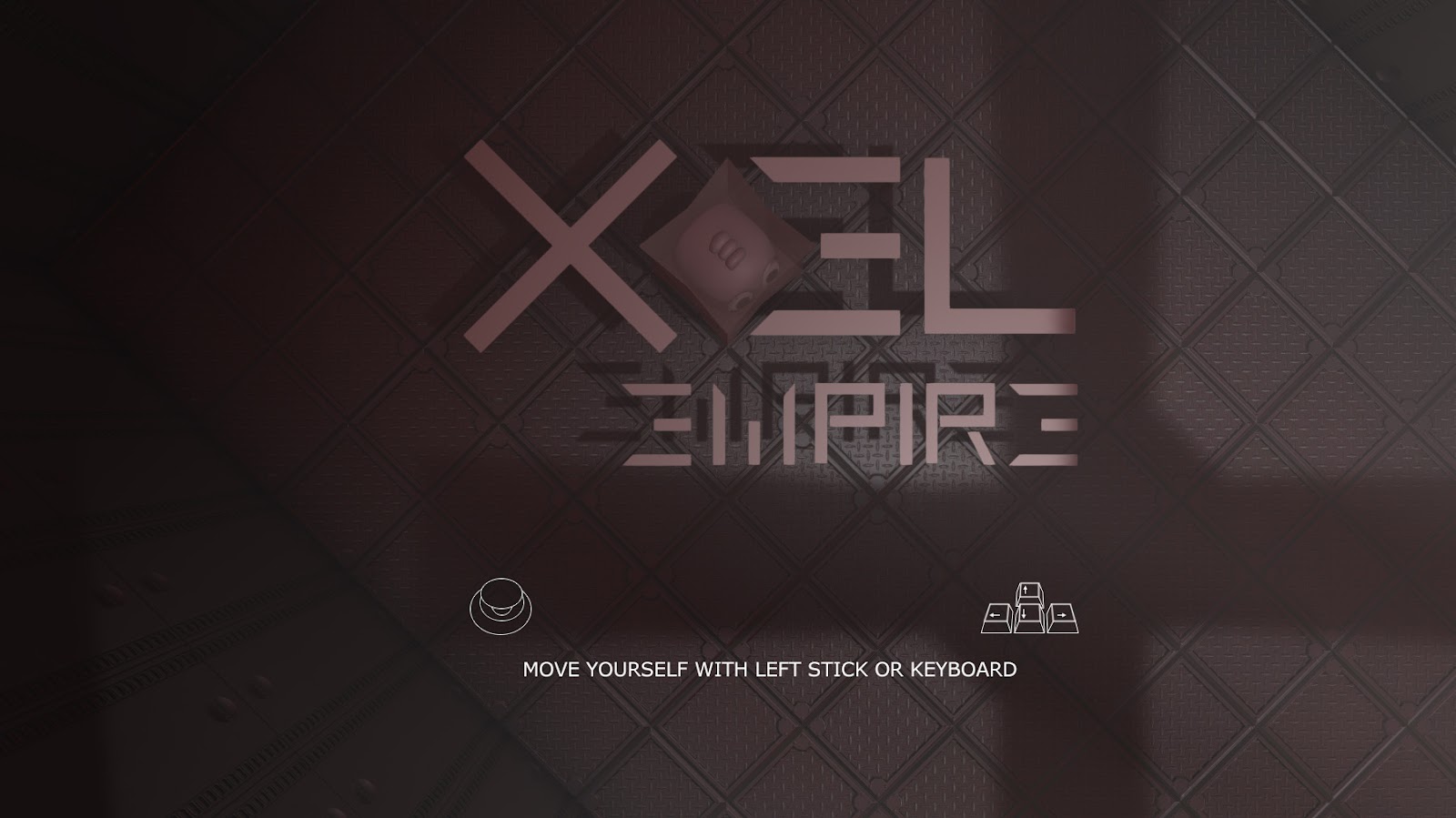 As you can see the “O” is a box with our main character inside. In fact, in the game you will move that box not the character because you and all your race, the Yabbies, are trapped in those boxes by the square shaped mind xoElian Empire, but for an unknown reason, you can move your box. Even more, when the player moves in this screen, the box and the game will start, fading the title and going directly into the action.

Another important change we are doing with the game is how do you move through the game levels. In the mobile version we opted for a classic menu with a list of levels divided by “worlds”, but for the PC version we want to integrate all as much as possible. Like in the example in the title screen, you will not have a menu in the classic sense. Instead, you are supposed to be inside of a xoEl ship, and you will move through its corridors (menús), being the chambers the puzzles of the game that you will need to complete to unlock the way to the next part of the ship in your journey to free your people. 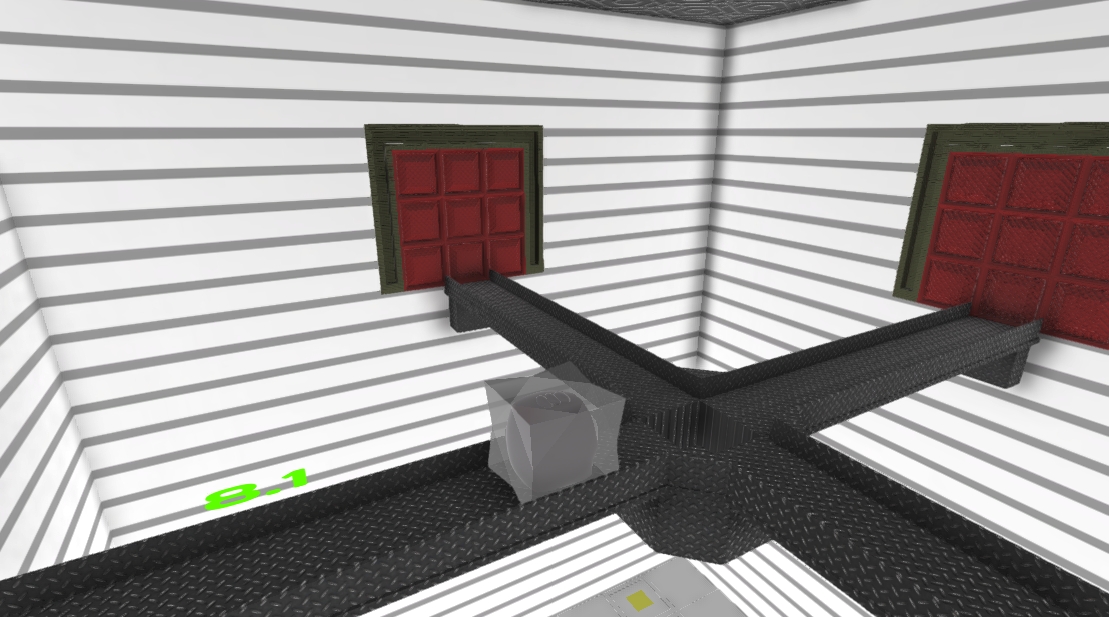 At gameplay level, the game is mainly about going down the chamber without dying. You can die if you fall down more than one floor or by some hazards. Basically you need to reach a hole that lets you fall into the floor below, but they are color coded and you can only go through them if your box, or at least the face that collides with the hole, matches its color.

Being the game strongly linked to color, we are adding more aesthetic details like color particles that will help the player know the color acquired, or the effect when you rescue other Yabbies. We also are trying some lightning scenarios to know what would fit better with the new design. 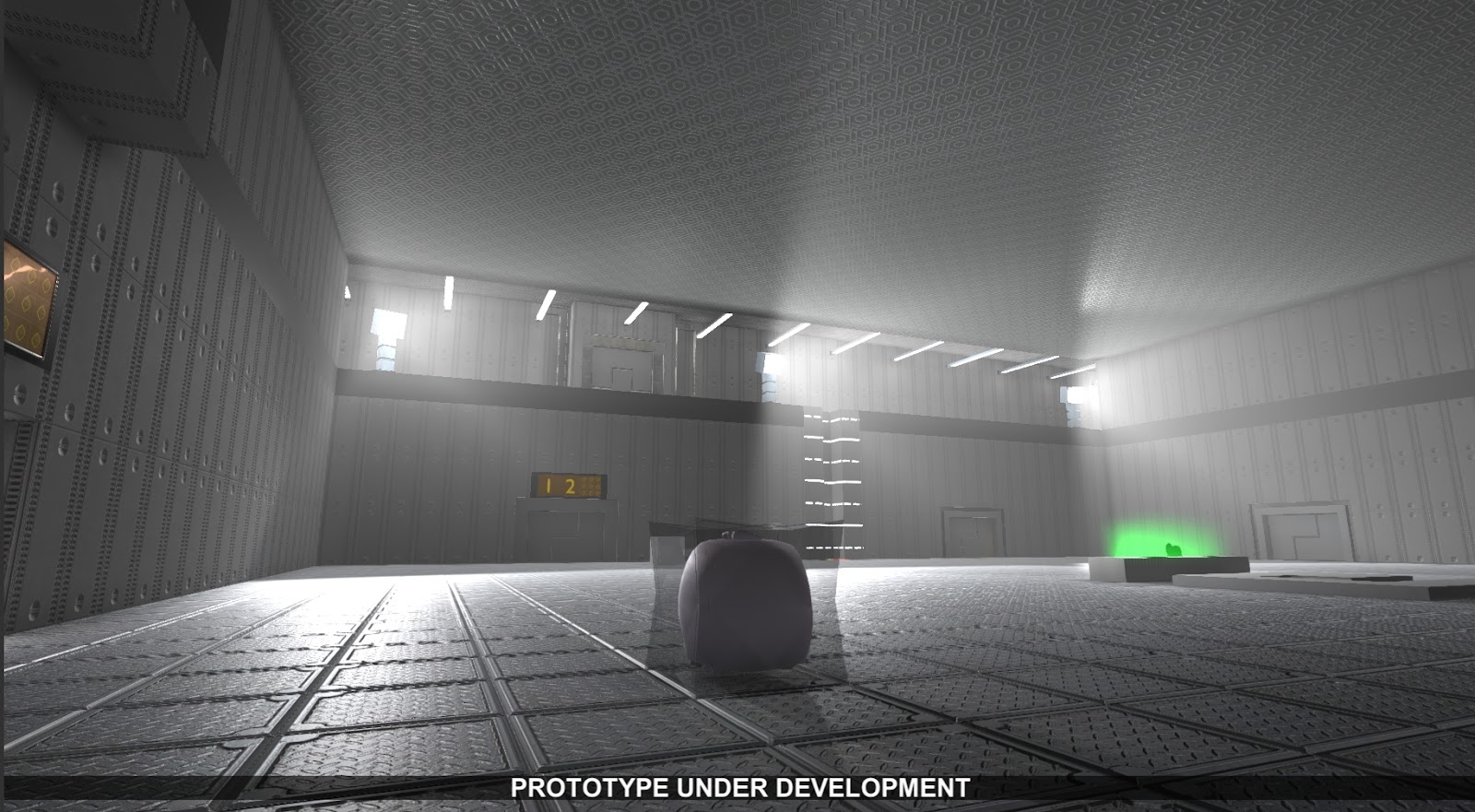 Last but not least, creating all this environment is forcing us to rethink some of the background systems. For example, how we handle the collisions of the game. Now that we have a such larger amount of in-screen elements we are developing a new layer for collisions, something we did not need in the mobile version due to the simplistic approach. 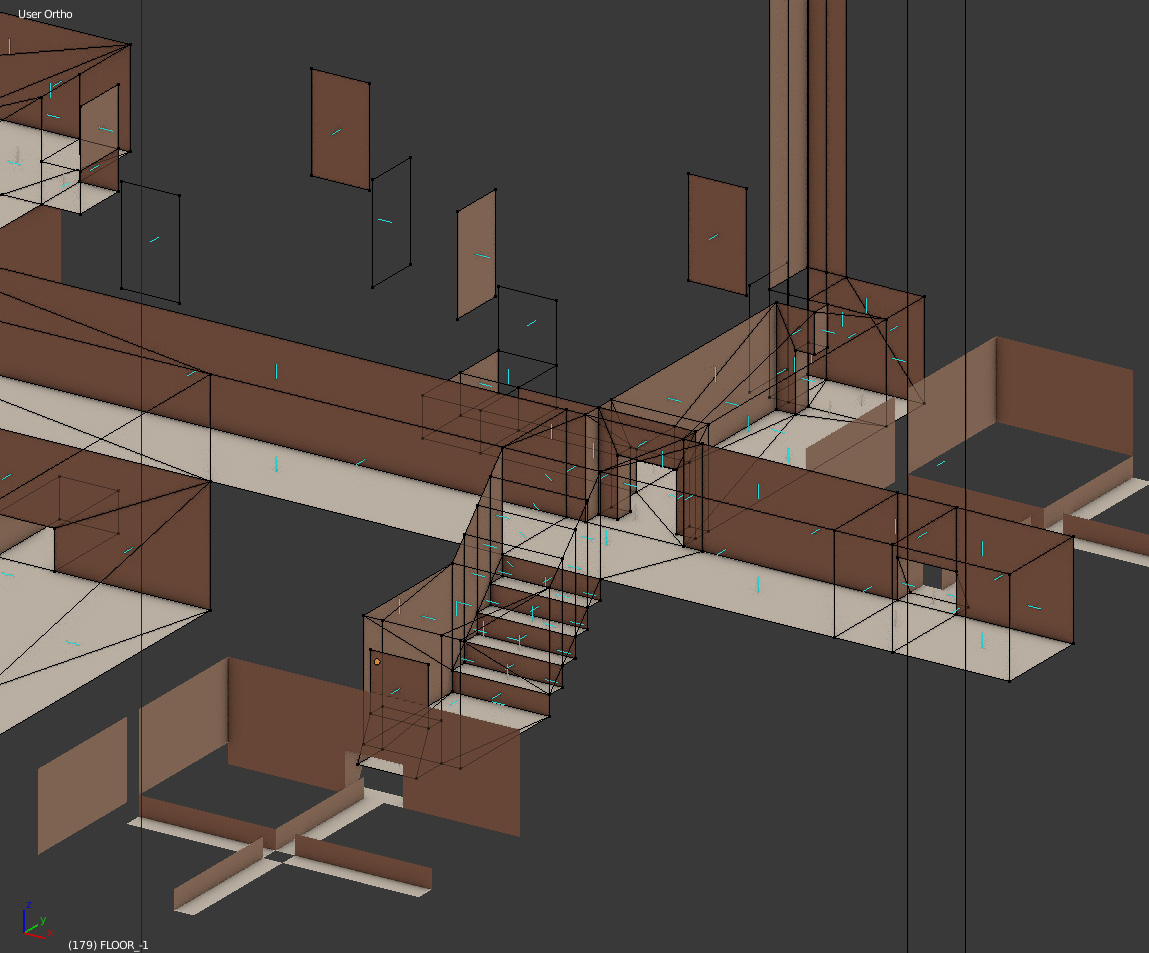 And that’s all for the moment. We feel comfortable explaining this experience and we think it was a really good idea to post it here , but we need to get back to work because the release date is near. We hope you found interesting our strange approach and you will follow the development on Twitter or Facebook.