Retro Game of the Day! Wrath of the Black Manta 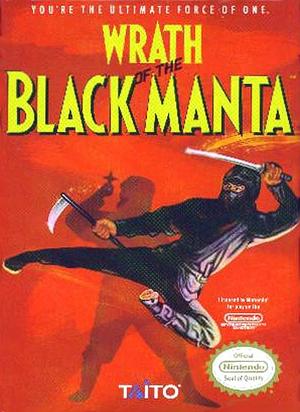 Wrath of the Black Manta by Taito, released in USA for the NES in 1991. 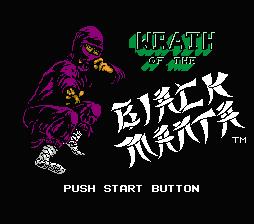 Here we have a very strange little game. Obviously designed to take advantage of the ninja trend, this title places you in the shoes (?) of one Super Ninja "the Black Manta," charged with rescuing kidnapped children from New York City; though your journey will bring you to different parts of the world.

The plot is lame, the action is not terribly engaging, and the graphics are subpar to say the least - this is a Taito game? 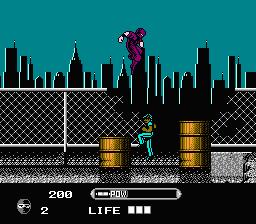 It's tough to compare Black Manta to the likes of Ninja Gaiden or Revenge of Shinobi - those games have a lot of style, attention to detail, and technique - their gameplay was quite fun. Manta feels very bland and uninspired by comparison, the whole effort reeks of being a rush job by a developer who doesn't care; it's a shame, a wasted opportunity! 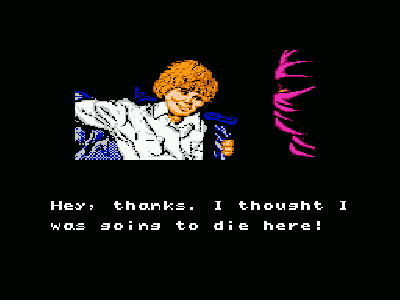 Still, with a game like this there's always an interesting fact or two. The game was heavily localized for the US market, and the many of the more fantastic elements were replaced with mundane ones. Alien invaders were replaced by drug lords - still, some of the weirdness remains (the final boss is hiding in a jukebox?) The cutscenes were all redone from an anime style to represent more of a Western comic style, though they look terribly out-of-place - and it appears that a large amount of the graphics for these were lifted from a "How to Draw Comics" book which Taito ultimately suffered a lawsuit for. Though terrible, they are extremely corny and kind of hilarious. 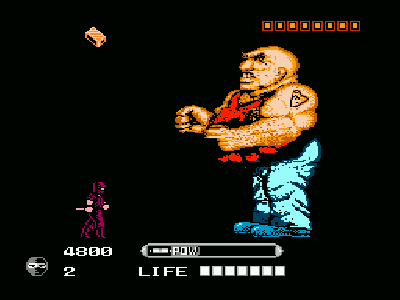 Overall the game is quite a mishmash with a couple of interesting things going on; Taito was a respected developer and it was absolutely notable when they announced they were working on their own Ninja Action game. Too bad it turned out like this! Surprisingly, this game still has its fans, but maybe for the same reason people love cheesy B-Movies.