Retro Game of the Day! Tiger-Heli 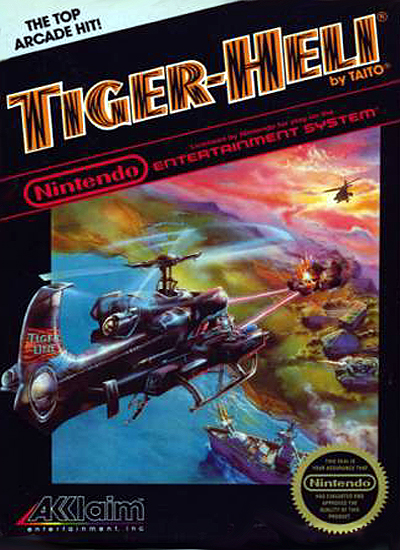 Tiger-Heli by Toaplan, published by Taito in 1986. 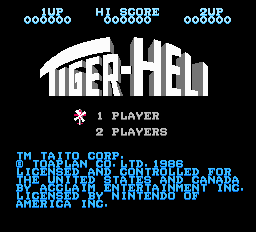 Toaplan isn't a name many remember, but it is important to note that "back in the day" this development house was credited with creating several popular vertically-scrolling shooters (and a few horizontal ones, including a rather famous one which will be discussed another time!). Tiger-Heli represents one of their earliest efforts, and certainly one of their first entries into the crowded shooter genre. 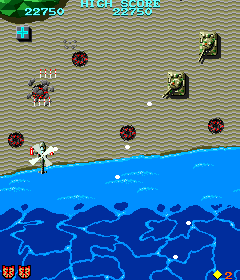 A very early NES game was yielded, and it was one of the first titles published in the States by an upstart publisher known as Acclaim, years before they went on to become one of the most important 8-bit licensees for the system. The game was simple, colorful, and challenging, and held its own against the stock of other 8-bit fare available at the time, even if it was not very exciting. 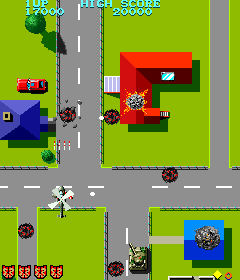 It is interesting to note that the NES port was handled by a firm called Micronics, who received outsource assignments for several big-name NES titles back then, notably Ikari Warriors and 1942. Tiger-Heli seems to be one of the more successful batches they turned out, as many of their other games were usually rather sloppy and buggy. 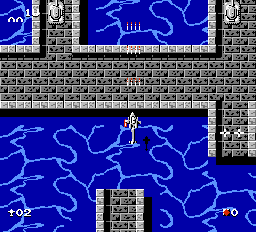 In hindsight, a simple little game, but colorfully cheery and a sign of things to come - Toaplan made some excellent shooters as the years wore on, and it was clear that they delighted in their work. Any shooter fan would do well to further investigate their back catalogue.