Retro Game of the Day! Tempest 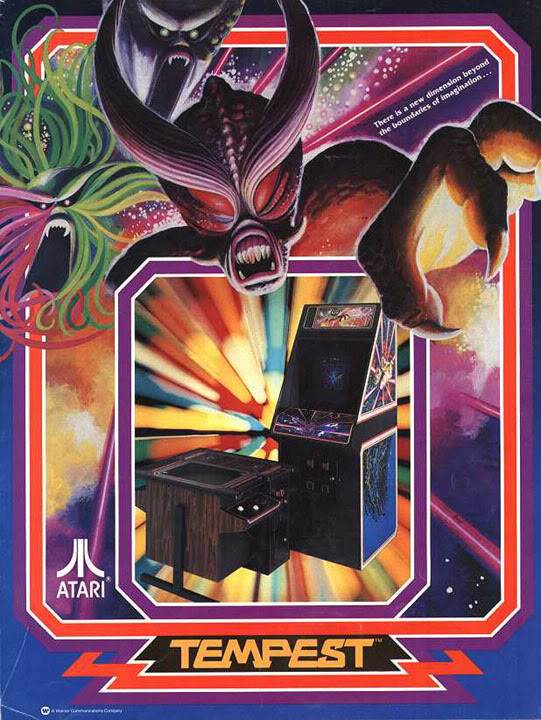 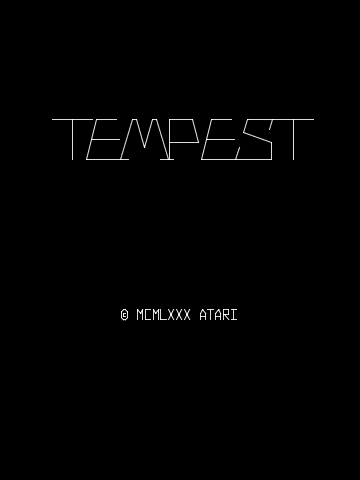 Here's a game on a short list of extremely timeless, definitive classics which truly stood apart from the other games of the day. When many older folks think of classic gaming, it's quite hard for a title such as Tempest to be immediately overlooked. 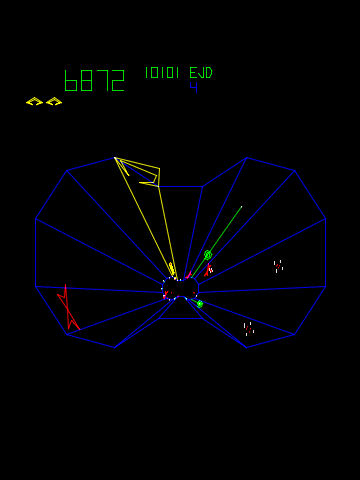 Like some other games of the period, Tempest was rendered using vector graphic technology (drawing lines of light) rather than the more traditional (and enduring) raster "pixel" method which most people still associate with video game. This gives the game a very unusual, unique look; I'd suspect many layman gamers associate the two more than any other style (if someone knows what vector graphics are, they'd probably immediately think of Tempest). 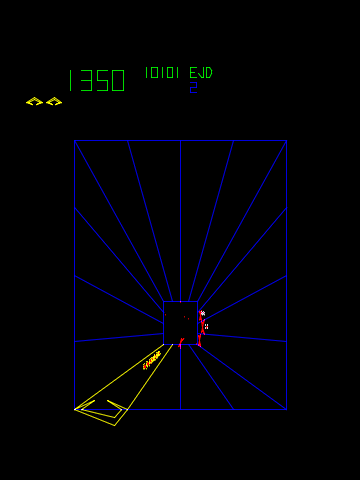 The game is a fairly simple, "into the screen" shooter. You control a blaster which sits along the outer edge of a polygonal shape, and you blast opponents which dance along that shape's wires towards you. Blast them before they get to you - if they travel to the outer edge along with you, then you are in some trouble! The game is fast, exhilarating, and surreal - play consists of clearing boards as quickly as possible and advancing through to more difficult ones. Topping it off is a radial control dial (much like the one used in Arkanoid) which you use to slide your craft around the edge. It's a very close feeling of control one gets, and very satisfying and "different" compared to the usual style of control back in the day. 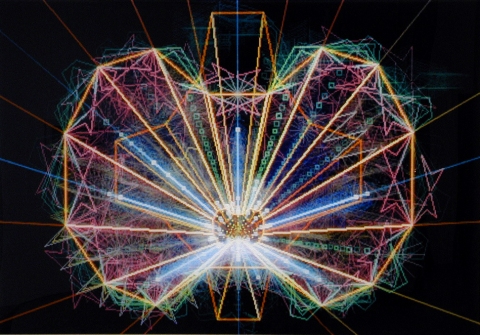 Tempest is an example of a lot of great little ideas which came together wonderfully, with excellent execution. The game is by no means perfect, but it is extremely exhilarating and even in its primitive form, still stands up today quite well (and is held in high regard). If you've never played Tempest in any of its forms, I recommend that you seek it out.