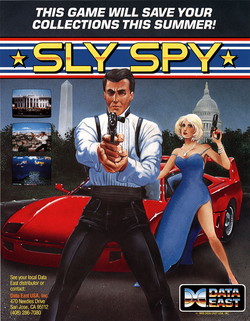 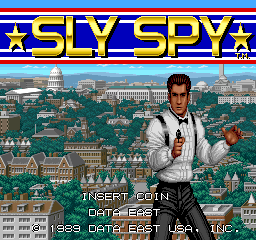 And here we have Japanese developer Data East's love letter to the James Bond mythos. That probably isn't much of a surprise, judging by the screenshots. 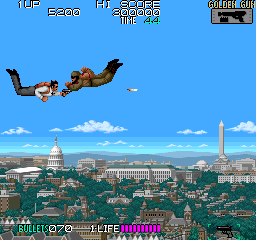 Sly Spy never made much of an impression in the local arcades (beat'em-ups were starting to dominate the scene) and it didn't have a bonafide license attached to it to really garner any sort of acclaim, but for those willing to offer up a quarter, the game was a solid little action contest wrapped up in a graphically pretty package. 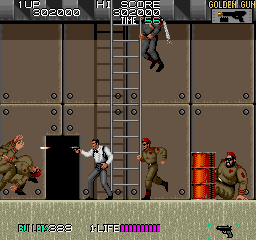 The game supported several different styles of play,depending on the level you were in... motorcycle riding, skydiving (and fighting), scuba diving (if memory serves) among others, though the general gist of this was a Shinobi-style "walk to the right and dispatch your foes" type of game. 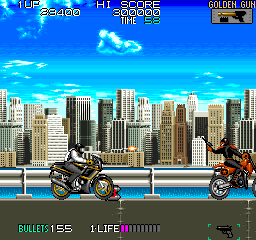 Sly Spy was a pretty slick little game back in the day, with a tight presentation and a few gadgets that made you chuckle. Bond fans would appreciate this. The rest might have forgetton, but you gotta give Data East credit for their fanboy service (and building a solid and enjoyable action game around it!)