Retro Game of the Day! Override 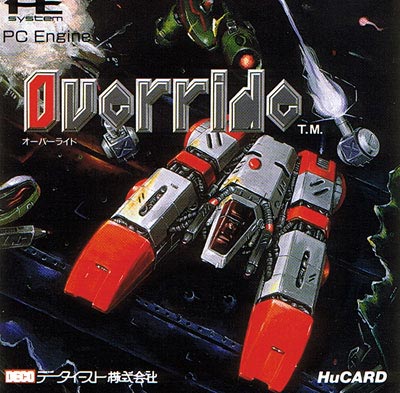 Override by Sting (whoever that is) and Data East, a 1990 release for the PC-Engine (Japanese version of the TurboGrafx-16 by NEC).

Welcome to another vertical outer-space shooter on a system known for releasing plenty of these! Shoot, dodge, powerup, megablast, and of course, don't die - that's your whole game right there.

The first thing you realize when you power up this HuCard is that this game is fast - disorientingly so. It makes the game a little difficult to look at as your eyes adjust, and in so doing feels instantly intense. 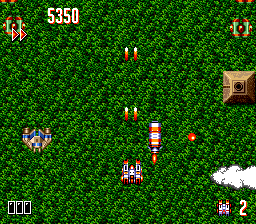 Soon after, you'll realize that it is just another shooter however, nothing special to see here. Game like this were literally a dime a dozen during that age, and a game like Override was forgotten by the masses as quickly as it was released. In spite of that, I have a soft spot for these games as they are just dumb fun and good for a jolt now and then. Top it off with the fact that I love the soundtrack piped through many the PC-Engine's titles, especially in these fast-action games, and I get lost in the stupid killing pleasure of it all pretty easy. This is the Full House of shooters, what can I say. Generic, but substantive in that you get what you expected. 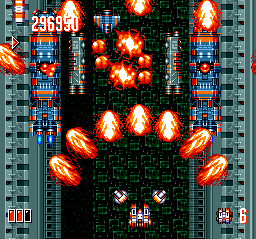