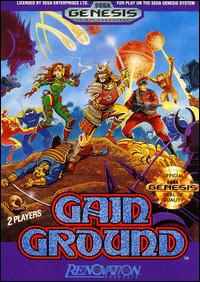 Gain Ground by Sega, original arcade release in 1988. Ported to several systems (most memorably the Genesis a year or two later). 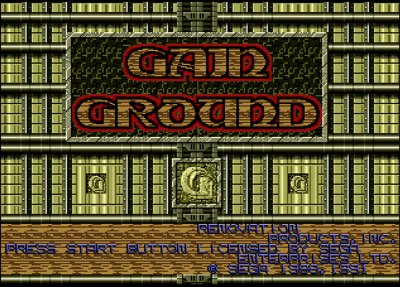 Here's an odd little game which no one, and I mean no one, ever really mentions for some reason or other. I mean, this was the one which got ignore when you were going to rent something, and if it was all that was left on the shelf next to Populous (which you'd already played) then you'd probably grab Populous again, instead. 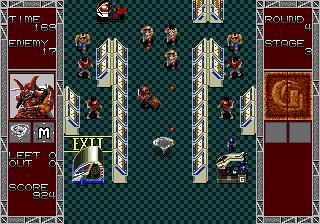 I'm not sure there was any good reason why Gain Ground was so unmentionable - it arrived fairly early into the Genesis' lifespan, it was published by Renovation (they didn't make phenomenal product in their day, but their lineup was quite solid). I'd say it was a combination of the game looking uninteresting, sounding uninteresting, and just oozing some blandness overall. I never saw an arcade for it either (supposedly it was running on the System 24 board, which ran the wonderful Crack Down as well I believe - another top-down game, which was floppy disk-based if I remember correctly, which is quite strange for an arcade machine!) 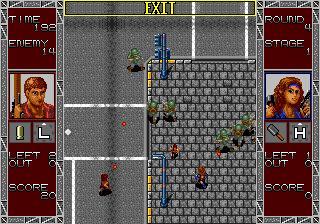 In spite of this all, GG is not a bad game. It may look pretty meh, but it was fun in its' way. Basically, your characters are trapped inside an giant crazy computer (man, I hate it when that happens!) and you and a buddy must rescue all your cohorts and get to the big yellow "EXIT" on each screen, all the while avoiding the enemies and their deadly projectiles. It starts out mellow, but quickly becomes quite easy to die. 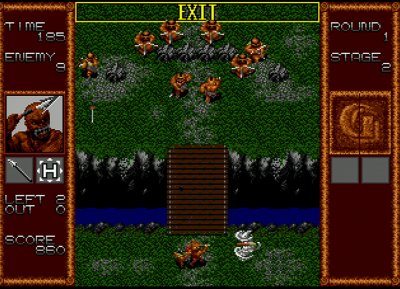 The game is nice, and there's a fair bit of strategy involved. The 2-Player aspect really brings it home, and the theme is pretty nice (start out in prehistoric times, and evolve to futuristic weaponry as the game progresses). Gain Ground is just another overlooked game from days long past which still holds up as quite satisfying today. If you have nothing lined up some boring weekend, maybe dig this one up and give it a shot. Quite fun.