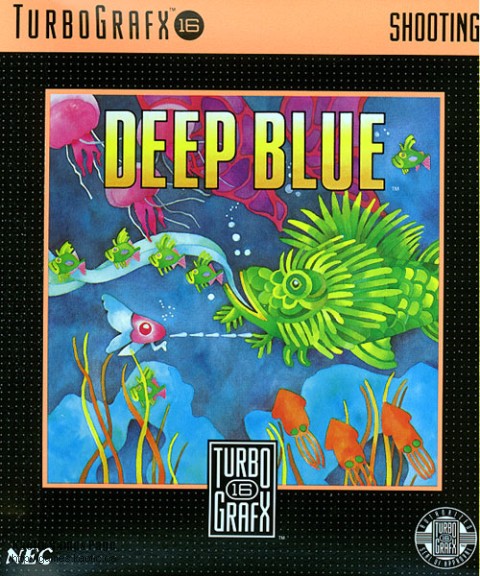 Deep Blue by Pack-in Video for the NEC TurboGrafx-16, 1989 release.

Here we revisit, once again, the Rogue's Gallery of videogamedom, in a way. Lots of launch titles for different systems are less than memorable, but seldom are they so hated. Deep Blue - an underwater shooter featuring a marine theme -looks innocuous enough. Why all the hate?

Simply put, this game is difficult. So difficult in fact, that most regard it as unplayably unfun. That's too bad, because it had a very unique style to show off when it launch with the system, the name sounded cool, and hey - how hard is it to program shooters, anyway? 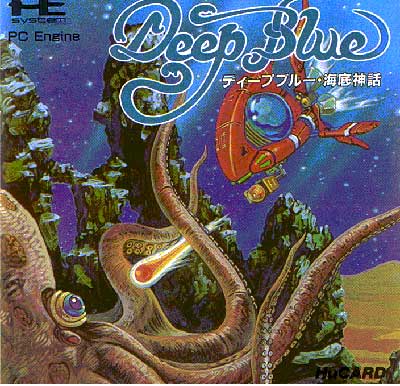 I think it is safe to chalk this one up as misunderstood, and mismarketed. Deep Blue looked nice in screenshots, but it was truly a game designed for the more discriminating player. It's not a bad game, but the fact that the player's "fish" ship moves so hellaciously slow compared to the steady onslaught of very speedy opponents throughout the entire episode, made this quite an ordeal for your average gamer.

DB does have some things going for it however, and as a result it does have its fans. This is likely more of a strategic shooter, in a way, than many of it's bretheren. Don't shoot, and your health recharges (this is contrary to the philosophy of most similar games of the period, where you must constantly blast everywhere in order to stay alive). A pretty game at times, it might not have aged well but it's a game I am lad to have and one which deserves to be remembered for stubbornly sticking to it's (fishy) guns, and bringing something different to the table. Whether we liked it or not! 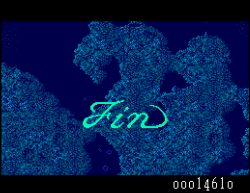 And of course, this is the last thing you see after your A.N.G.E.L. attack sub gets destroyed. "Fin." Get it? Oh ho ho ho! Clever, clever (grimace)