Retro Game of the Day! Adventure 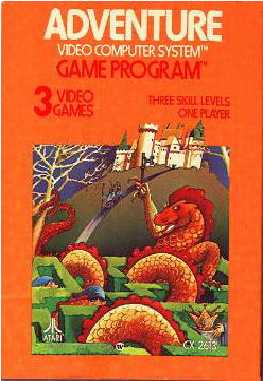 And here we have one of the original "you are a little block" games. Yeah, gamers now will look at a game like this and thumb their noses (well, if they knew to do that) due to the extremely low-tech on display here. I guess it's hard to argue, it looks like a game which could be built in 15 minutes.. but 30 years ago, this was absolutely a riot. 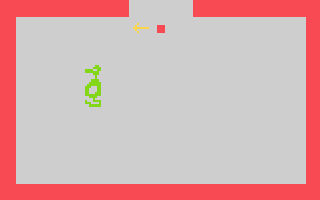 Adventure is probably one of the earliest console games I can remember which not only had multiple screens, but items that the player could carry and use (in this case magnets, swords, even a movable bridge!) You had a relatively large world to journey through in your quest to recover stolen chalices, and slay dragons. The dragons look like crazy ducks now, but back in the day when these things chased you it was kind of scary! 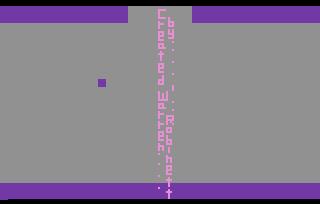 Unbeknownst to the publisher at the time, the programmer hid his name in the game through a bit of craftiness, as he was displeased with the notion that they would otherwise gladly claim all responsibility for his work. And so, the world's first known Easter Egg was born! Adventure is a simple and iconic game, like many from its' era. Still, it retains a charm all this time later, and many look back on it fondly.